Golf Magic - "Lee and Ian, is there anywhere in the world you wouldn't play?" said the journalist. "If Vladimir Putin had a tournament would you play that?"

First there was a brief pause before Poulter said: "Speculation, I'm not even going to comment on speculation."

There was more silence, a sip of water from Poulter followed by a deathly stare.

"I don't need to answer that question," said Poulter.

"I don't need to answer that question," answered Poulter.

"Lee, do you want to answer it?" said the reporter. "I mean, would you have played in apartheid South Africa, for example?"

Westwood replied: "You're just asking us to answer a hypothetical question there, which I'm not going to answer."

The reporter said: "Well they're moral questions aren't they?"

Westwood concluded: "We can't answer a question on that."

This is laugh out loud funny stuff. This guy absolutely put these two in his pocket with these questions. Lee Westwood looked like a deer in the headlights 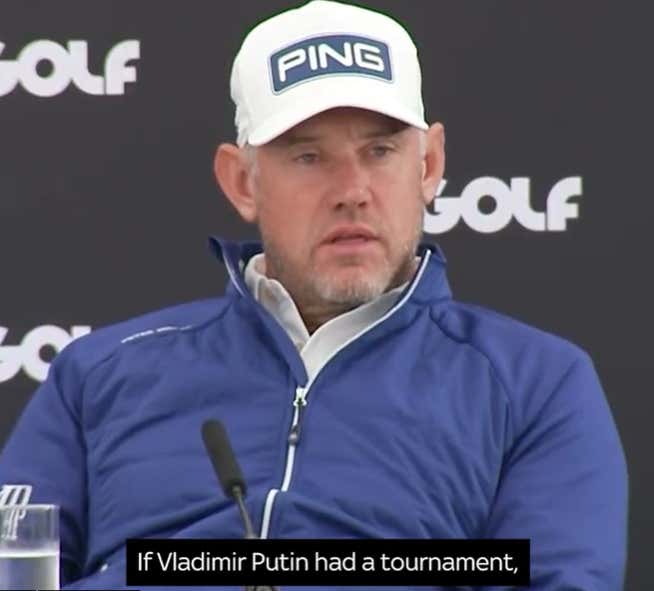 Where as Poulter seemed to be relatively prepared with a bullshit response. Almost as if the asshole has been preparing for this moment his entire life.

Which is to say… how did Westwood not see this kind of thing coming? Or any of these other guys? Are they really that oblivious to the idea of what they're doing here? How are they not more prepared?

It seems clear that LIV Golf hasn't stepped in and given these guys some talking points. Which I get, it's plausible deniability. They can't tell these guys not to talk about xyz because it would appear to be an admission that they're trying to cover up xyz. It's just remarkable to me that there are guys who really thought this would be as simple as "cash check and play golf".

I suppose if they're signing the dotted line and playing in the first place, they extent to which they care could be pretty minimal. Yeah, money talks. That much is obvious. It's just so funny to me that this guy came armed with questions that there's literally no good answer to and they could not have been more flat-footed.

"Speculation, I'm not even going to comment on speculation" is right up there with Mark McGwire's "I'm not here to talk about the past" in the bullshit answer HOF

Gonna be a long back 9 for these two.