CoS - Abbi Jacobson’s A League of Their Own reboot series has received a release date. The adaptation of Penny Marshall’s 1992 classic film will premiere August 12th on Prime Video. Along with the news, the streamer shared a minute-long teaser soundtracked by Stevie Nicks’ “Edge of Seventeen.” Watch the clip below.

“A League of Their Own evokes the joyful spirit of Penny Marshall’s beloved classic, while widening the lens to tell the story of an entire generation of women who dreamed of playing professional baseball,” reads the official logline. “The show takes a deeper look at race and sexuality, following the journey of a whole new ensemble of characters as they carve their own paths towards the field, both in the League and outside of it.”

Jacobson co-created the series with Will Graham (Mozart in the Jungle), with both serving as executive producers. Gbemisola Ikumelo, Kelly McCormack, Roberta Colindrez, and Priscilla Delgado round out the primary cast. Rosie O’Donnell, who portrayed one of the Rockford Peaches in the original film, will guest star during the first season.

All eight of the hour-long episodes will premiere on August 12th.

I'm pretty excited for this for a few reasons.

1- I used to think Amazon Prime was a bunch of garbage. Awful shows and movies and just a waste of a streaming platform. But then I watched "The Boys", and more recently "Outer Range" and both are fucking awesome. I've also heard that "Reacher" and "Fleabag" are excellent. And every girl in the world is obsessed with "The Marvelous Mrs. Maisel". So Amazon Prime is legit now.

2- The original film, and its premise as a whole, was great.

I remember the first time seeing "A League Of Their Own" when I was a little kid. I had no idea it was based on a true story. The entire time watching it I thought it was just a fictional movie based on a fictional idea. Jimmy Dugan seemed like the fuckin man, Geena Davis was a fucking BABE, and before I knew what the definition of insufferable was, I knew Kit was it.

Turned out shortly after I was informed it was a movie based on a true story and I ended up loving it even more.

Both the show and original film take place in 1943, when the real-life All-American Girls Professional Baseball League was formed. Marking the first of its kind, the women’s league was created to keep baseball in the public eye after the majority of male players in Major League Baseball were drafted to serve in World War II. According to Variety, however, the series focuses on a different team than the movie and features a completely separate storyline.

Jimmy Dugan, as a minority male character in the film, arguably stole the show in the movie. He was a dirtbag, but a loveable dirtbag. I was too young to know what the "The Clap" was, but Jimmy taught me that it was something I definitely wanted no business with.

And I can't think of many current actors better to fill his shoes in this reboot than Nick Offerman.

And look at him in this trailer- 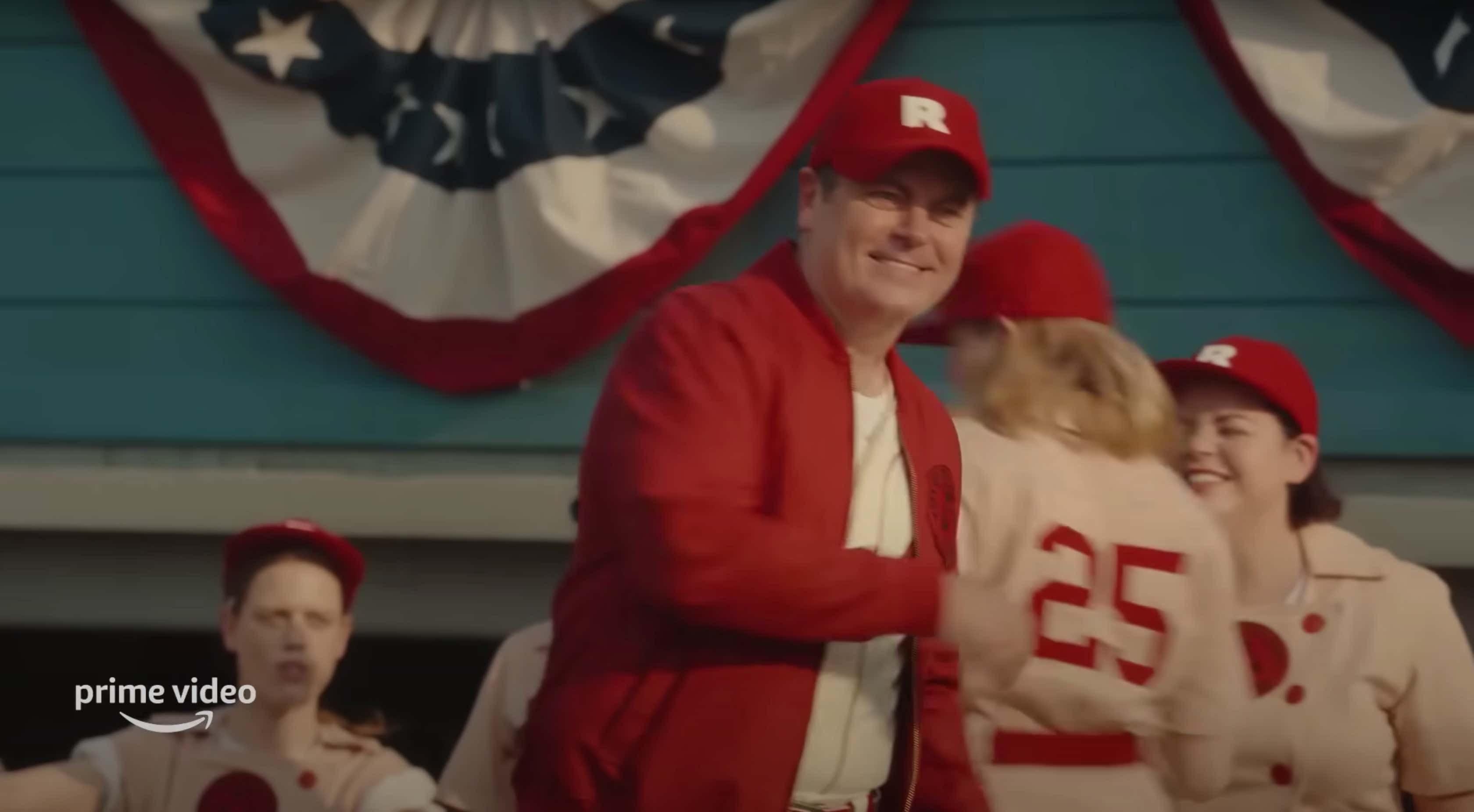 I don't know any of these other names casted but all I do know is one of them better be playing the Marla Hooch character. And the real deal one, not some 2022 woke version of her.

p.s. - what an all-time scene and all-time line from Marla's dad - "Nothing ever going to happen here. You have to go where things happen."