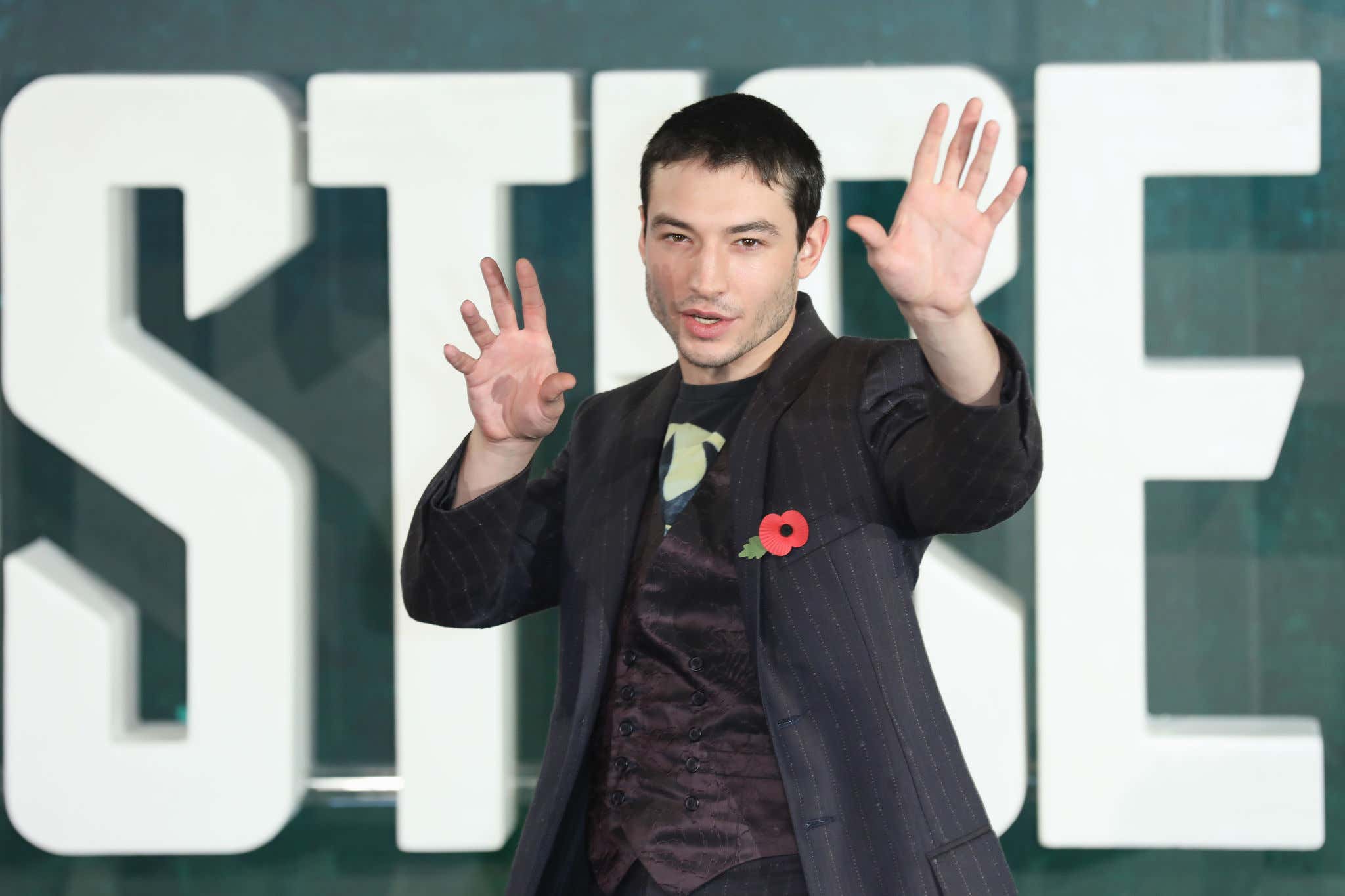 It's the beginning of a new month which means it's time for batshit crazy actor Ezra Miller to get in trouble with the law. It seems finally the good folks of Hawaii got the hint and kicked him out of the state. For months I feel like all we heard was Miller got hammered at a bar, a house, or wherever and caused mayhem. Just looking back at recent blogs about this sociopath we've got the actor 1) breaking into a couple's bedroom whose hostel Miller was staying at only to rob them and threaten their lives saying "I will bury you and your slut wife" 2) assaulting someone at a bar who was simply playing darts + ripping the microphone out of a woman's hands who was singing karaoke to "The Shallow" 3) throwing a chair at a woman at her house and causing a half inch cut after being asked to leave because it was late at night. All of that, along with countless other calls to the police happened in the last few months. Recently body cam footage was released of one of the arrests

Essentially if Ezra Miller wasn't in a Hawaii court on any given day between March and April then it was a weird day.

This new story, however, may take the cake in the worst way

According to new legal docs, obtained by TMZ, Tokata Iron Eyes met a then-23-year-old Miller in 2016 -- when she was just 12 -- and the actor was visiting the Standing Rock Reservation in North Dakota. From there, Tokata's parents say she and Ezra developed a friendship they believe puts Tokata at risk.

Tokata's parents say Miller flew her to London in 2017 to visit the studio where "Fantastic Beasts and Where to Find Them" was filmed, as she was a big fan and Miller was a star in the movie. At the time of the trip, they say Tokata was 14 and Ezra was 25.

Not only that, they claim Ezra -- best known as The Flash in the DC superhero films -- disrupted Tokata's schooling at a private institute in Massachusetts so much, she dropped out in December 2021.

So basically Ezra Miller got bored of assaulting the entire state of Hawaii and moved onto taking control of a young woman's life. These two met when the daughter was TWELVE YEARS OLD. He was 23. What the fuck is going on here?

Her parents have attempted multiple times to reel her in and get her back in their protection. Their attempts were unfortunately rendered futile as daughter is now allegedly been traveling the globe with this nut job. My jaw is on the floor.

Good news though, the daughter released a statement to calm everyone's nerves. Yeah not sure there's one person in the world who believes this.

I mean Ezra Miller needs to be in jail and I'm not saying a 24 hour lockup deal like the Hawaii folks thought was enough. Like you can't let this person out in public anymore. We really don't have enough at this point to put them behind bars for a lengthy period of time? Ezra Miller is basically being accused of kidnapping, but even worse? What are we doing here??? Allegedly using violence, intimidation, threat of violence, fear, paranoia, delusions, and drugs to hold manipulate a young adult?

I know in theory these allegations could be false and it all could be misunderstood, but Ezra lost the benefit of the doubt a long time ago at this point. Fresh off destroying Hawaii we're doing this now? This maniac is a threat to national security as far as I'm concerned.

P.s. On a much, much less important note Warner Bros. can't release this upcoming Flash movie right? No one is paying to see this screwball on the big screen. It may actually make zero dollars. Between Ezra and Amber Heard, Warner Bros. is really having themselves a 2022 huh?