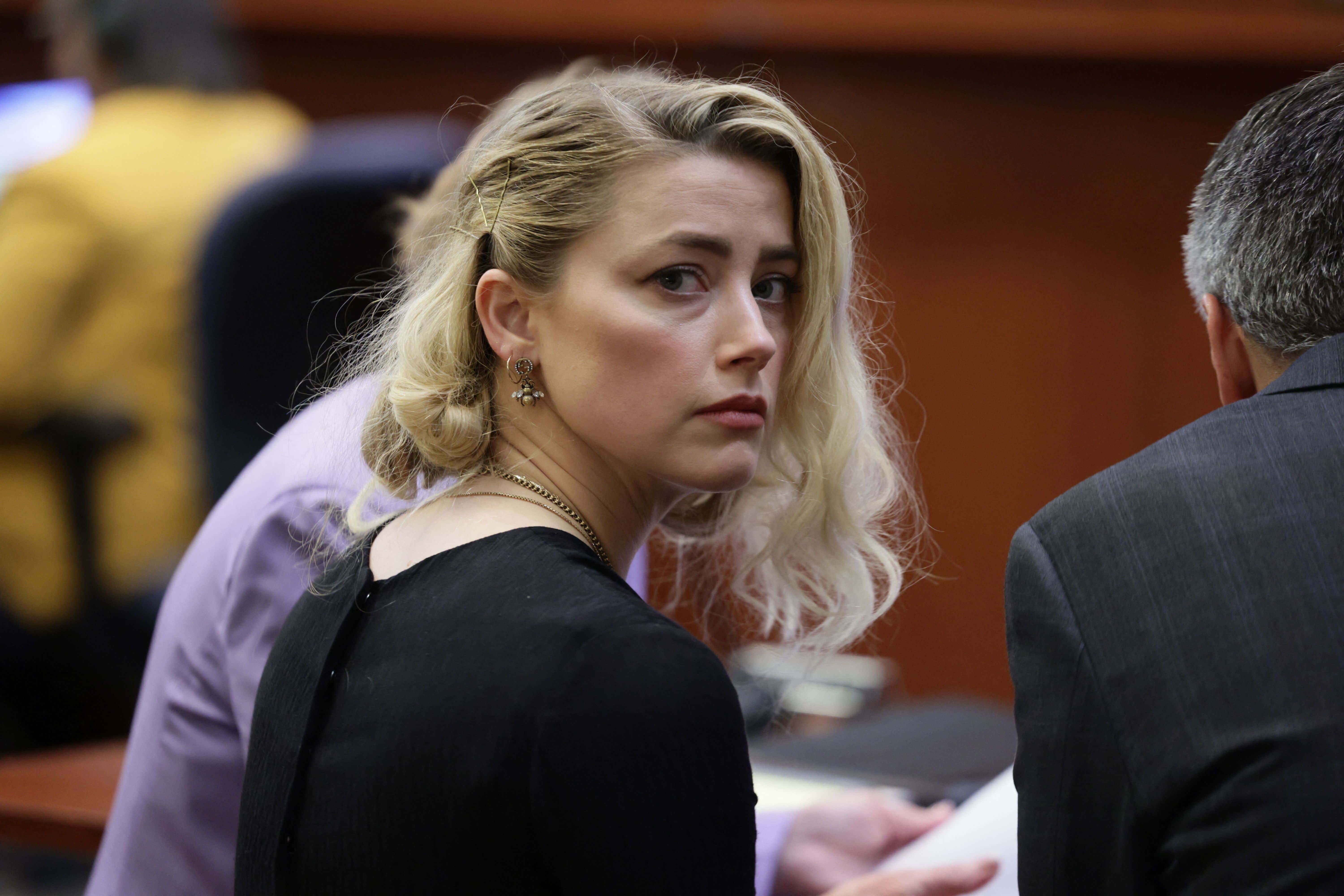 To mangle a phrase from America's finest law enforcement officer, Lt. Frank Drebin, maybe the problems of two people don't amount to a hill of beans in this crazy world. But Amber Heard and Johnny Depp are our hill. And they are our beans. We as a people have been too invested in their lawsuit for too long to just walk away now that it's over and he won.

One of the major fallouts from the early stages of their public mud wrestling match was that Heard's accusations of Depp's physical violence against him made him a pariah in Hollywood. Even though he's been one of the industries most bankable stars, there was no way Disney was going to put him back as the face of one of their most lucrative franchises and slap the face of an alleged domestic abuser on t-shirts and Happy Meals. So any chance we'd get treated to a 60-year-old Depp in Pirates of the Caribbean 9: Lemon Party at the Old Swashbuckler's Home, were gone for good.

So, if nothing else, she succeeded in costing him tens of millions in his percentage of the international gross, on accusations alone. Which I guess explains why he invested so many attorney's billable hours in fighting back.

And as it stands now for Heard, it's a "be careful what you wish for" situation. Because it would appear what she did to him temporarily might be the permanent state of her career. Disney might decided they do want Depp back in the Captain Jack Sparrow outfit. But it's unlikely Warner Brothers will want someone who pulled the old "blame the dog" trick:

... back in the green tights and fish scales in their DC Cinematic Universe:

Source - Experts have suggested that there is 'no way back for Heard in Hollywood' adding that the dramatic six-week court battle has left the actress, 36, 'too icky for a studio', raising questions about her future earnings.

The actress said throughout the trial that her profile has been badly damaged by the case, revealing how Depp suing her kept her from fulfilling a pledge to donate $7million to the American Civil Liberties Union. Entertainment industry expert Kathryn Arnold also testified that Heard lost out on possible earnings of up to $50 million.

Heard may also now struggle to honour various financial commitments, including to groups like the ACLU and the financial burden may curtail an activism career that has seen her support women's rights organisation.

The damages bill may also force her to sell off assets, including a $570,000 rural hideaway in Yucca Valley and a Range Rover she kept in the divorce from Depp. …

Heard previously said she had to 'fight' to retain her role as Mera in the sequel to the 2018 superhero film Aquaman, and that she has been cast in only one other film in the last two years. The role of Mera has netted her around $3 million.

British PR expert Mark Borkowski said: 'There is no way back for Heard in Hollywood. If you're sitting there making a movie or thinking about casting it, are you going to hire her?

'Look at the huge outcry about Aquaman 2 [where a petition to have her kicked off the film hit four million signatures last night]. The trial pollutes any marketing or PR to launch a film.'

Former entertainment lawyer Matthew Belloni, who writes about the business of Hollywood for the newsletter Puck, said: 'Both of them will work again, but I think it will be a while before a major studio will consider them `safe´ enough to bet on.

'The personal baggage that was revealed in this trial was just too icky for a studio to want to deal with.'

In no way am I going to advocate for Amber heard to lose her ability to earn a living just because she came out looking awful in a lawsuit. If everyone who is crazy wasn’t allowed to work in Hollywood, no movies would ever get made. For sure neither of these two crackpots would’ve ever been in front of a camera.

That said, she forgot the biggest rule of a performer. And this goes beyond your show business to every single field of endeavor. The best advice I ever got was from a comic and I was just starting out. He pointed out to me that essentially, it’s a pie chart. Play every piece of the pie is the exact same size. Yes you need to be funny. But you also have to be easy to work with. Be on time. Treat people with respect. And so on.

So you can be a colossal pain in the ass. But you had better have an immense amount of talent to go with it. That’s why I say, Marlon Brando kept getting hired even though he was a raving lunatic. Because he was one of the greatest actors of all time.  By the same token, Meryl Streep could take a flamethrower to the movie set with the director sitting in the middle of it, and she can still get any role she wants. Because her presence in any project equals critical acclaim. Amber heard, in case you haven’t noticed, is no Meryl Streep. No one ever bought a movie ticket or paid for a rental just to watch  her act. She’s a supremely attractive woman in a Merperson costume who can be replaced in 10 seconds by another even more attractive woman in a Merperson costume. Show business, to some extent is a meritocracy. At the very least, it’s got a pecking order. And she is not high enough up on the food chain to get cast in a production after she pooped in a bed and embarrassed her self in court.

Thus endth the lesson. It was an expensive one for her.