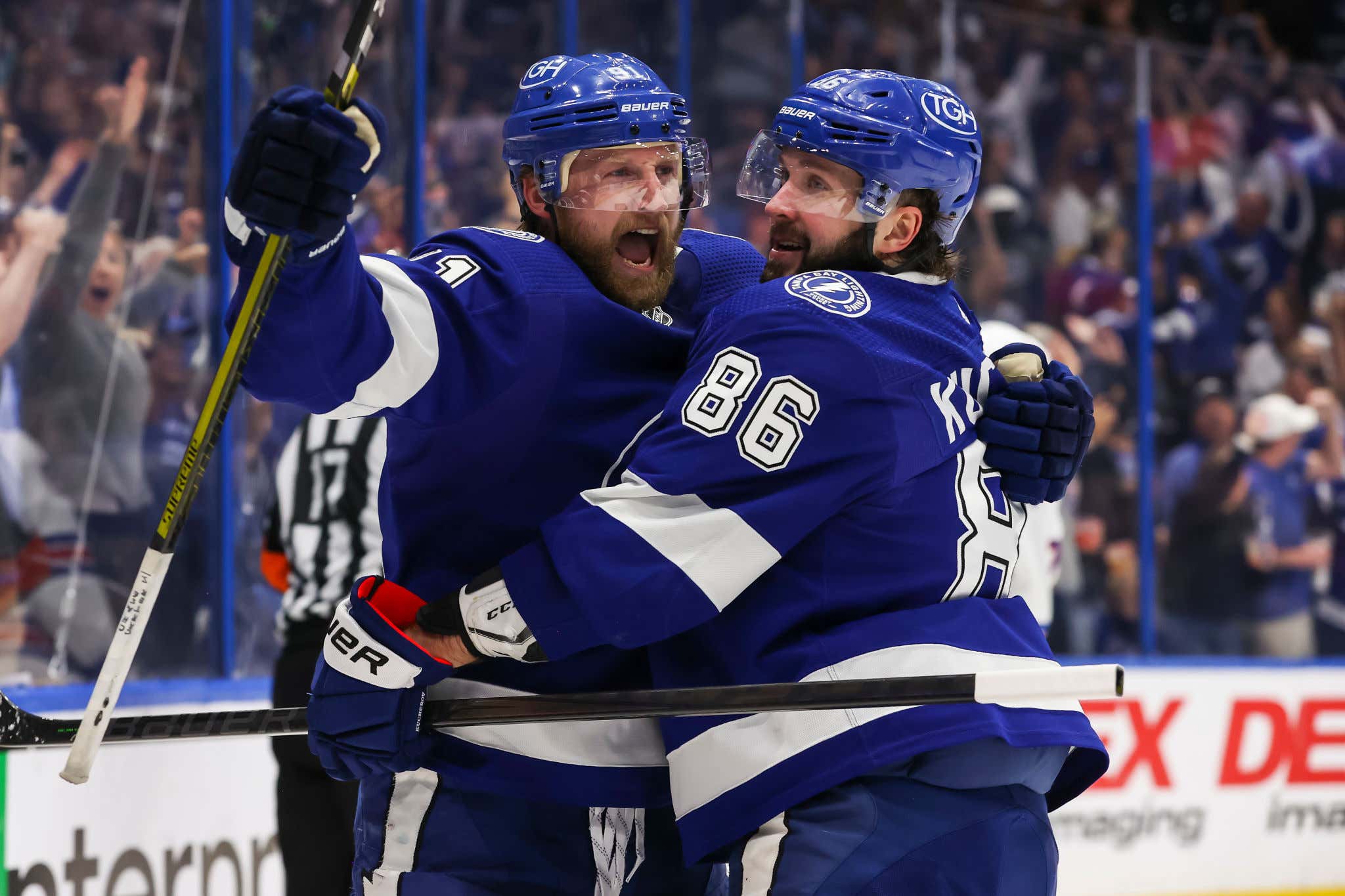 Well, that was simply a playoff clinic hosted by the two-time defending champs. The Bolts didn't come out flying. They played a calculated, controlled 60 minutes and didn't allow the visiting Rangers to get anything going offensively all night. Just a textbook mistake-free effort from the squad who knows better than any other how to get it done in the playoffs. Tampa Bay had to hold serve at home and did exactly that. Shocker. Now it's down to a best-of-three.

The Blueshirts have not only dropped two straight but health up the middle might become a big storyline for Thursday's crucial Game 5. Although Strome skated with the team pre-game he ended up a scratch. On top of that, Chytil left the game late in the second period with an upper-body injury. NY still has the luxury of home ice but that becomes a little less advantageous if they have to protect their house without their middle-six pivots. I've gotta think if Strome made it to warmups tonight then he should be good to go in a couple days. Chytil on the other hand, who knows. Realistically need at least one of them.

Listen it's not the ideal situation but how else did people think this series was gonna go if the Rangers were to come out on top? Before it started if you told me they'd chop the first four I'd have signed up instantly. Could they have stolen Game 3? Sure. Would that have been better? Of course. You're not gonna dismiss the Tampa Bay Lightning in an "ideal" manner though. It's gonna be ups & downs, peaks & valleys. Let's not forget this Blueshirts team is 5-1 in previous Games 5-7. When they've HAD TO win, they've won. They've also won 8 straight under the Garden roof. It's not Carolina on the other end and it's certainly not Pittsburgh - it's the fucking champs - but until Kucherov & Co. hand NY a loss in a situation that's been favorable for them all postseason, I'm not gonna panic.

All anyone's accomplished so far is what they were expected to. Big deal. The Rangers need to simply continue doing just that. The Bolts are still the ones who have to find a way to pull off something extra.