Few things on this.

1- I had no idea the Carolina’s had a boardwalk.

Is this the outer banks? If so these people are clearly "pogues" right?

My guess is this is more on-brand for Myrtle Beach though.

2- If you gave me one guess where this took place with a gun to my head I would have said Hampton Beach. To say I was disappointed it wasn't there is an understatement.

3- You knew shit was about to get real when the older lady took off her shoes and put them off to the side. When you see a woman do that, especially calmly, run and run fast.

4- Not trying to be classist here, but you gotta be pretty white trash to not only fight in front of your children, but to fight with toddlers wandering around in and out of the ruckus? Clean it the fuck up guys.

5- that lady needing to be held back at the end while the little kid was crying? Imagine that being your mom? Yelling, "DONT LET HER STOP YOU, DROP EM BOTH". Cringe.

7- The only bigger cheap shot in this was the guy asking to be helped up and then throwing a punch.

8 - I'm certainly no Cus D'Amato, but even I know if you've got a height and reach advantage on an opponent, you don't just let them get close to you and put you in a bear hug like this. 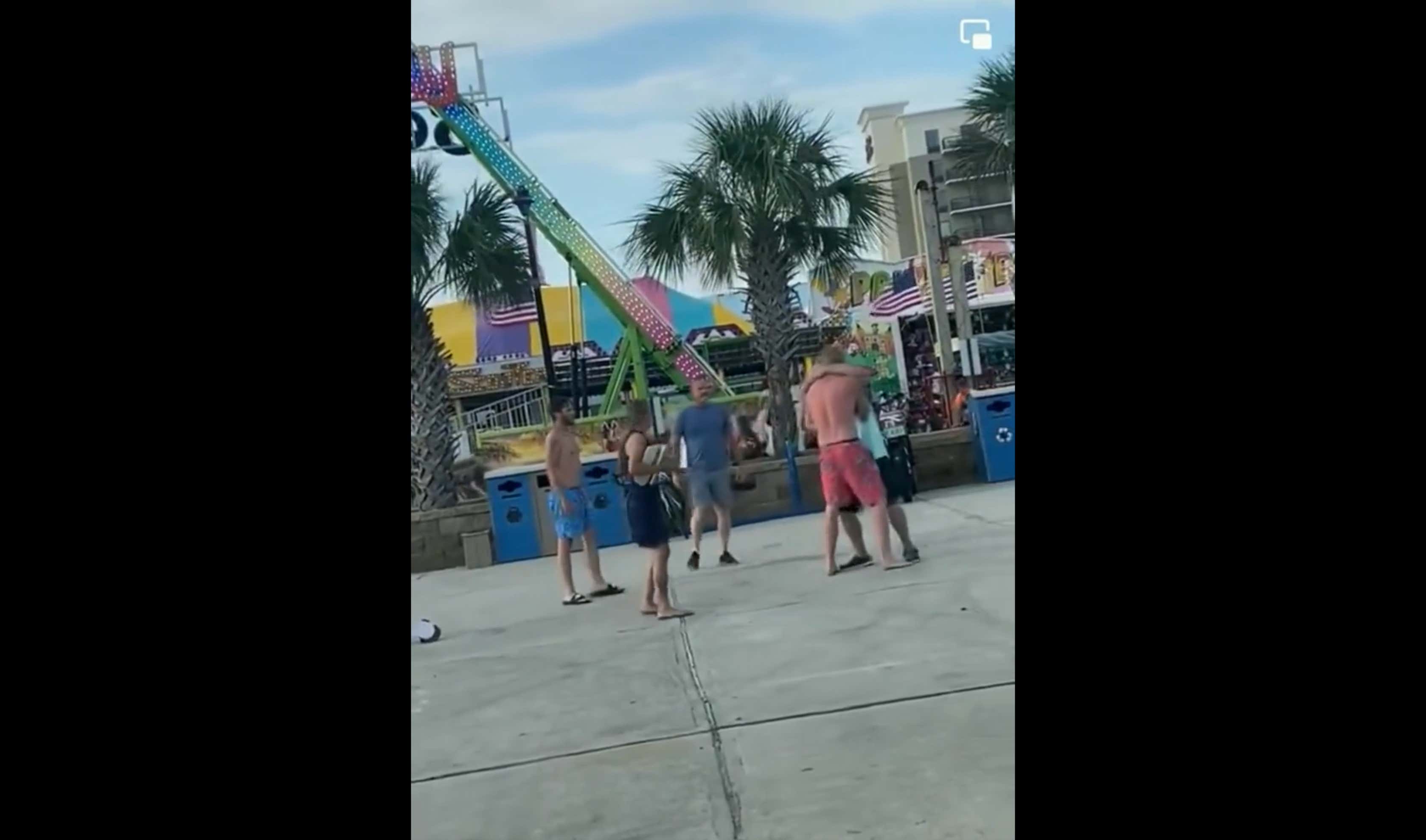 I think we all knew the second we saw that that big man was going down and going down hard.

9- Is there just no security anywhere anymore? Honest question. Where are all the people working today? They can't all be at Amazon. Every industry is still feeling the squeeze in hiring talent yet I've yet to have anybody explain where all these people are working now.

The one constant in all these social media fight videos (aside from the pussies holding the camera watching instead of stepping in and doing something to break it up) is that there is almost never security anywhere. Not only are they nowhere to be found, but they never arrive on scene to break it up. Airplanes. Airports. Dave and Busters. You name it. Where the hell are they?