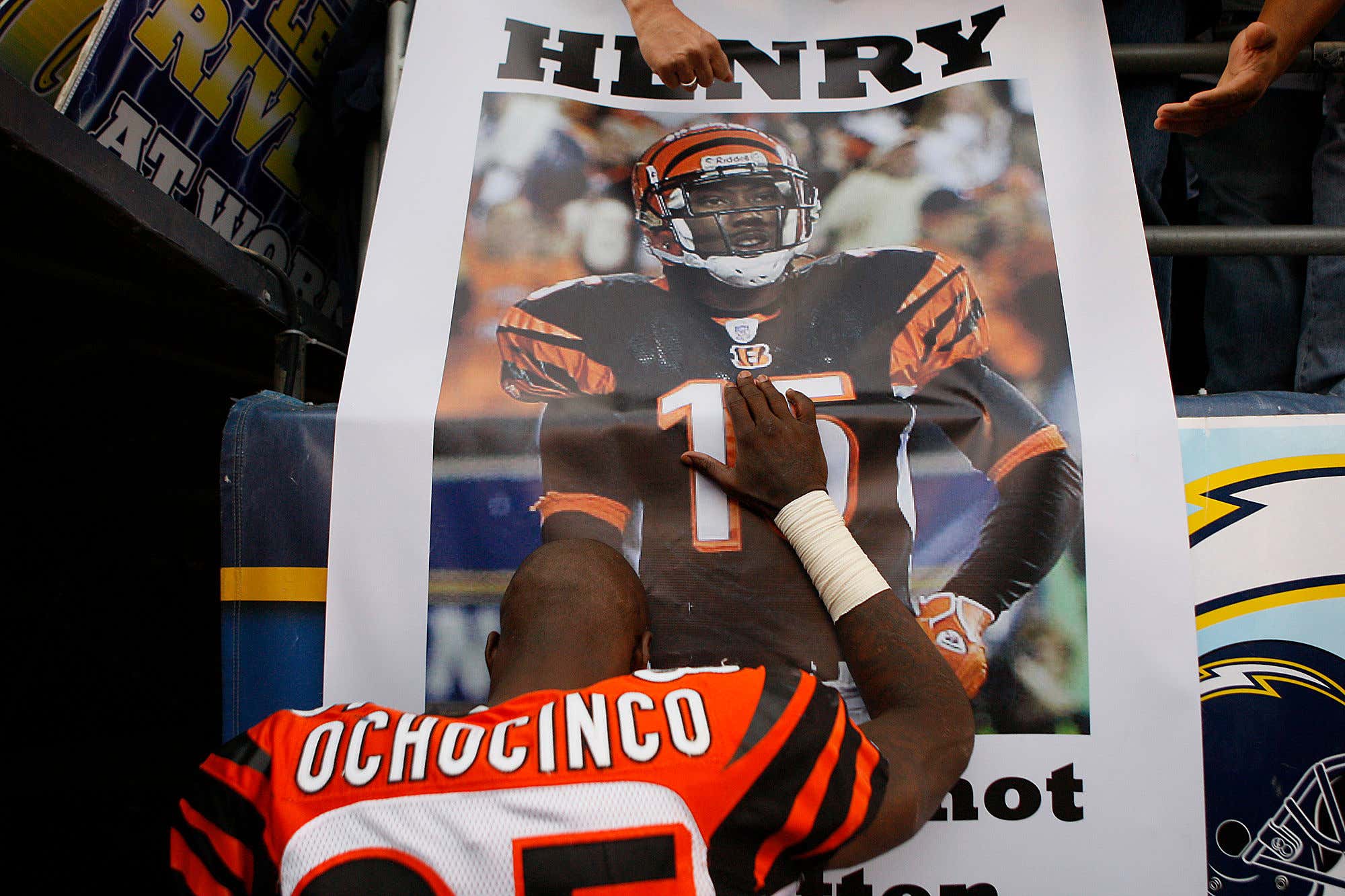 It'll take a while to provide the proper context for this Cincinnati Bengals-centric story, but I hope you'll find it worth your time.

Former Bengals cornerback Adam "Pacman" Jones wasn't NFL teammates with Chris Henry, but they played together in college at West Virginia and were best friends. They could've been reunited in Cincinnati during the 2010 season if not for a tragic auto accident that cut Henry's life short at the age of 26 on December 17, 2009. It was revealed via autopsy that Henry was suffering from chronic traumatic encephalopathy (CTE). The degenerative brain disease has been found in numerous NFL players as a result of repeated head trauma, which factored into Henry's off-field issues and multiple suspensions.

Although his NFL career was uneven, Henry had flashes of brilliance. With his wiry 6-foot-4, 200-pound build, "Slim" was excellent at creating big plays thanks to his long speed, huge catch radius, and phenomenal ball skills. His most notable play came in a 2005 AFC Wild Card matchup against the rival Steelers, as he hauled in a deep ball from Carson Palmer down the sideline for a 66-yard gain on the Bengals' second offensive play. The NFL are a bunch of hardos when it comes to embedding highlight videos, so here it is.

What I can share with you in this space is this interview Jones had with Shannon Sharpe not too long ago about adopting Henry's children. The interview was posted in September, and Jones said the adoption was finalized six to seven months before then after a lengthy process. This is truly moving to watch and is only about two minutes long.

With all that established, it's safe to say Chris Henry Jr. is taking right after his father on the gridiron.

Not far removed from his final day of middle school, Henry Jr. will attend West Clermont High School in Cincinnati this fall with multiple FBS scholarship offers already under his belt. After participating in an Ohio State football camp recently, the Buckeyes served up a spot for him in their recruiting class of 2026.

Buckeyes receivers coach Brian Hartline has done an outstanding job with his position group in Columbus, and if Henry wants to, he can join him in about four years' time. Other programs vying for Henry's services at this extremely early stage of the recruitment proceedings include West Virginia (as you might've guessed), Grambling State, Marshall, and Connecticut.

The following highlight is from a Mountaineers football camp not long ago, as the prodigious Henry shows shades of his father's downfield catching prowess:

You put the video of that 66-yard grab his father had and this footage of Henry side by side, and you can't help but see the uncanny resemblance. Even their builds are on course to be nearly identical, as Henry is listed at 6-foot-3, 170 lbs. on his 247Sports profile.

Way too early to tell what Henry's football future holds, but obviously, you could get off to a far worse start than he has in pursuit of playing at a big-time college program and perhaps, eventually, the highest level. For those of you who are big on college football recruiting, Chris Henry Jr. is someone you'll want to keep an eye on in the coming years. He looks like the real deal already.