Good. That's the best summation of my thoughts on this video.

Not because I'm not one of those people that's super against zoos or anything like that, but because I am a massive fan of those who play stupid games winning stupid prizes. If you reach your hands into an orangutan's cage, whatever happens from that point is on you. The monkey even gives him a couple seconds when it's very clearly in a position about to square up and the guy just stands there.

If there's any positive for this man to take from this, whatever company that shirt is from needs to hire him as a spokesperson immediately. That thing is made of fucking Teflon.

Also, I know it's the heat of the moment and all that, but ... just take the shirt off, brother. Let the monkey have it. This video is over in five seconds if he just slips out of his shirt that the orangutan is nicely holding wide open for him. 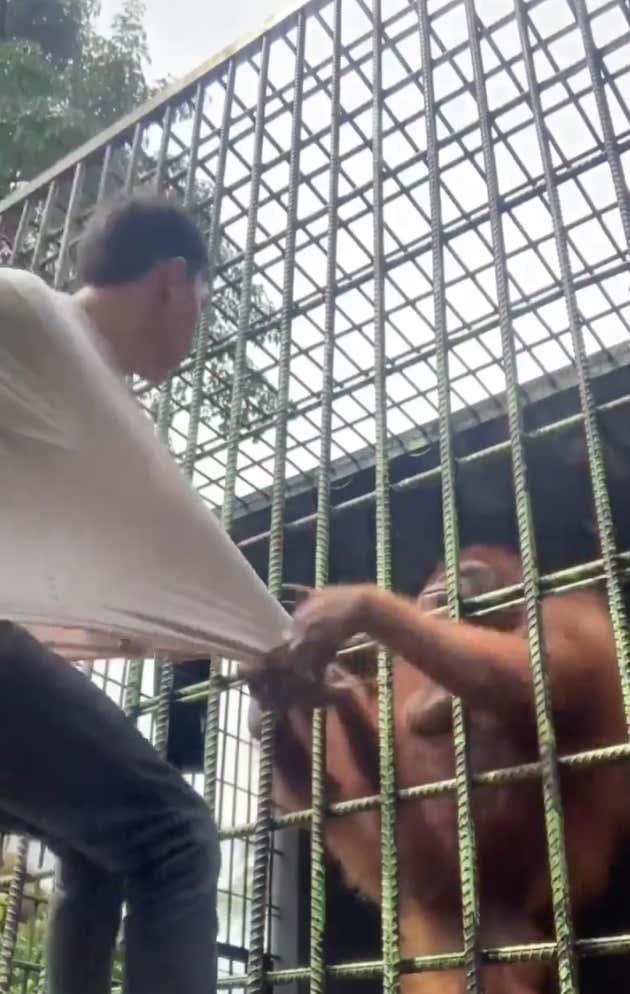 Instead, he tries to be a tough guy and gets absolutely bodied. If it weren't for that damn cage, this would have been a bloodbath. Don't be a hero, kids.

We discussed a situation on this week's Macrodosing regarding what animal you'd pick — tiger, gorilla, crocodile or rhino — if you had to spend 24 hours locked in an apartment with it and survive. I went with gorilla, but I will admit this video at least gave me pause as to picking a primate. Piss off a monkey and you are very much screwed.

Listen to the rest of Macrodosing for similarly stimulating conversation.