I know tons of people have seen elephants in real life. I've seen no less than 40 basic bitch photos from Thailand of hoes on 'phants, I've watched all of the Planet Earth style documentaries, I've gazed open mouthed upon a newly married couple parading through their guests on one of these massive beasts (through instagram stories.) And yet...its hard to wrap my head around the fact that they exist. Look at this video! This elephant is sizing these humans up for coming into his house. Nosing around in their business, literally. The glaring question here - why didn't anyone pet it? Why didn't anyone feed it a peanut? Why are they ignoring this MASSIVE animal?? Maybe...they couldn't interact with it because it doesn't actually exist?

There's no other reason for the biggest animal I've ever seen to be ignored by people as if its invisible. Is it photoshopped? Greenscreen? CGI? Have all elephants I've ever seen, been CGI? I decided to do my own research, and ask my very own Basic Bitch bestie about her experience in Thailand with elephants: 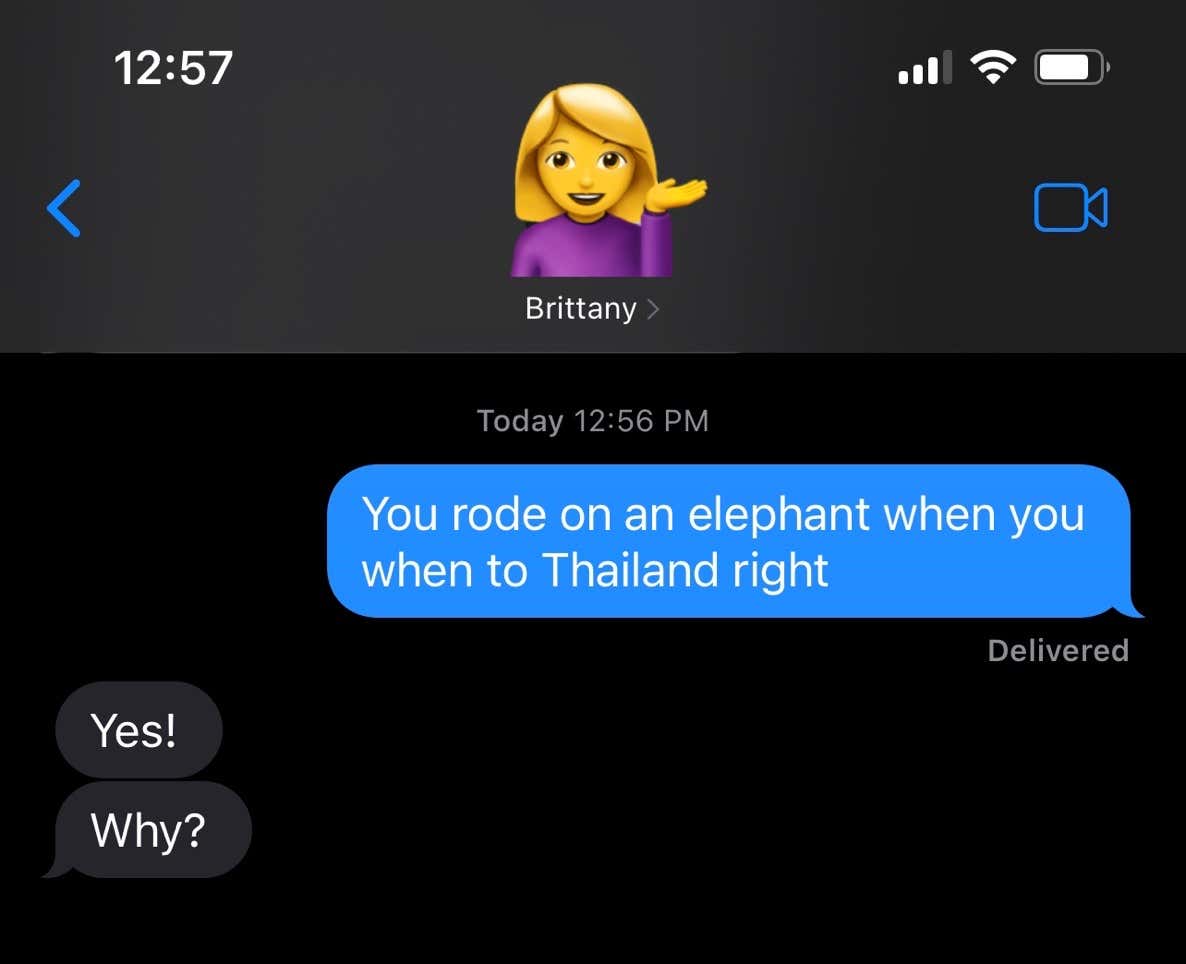 Fuck. They already got to her. It's a sad day when you realize your oldest friend went on vaca to a far away land, only to come back with a bunch of pairs of funky pants and a brainwashed skull. Tragic. The good news is, I'm not the only one wondering about this. People have MANY, MANY questions about elephants:

Mankind is so skeptical of their existence that they're asking in depth questions about "elephant" habits, JUST to trip everyone up. Oh, they're real? WELL WHAT DO THEY EAT? HOW MUCH DO THEY WEIGH? HOW DO YOU KNOW THEY WEIGH THAT MUCH? What about their TEETH? We're going as far as to dip into their family affairs! Why would anyone be asking where they live, if they weren't completely convinced that they don't live ANYWHERE AT ALL, BECAUSE THEY AREN'T REAL?

Sounds like I need to take a trip to a "place where elephants live." Will I come back alive, after I discover their secrets? Will I be brainwashed just like my friend? If you see me in the future on top of an elephant on instagram, make sure to reverse google search it. I won't be able to tell if I've been superimposed into an already existing "animal in the wild."