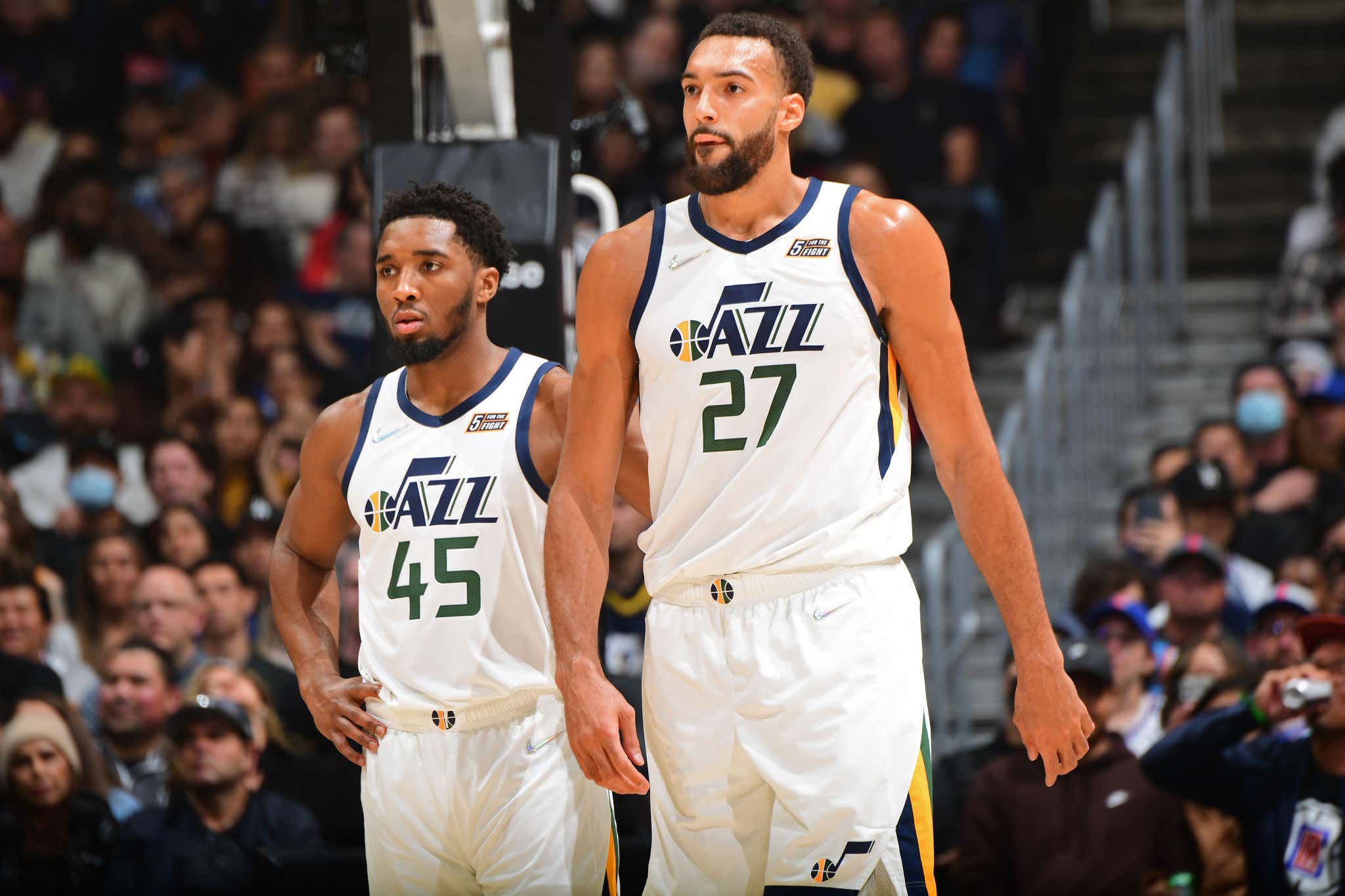 (B/R) - Any deal that lands Gobert with the Bulls would almost certainly include Nikola Vucevic, the two-time All-Star center Chicago obtained from the Orlando Magic prior to the 2021 trade deadline. Vucevic's contract will expire at the end of the 2022-23 season, and with Zach LaVine set for a lucrative free agency, Bulls brass has been considering their options at center since February's trade deadline, sources said.

Vucevic-for-Gobert seems to make more sense for Chicago, in the Bulls' efforts to fortify a defensive attack around LaVine. And while Vucevic is generally considered a net negative on the defensive end, the popular package that's been mentioned by league executives of Vucevic and second-year forward Patrick Williams would introduce the perimeter defender the Jazz have long been said to covet.

Chicago's willingness to part with Williams remains to be seen. The Bulls were strongly resistant to including Williams in preliminary conversations with the Detroit Pistons to acquire Jerami Grant before the trade deadline, sources told B/R. Adding Coby White, whose value the Bulls previously explored on the trade market, and Javonte Green would make the money work to match Gobert's hefty contract.

it was fairly obvious what the Jazz were doing. In the event that they once again underachieved in the postseason and had to face the hard reality of trading some core pieces this summer, they wanted one of the best to ever do it involved. For all Ainge's faults, the guy is called Trader Danny for a reason. It's hard to find a trade where he loses in terms of value, and there's a reason the Celts always seemed to have to pay a premium to execute trades because opposing GMs didn't want to become the next Billy King.

So if there are any Jazz stoolies reading this site (is Barstool allowed in Utah?), allow me to walk you through what your life is now going to be like over the next few months. Nobody knows living through an NBA offseason with Trader Danny calling the shots more than yours truly, so here's what you can expect.

1. The Jazz are going to be mentioned in every trade/player rumor known to man

This is the default action when Danny Ainge joins your franchise. There may be a player that in no way shape or form fits your team, system, or timeline, and this is what you're going to see Shams/Woj tweet:

That's how these things work. Is it bulllshit? Most of the time. I'd say 95% of the times we heard the Celts were "interested" or "rumored" to be in on someone, it was mostly bullshit that was clearly a leverage play. The downside to this reality is you're going to have to deal with a whole lot of "Almost Ainge" jokes/articles when Player X doesn't end up on the Jazz. Anti-Danny Ainge people literally get a boner when they can type "Almost Ainge". They can't help themselves.

2. Every leaked trade will look great for the Jazz

Here we have another constant. In no way shape or form is Danny Ainge going to allow a trade package to be leaked that wouldn't come across as a home run for the Jazz. You can take some solace in that. GMs don't rip off Ainge, Ainge rips them off. If not, he's perfectly fine doing nothing, even if it's a situation where you desperately want him to do something.

3. Expect nothing to happen but hope for the best

This might be the most important part of this process. It can be hard to stay level headed when you always see your team in trade rumors, and respectable writers are giving you legit nuggets with names you wouldn't mind having on your team. Sadly, while he is Trader Danny, it's never usually when you want him to be. Especially around the trade deadline. You'll get a lot of

"We talk to a lot of teams, we're always looking to make our roster better"

"It takes two sides to make a deal, and ultimately we were too far apart"

Or things along those lines.

So let's shift our focus to the first real Rudy Gobert rumor of the offseason. Does it shock anyone that the package being talked about is Vucevic & Patrick Williams? It shouldn't. You can see why the rumor exists. The Jazz potentially wanting a young versatile wing/big defender in Pat Williams makes sense, and offensively Vucevic certainly brings more to the table than Gobert. Would the Bulls do a move like this? I'm not so sure. Everything you hear about that front office is they LOVE Patrick Williams, plus with what they are about to be slated in terms of paying Zach LaVine, I'm not positive they would want another $40M player in Gobert on the books. There's no denying he would help their interior defense which was mostly a disaster, but this is more about the process of how Danny Ainge leaks work.

Oh, you want our franchise center? It's going to cost you an All Star caliber big and probably your best young prospect plus more just to get the conversation started. That leak helps set the market, sort of like what Morey did with Harden. How many leaks did we get during that fiasco? Ultimately, the Nets paid his price.

When I saw that tweet above this morning, it immediately brought me back to the gold days of the Trader Danny Experience. There's nothing like it. For any Jazz fan that may be sick and tired of all the talk being about how your team has to be broken up, the next few months are not going to be enjoyable for you. Not with Ainge on board and ready to reshape this roster into a group that can finally stop coming up short in the postseason.

Don't think Donovan Mitchell is exempt from this either. The Jazz can publicly turn down every reported leak all they want, but the one thing you have to know as a Jazz fan is Danny is really only overprotective of guys he drafts. Everyone else is on the table if the price is right and by right I mean someone is willing to overpay for Ainge to say yes.