There are moments in every person’s life where they are irreversibly changed. The birth of a child, the death of a loved one, trying wagyu steak for the first time, or meeting your childhood hero only to find out they are actually a giant douchebag. (I’m looking at you Steven Seagal. You are not half the man you pretended to be in Exit Wounds.) You can add to that list your first cow rave.

This weekend I was headed to Colossalcon in Sandusky, Ohio to visit an old friend. I pulled into the parking lot of Kalahari Indoor Water Park and was immediately greeted by a slightly overweight woman wearing nothing but a thong and unicorn horn riding on top of a 2003 Chevy Blazer. Kalahari is the type of place where this behavior is par for the course, so I didn't think much of it. It’s been described as a Walmart opening up into a pool and is the sort of facility where you should probably get a free tetanus shot with every purchase of a ticket.

We called my friend to see exactly where we should park while we carefully navigated the sea of nerds dressed as their favorite characters from whatever shows they watch while they don’t see sunlight. His response was, “Pull around the back and park near the cow stampede.” Now this is Ohio, which has a pretty aggressive cow/human ratio, so I didn’t even give this a second thought. But as we rounded the bend towards the area where the private villas were located I saw something I will never forget.

People dressed as cows as far as they eye could see. There were women with their pale breasts barely covered carrying signs that said “Mommy Milkers”. There was a guy with utters that dispensed Kahlua asking to be milked. And there was a large group of men wearing spotted assless chaps. They seemed to be drawn together by one unified need to dance to dubstep music and hate their parents.

But as I traversed the sea of black and white spots and they welcomed me with open arms, I realized something: There is plenty we could learn from this mass gathering of dweebs cosplaying bovine. Their energy and positivity was undeniably infectious. Glad Cow Disease, if you will.

Here are the top lessons I learned while stumbling upon the Cowlossalcon meet up:

Never Judge A Book By Its Cover

At first glance (and if they were clothed) this group would have been unassuming and probably wouldn’t have caught your attention. The type of kids you pass in the library or that serve you coffee and you never even give a second thought. But you get them all horned up, give them a theme and an 80 degree evening, and you have geeky hedonism.

These people were raging! I have been to some crazy places but this one was near the top of the list. It was like EDC Vegas but instead of buff bros and Insta hoes it was filled with extras from The Big Bang Theory. Great people.

Too often our society equates being nerdy with being a virgin. Let me tell you something, these people weren’t virgins. You could smell the clap in the air. They were offbeat grinding and gyrating on each other while pouring liquor in each other’s mouths.

They were handing out pudding shots and yanking on each other’s utters. If sexual tension was a cologne this place reeked like Joop! Just look at these subreddit posts.

That’s not a group of people who nervously sit next to each other wondering if they should give a kiss on the cheek when Star Wars ends. No, that’s what Hollywood wants you to believe. That’s a group of people who bang it out in Pokémon costumes and head back into the convention with dried up spunk in their hair. Arcade machines weren’t the only thing getting finger blasted this weekend, let me tell you.

There Are Still Really Good Drugs Out There 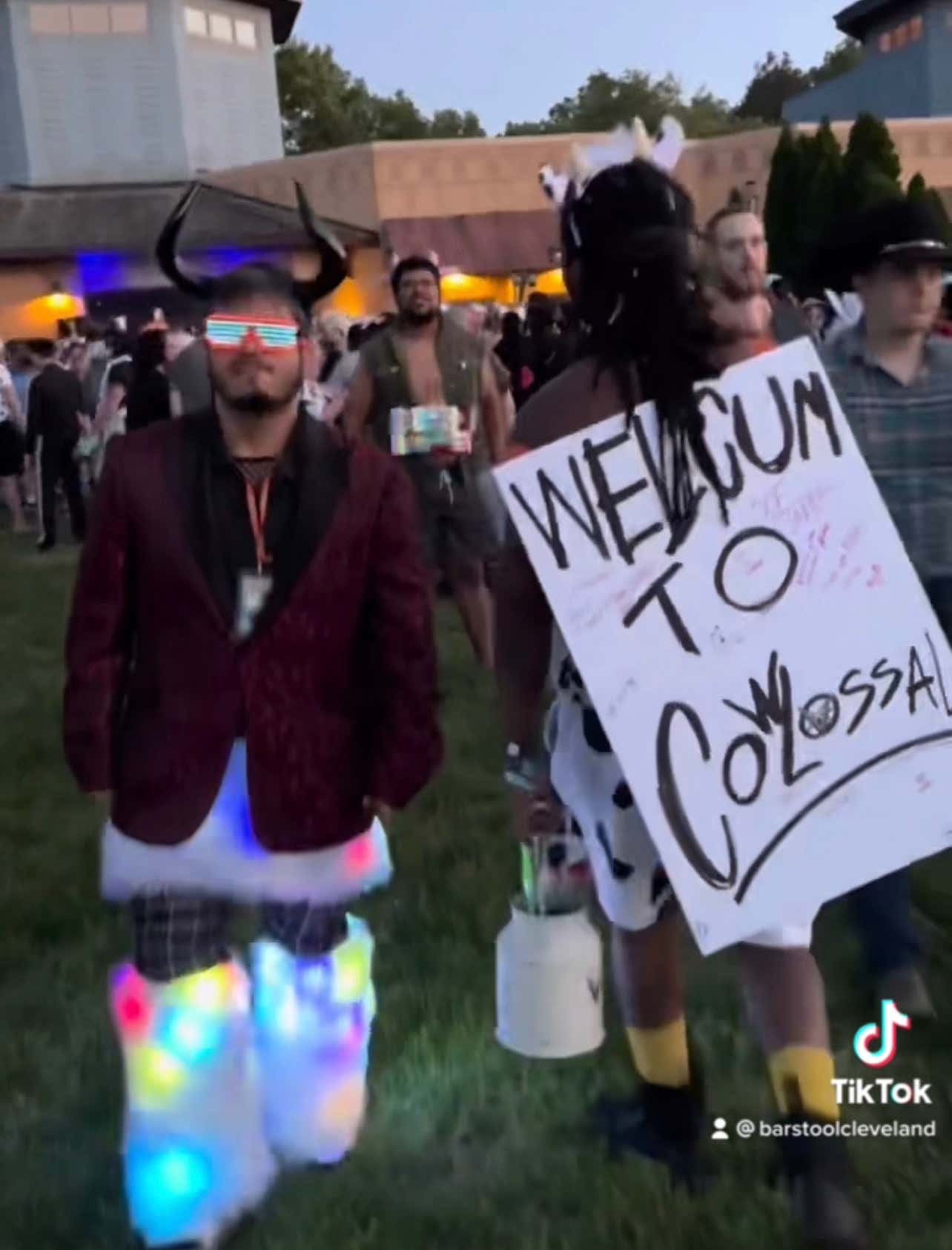 We now live in a world where everyone is trying to be cool. Even the assholes who argue about every little thing on Twitter are trying to impress someone. These people at Cowlossalcon couldn’t care less what you or I thought about them and it was amazing.

They seemed so free and happy. You couldn’t find anyone who wasn’t smiling from ear to ear and having the time of their lives. It felt like we stepped back in time to an era where people let loose, lived, and didn’t need every second of their lives to look perfect for social media. A time where what mattered most was friends and fun. A time where you could go out, throw on a cow costume, bang a stranger, and worry about the possible pregnancy or STD later. A simpler time.

I’m glad I was able to experience it, if even for a brief moment. Because in that moment I too felt free. I wasn’t trapped by the pressures of modern society. Instead, I was living in the moo-ment. And we should all strive to do that a little more.