We got another recap of Stranger Things 4 fresh out of the basement exclusively on the My Mom's Basement YouTube (SUBSCRIBE SUBSCRIBE SUBSCRIBE). Today's episode was an absolute treat in what many people have said is the best episode so far this season, with Kate Bush probably being number 1 on that list considering she landed number 1 on the iTunes charts.

If you asked Kate back in 1986 if she ever thought she would be number 1 on the iTunes charts for this song in 2022, she would've said "What the fuck is iTunes?" But there is no denying the song is as much a banger today as it was back in 1986.

This tweet also makes me somehow feel even better about the Mets chances to win the World Series this year.

However the real story here is the Stranger Things scene the song played in.

I don't think we can bet on Emmy winners in the Barstool Sportsbook. But if we could, I would responsibly bet that Sadie Sink would be taking home a trophy for that. Maybe we can give her a Dunkin (as long as she doesn't show up underdressed by Portnoy's standards). That scene had me standing up and cheering like a Thrones big battle episode. Max has only been around for 1.5 seasons but she feels as much a part of the crew as any character on the show.

A few other random thoughts:

- The Byers house constantly being in a state of disarray is one of the lowkey funniest running gags on TV. Poor Wynona is having a tough enough time raising two kids on a single mother's salary before the evil demons or U.S. government turns her house to Swiss cheese. I honestly can't wait to see how the Duffer brothers destroy it in Season 5 but this is gonna be HARD to top.

- I mentioned that I don't know where Joyce got a cool 40 grand from to bail out Hopper from the Gulag or wherever he is. Apparently that was money Hopper put aside for Eleven. I'd say I'm an idiot, but you guys already knew that. Plus anybody that remembers anything from before 2020 cannot be trusted.

- Fuck Yuri. All my homies hate Yuri (I admittedly loved Yuri because he seemed delightful and the name Yuri sounds like the Russian version of Eddie and I've never met an Eddie I didn't love. But fuck Yuri. And don't you dare make a R*d Ed joke here either).

- We got to meet ol' Victor Creel this episode and in the words of Billy Madison "GOOOOOO!!!!" 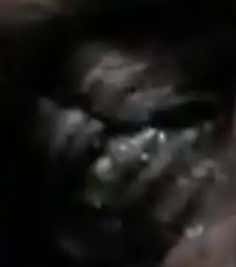 - Fellas, how many beers?

I ask this a lot when I am working but seriously, what am I doing with my life? I'm gonna puke not only for typing that but for having a brain that would type that.

Tier It Doesn't Matter Because They Aren't As Good As Skippy: Jif, Peter Pan, Whatever Healthy Shit Chief Eats, All Other Peanut Butter Brands

No chance anybody on the internet disagrees with that list.

- I mentioned it earlier but that Max scene fucking ruled and instantly raised the stakes for the rest of the season.

That's all my dumb brain has for now. The pre-sale for our Hellfire Club shirts sold out, so if you want one in order to help #KeepTheBasementLightsOn, you can join the waitlist here:

If you want to watch our quick thoughts on the first three episodes of this season, check them out below.