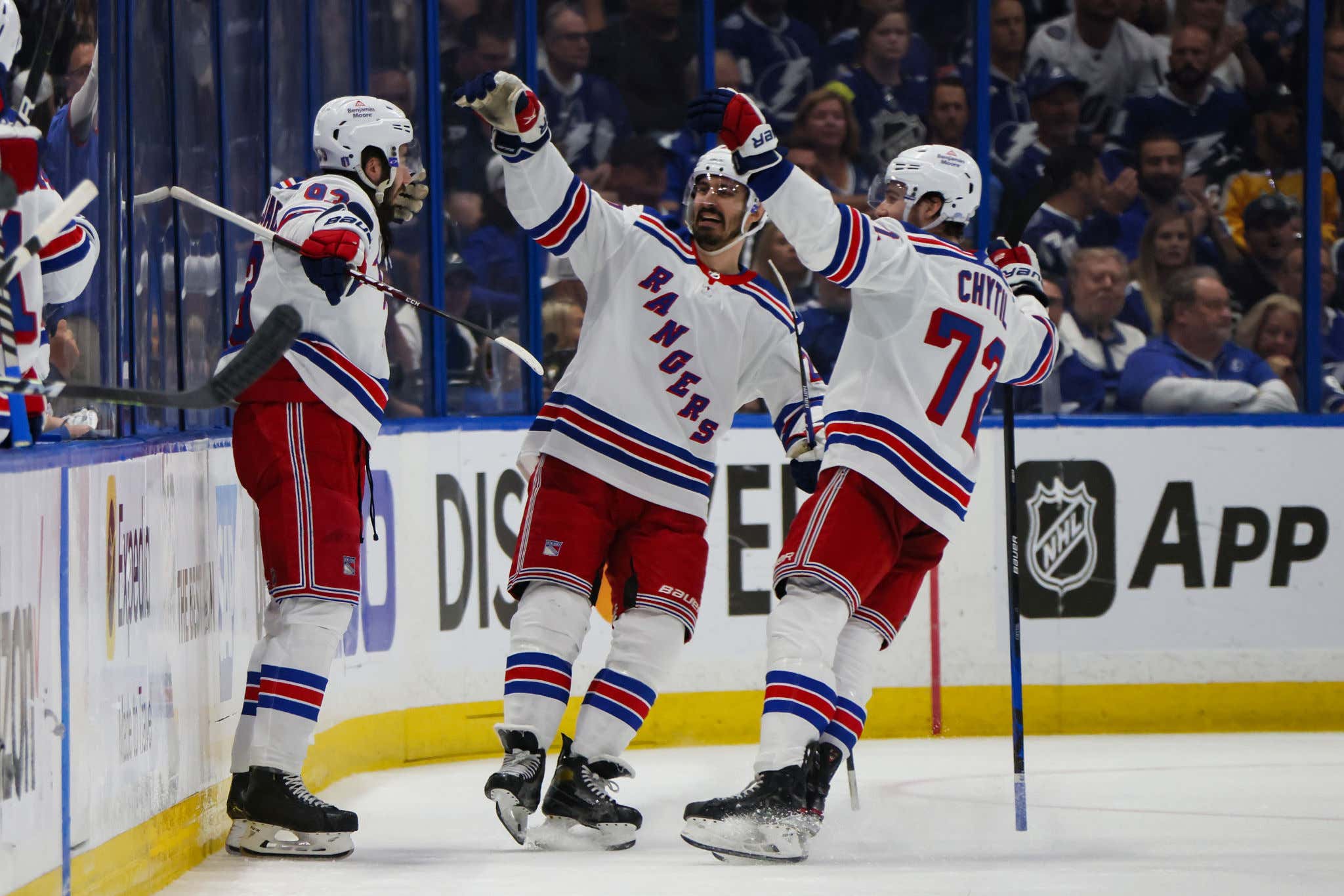 It's funny how much people overreact to one early result in a 7-game series. Just like winning the first two home games didn't lock up a trip to the SCF for the Blueshirts, a last-minute comeback home W for the Lightning doesn't guarantee them a third straight appearance. Let's look at the big picture here. NY has home ice advantage, held serve twice and gets another opportunity tonight to bust the series wide open with a road win. Out of 180 minutes played the Rangers have trailed for exactly 4 of them. The Bolts have scored a total of 3 5x5 goals as Shesterkin has vastly outplayed Vasilevskiy. Mika, Kreider, Fox & the kids are still buzzing and for as much as TB owned play (especially late) in Game 3 the boys in blue were mere inches from a shorthanded dagger that rang off the inside of the post & may have put the game away. There's plenty still in the Rangers' favor.

Did people think the two-time defending champs were gonna get swept? They were never gonna mount a comeback? Come on. Sunday was only the first of four wins they need to reel off in five tries though. Momentum is certainly on their side and they're obviously capable of sending the Blueshirts home - but headed into tonight's tilt they're still the underdogs to advance. They'll be out of leeway if they slip up while, even though it's not ideal, the Rangers are fine if they lose. Three game series with two at MSG where they've come out on top in 8 straight. No biggie.

I'm not saying this is a "whatever" game by any stretch. The longer this series goes, the more likely Brayden Point returns to a Lightning squad that'll already be sparked just by fighting their way back & pushing this the distance. It'd be in New York's best interest to make the Conference Final as short as possible and rebounding from a crushing loss to silence the fans at Amalie Arena before returning home for the killshot would be huge. Strome and Goodrow are expected to dress, so continue to play the same game they've been playing. The opportunities will come. The resilient Rangers are a disciplined 60-minute effort away from taking full control and Sunday's last-second GWG for the Bolts doesn't flinch me. Tonight they do what they always do.