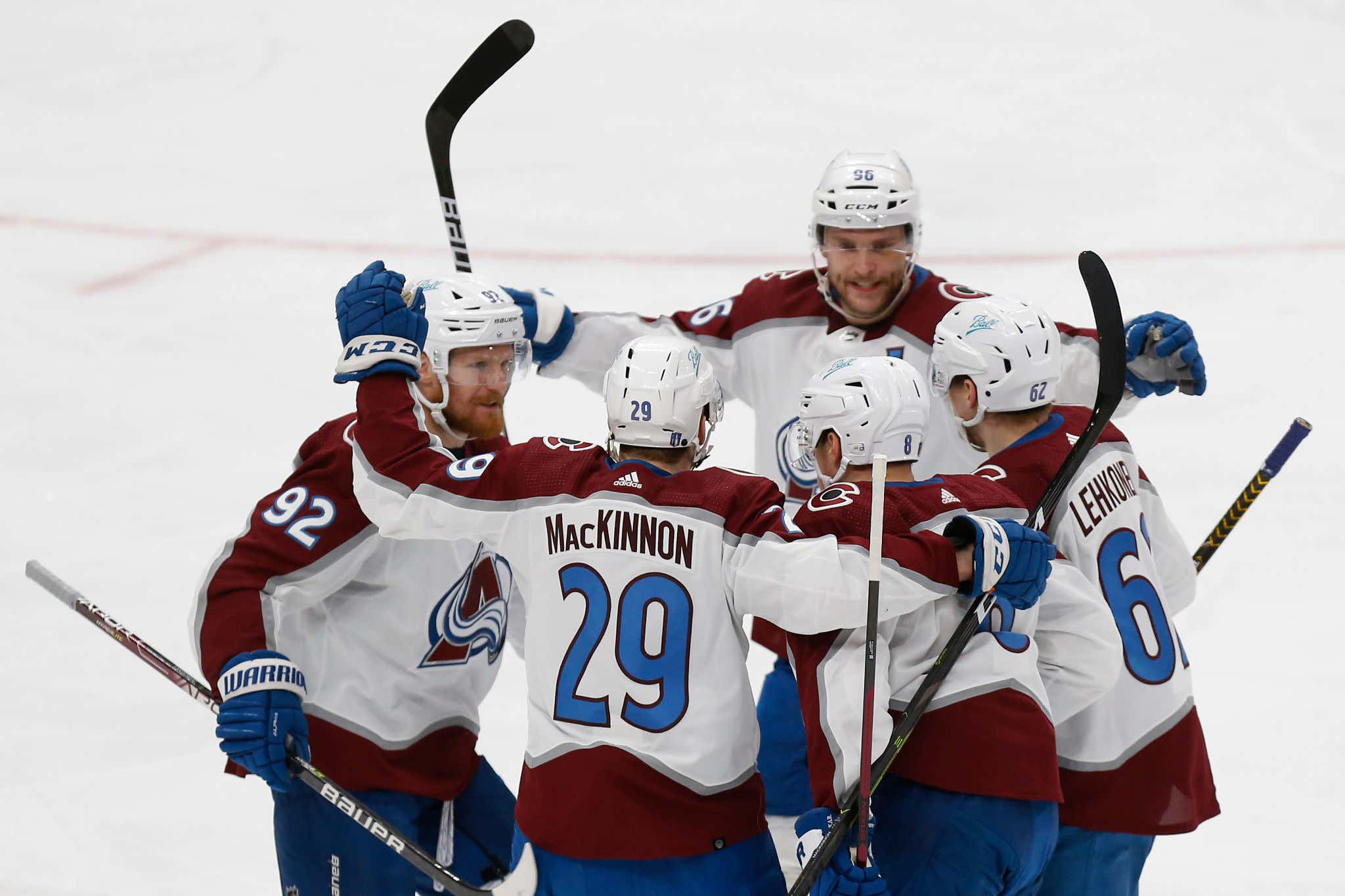 The Colorado Avalanche are going to the Stanley Cup Final!!! Three straight years before this of getting knocked out in the second round…the demons have officially been exorcized. Artturi Lehkonen made a close-call high-stick play on the puck before gathering it and ripping home the winning goal in a 6-5 overtime thriller.

Oilers goalie Mike Smith reacted this way in the third period when the Avalanche cut the score to 4-3, and it pretty much sums up how Edmonton should feel as a city after what transpired on Monday night…and on that winning goal above.

Poor guy. He's 40 years old. Maybe his last real shot to start a significant game. I tend to agree with Chief's strategy…if you also bet the Avs moneyline live, good on you!

Yup. Eleven goals. Six of them in the third period to force overtime. The Oilers had a two-goal lead multiple times and couldn't seal the deal in regulation. When you give a club as deep, dynamic and hungry as Colorado that many openings, it's hard to win.

Edmonton had eight shots on goal in the second period, and scored on three of the first six of those to jump out to a 3-1 lead before the final intermission. Connor McDavid scored the last of those goals on a power play beauty:

It was looking like the Western Conference Final would shift back to Denver, and the Oilers would avoid the embarrassment of being swept in front of their frenzied fans. Unfortunately, the third period proceeded to happen. Colorado took all of 31 seconds into the third to respond, as Devon Toews found the back of the net after a fortuitous deflection off an Oiler, only to see Edmonton fire right back with Zach Hyman's second goal of the night.

You know that 3-for-6 run I just discussed that Edmonton went on not far above this? Well, the Avs did them one better when it really mattered. Three goals on five shots in 5:49. Yeah this game was fucking nuts. Like, change-your-headline-multiple-times-because-there's-no-telling-what-the-hell-will-happen-next type of nuts.

Nathan MacKinnon scored later in the third to tie it at four on an absolute beauty…It's a truly sick parade of highlights we have going here…and an Edmonton penalty led to Mikko Rantanen giving the Avs a late lead a little over a minute later!!

SLOW DOWN Y'ALL!! What is with some of these games the Oilers are involved in this postseason? First it was the 9-6 loss to Calgary in Game 1 of the last round. Then to open this series, they lost 8-6 to Colorado. As someone who has to cover this shit, it's thrilling and exhausting to try to encompass and encapsulate all the chaos that's ensued. But hey, I'm happy to do it. FOR THE GOOD OF THE GAAAAAAME and stuff.

Anyway back to the amazing action that was.

McDavid and Leon Draisaitl weren't about to go quietly after such a third-period collapse. As it turned out, they had one last run in them on the attack. McJesus set up Draisaitl for a quality shot, and Zack Kassian was there to smash the rebound past Pavel Francouz to give us some free Stanley Cup playoff hockey between two of the most exciting offenses in the NHL.

Rogers Place was lit as fuck after this goal. Absolutely bonkers. I love it. Such a great turnout by Edmonton. They created an electric atmosphere in each of the last two. It just so happens that the Avalanche feel like a team of destiny.

Colorado will face the winner of the Rangers and Lightning, and I like their chances against either potential opponent. Not saying that because I have an Avs Stanley Cup futures ticket I've been waiting on, I swear! The Blueshirts are a little ahead of schedule in their incredibly impressive, rapid rebuild, and Tampa Bay doesn't seem quite as formidable as the past two years when they won the Cup.

If the Oilers can upgrade between the pipes this offseason, I like their chances to go deep. It was dope to see McDavid, Draisaitl and Co. play this deep in the playoffs. But sorry Edmonton, there can only be one winner here. To close this thing out, the following snippet of broadcasting gold is very apropos: