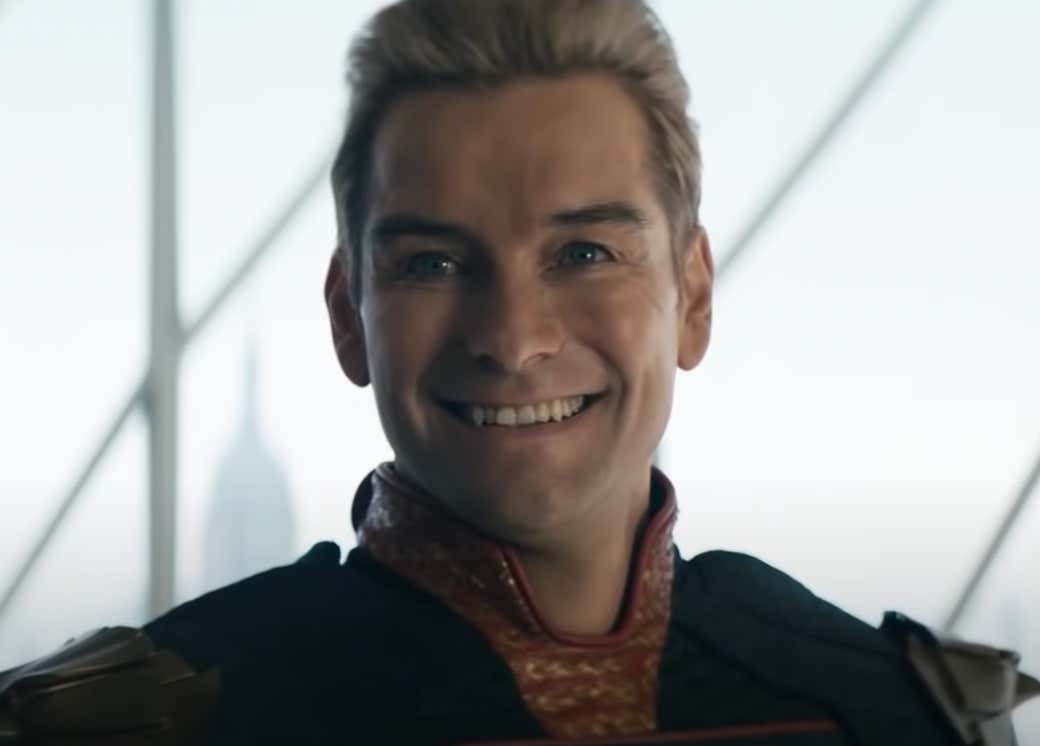 Every time The Boys returns to my television I'm reminded of one thing and one thing only —Antony Starr is the best actor in the business who no one really talks about. He already made a name for himself prior to the hit Amazon show for his work in Banshee, but my goodness does he play the perfect villain in this show.

I'd go as far to say there is no one on Earth more suited to play the role of Homelander than Starr. I've never seen an actor say so much with just their facial expressions than what Starr is able to do with this character. He's equally as scary as he is entertaining.

If you haven't seen the new season yet then you best get yourself in front of a TV tonight and blast through the first three episodes available on Prime. I'm gonna talk briefly about some scenes from the opening bunch of eps, so again if you're not there yet please enjoy the famous plane scene and Homelander killing all the Vought troops, then kindly exit the blog for your own good.

Okay let's talk Season 3. The fact that this new set of episodes is going to mainly focus around an unhinged, free Homelander is absolutely fantastic. The only thing this madman cares about is the public liking him and his son Ryan. Take those away from him and the game ends for everyone. He has no morals in anything he does, he just wants to be the man in the sky who everyone worships.

One of the my favorite scenes in the entire show came this season when Starlight found out The Deep was returning to the team. She proceeded to threaten the release of the plane scene footage (found above) to the public. The goal of this would be to ruin Homelander's reputation and turn everyone against him. His response to this was pure evil, but horrifyingly calculated at the same time.

The fact that he already has an exact plan of what he'd do if/when that video comes out shows you how insane of a person he really is. He could wipe out the entire country in a matter of hours and there'd be nothing anyone could do about it. The delivery from Starr here was perfect.

Then there's the scene with A-Train where Homelander reminds him how in control he really is.

Then of course the most jarring scene of Homelander's so far in season three. The whole public thinks he's this amazing hero until they come face to face with him at a time where he's got bigger issues. What at first starts out as saving a girl from suicide quickly turns into forcing her to jump after finding out his love has died.

Only The Boys could run a parody of Superman saving a girl from jumping off a roof and make it this ruthless. That's why I love this show. It's so hard for a show to really surprise you these days. Everything is so fucking boring and predictable. Not this show, they don't care for that narrative.

It all begins and ends with Antony Starr. 6+ billion people on this Earth and not one of them could play this role better than him. He was born to be this character. I've seen some fantasize at how satisfying his death will be on the show, comparing him to the likes of Joffrey. While they aren't wrong, I don't want it to happen anytime soon. He's way too good of a character to see go. I really don't think the show would be able to last without him.

His speech at the end of episode two was spectacular.

Naturally an unhinged Homelander causes his popularity to rise to a level he's never seen before. As dangerous as humanly possible for his ego moving forward. He can just be his deranged self and the masses are going to love him for it.

What I referred to earlier about how he can do so much with just his facial expressions is shown here when Edgar tells him that Starlight is to become his co-captain in The Seven.

Starr's ability to embody the egotistical maniac this well makes you think he must act like Homelander off camera. That may not be too far from the truth.

Just don't get in too much trouble that you have to leave the show. If anything I need him in more avenues of entertainment. Make Starr a villain who has to battle the Avengers and I'll jump ship so quickly to the dark side. I'll settle for five more seasons of Homelander though if that's on the table.

P.S. I love you Starlight