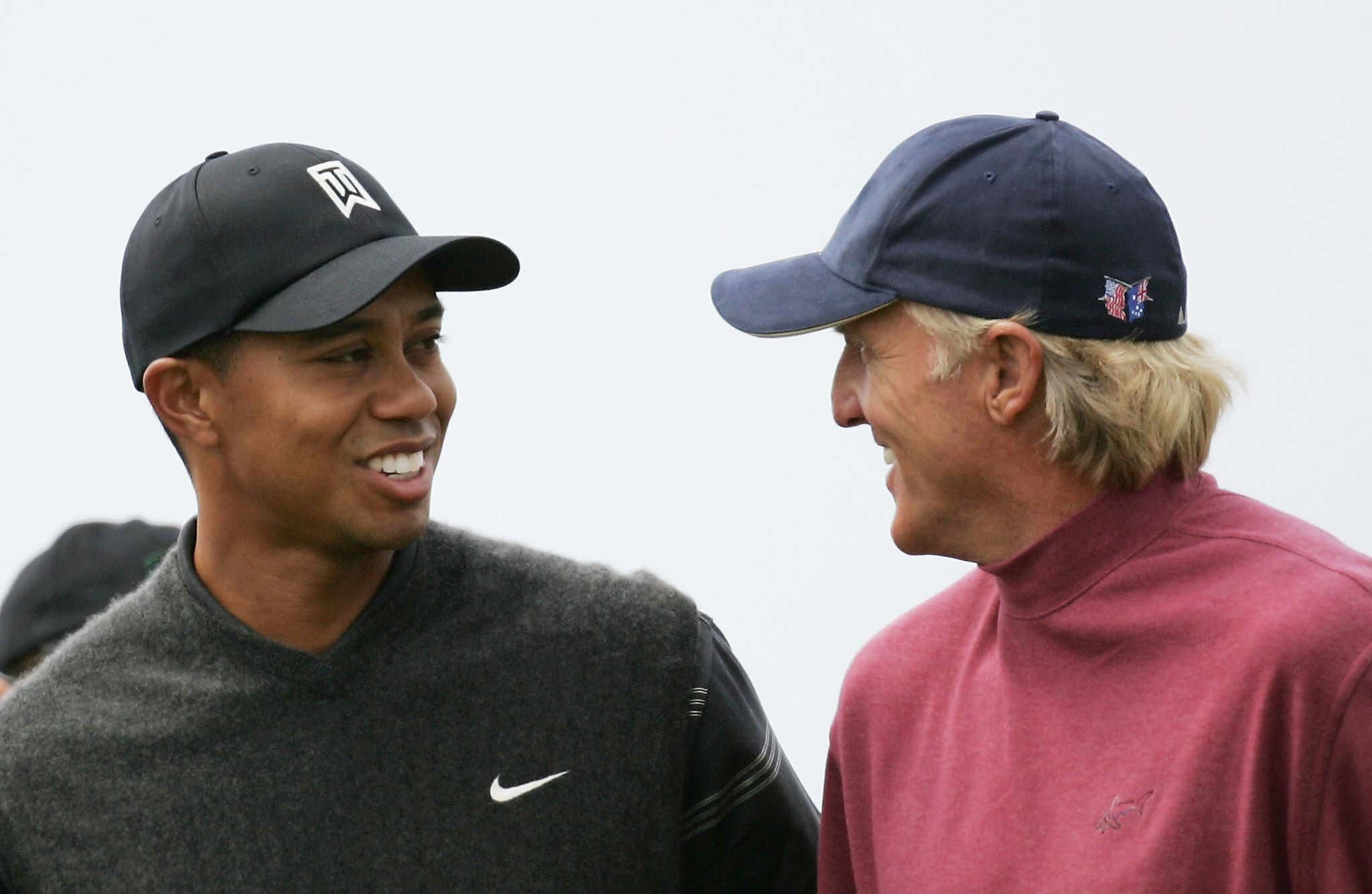 Golf Digest - In an interview with the Washington Post, Greg Norman said Tiger Woods was offered a gargantuan deal to join LIV Golf.

Norman, who serves as the CEO for the Saudi-based golf league that launches this week, was profiled by the Washington Post’s Kent Baab. In the piece Baab notes that LIV Golf representatives pitched the fledgling circuit to Woods’ representatives. According to Norman the offer was “mind-blowingly enormous.”

The news comes on the heels of Jack Nicklaus acknowledging he turned down a $100 million offer to be associated with LIV Golf—in a role that Norman now employs—and reports that Dustin Johnson received a nine-figure deal to play in the LIV Golf Invitational series.

Woods has acknowledged in the past being approached by the backers of LIV Golf. However, he has reiterated his support to the PGA Tour numerous times, including in May at the PGA Championship.

My golly. Given the bag that DJ got and the type of legendary figure Tiger is, this makes some sense… but the number is still staggering. Close to a full billy? Just for showing up?

Obviously Tiger has turned down the cash and has continuously pledged his support of the PGA Tour. But let's suspend belief for a quick second here. What if he didn't? What if he took the money and went full heel on everyone?

The golf world would be turned upside down. The PGA Tour's hands would certainly be tied. Would they really lock out the greatest player to ever pick up a club? A guy who they owe so much of the success they've had over the past 25 years? I would think not. They'd be put between a rock and a hard place and have little choice but to reform how they go about their business. If not go as far as to collaborate with LIV Golf instead of compete with them. It's a fascinating possibility and who knows if Tiger was ever close to ever giving it true consideration.

The hypothetical laid out above is exactly why Tiger is worth every penny of that offer - if not more. He would give LIV Golf everything they could ever want in their effort to be legitimized. DJ (and probably Phil… let's be honest, that's happening) helps a little in that effort, but at the end of the day he's just one of 48 players. Getting a name like Tiger Woods would lend instant credibility to all 48 players in the field. He's like 48 DJ's. More big names would surely follow and there'd truly be mayhem in these golf streets.

The good news is that Tiger is staying put. I think whatever keeps the world's best playing in one place is what's best for us as fans. The PGA Tour has that in place now, and it's best to keep it that way. Sure, some modifications are for the best and are likely coming, but the PGA Tour is king and it'll stay king as long as they have Tiger on their side.