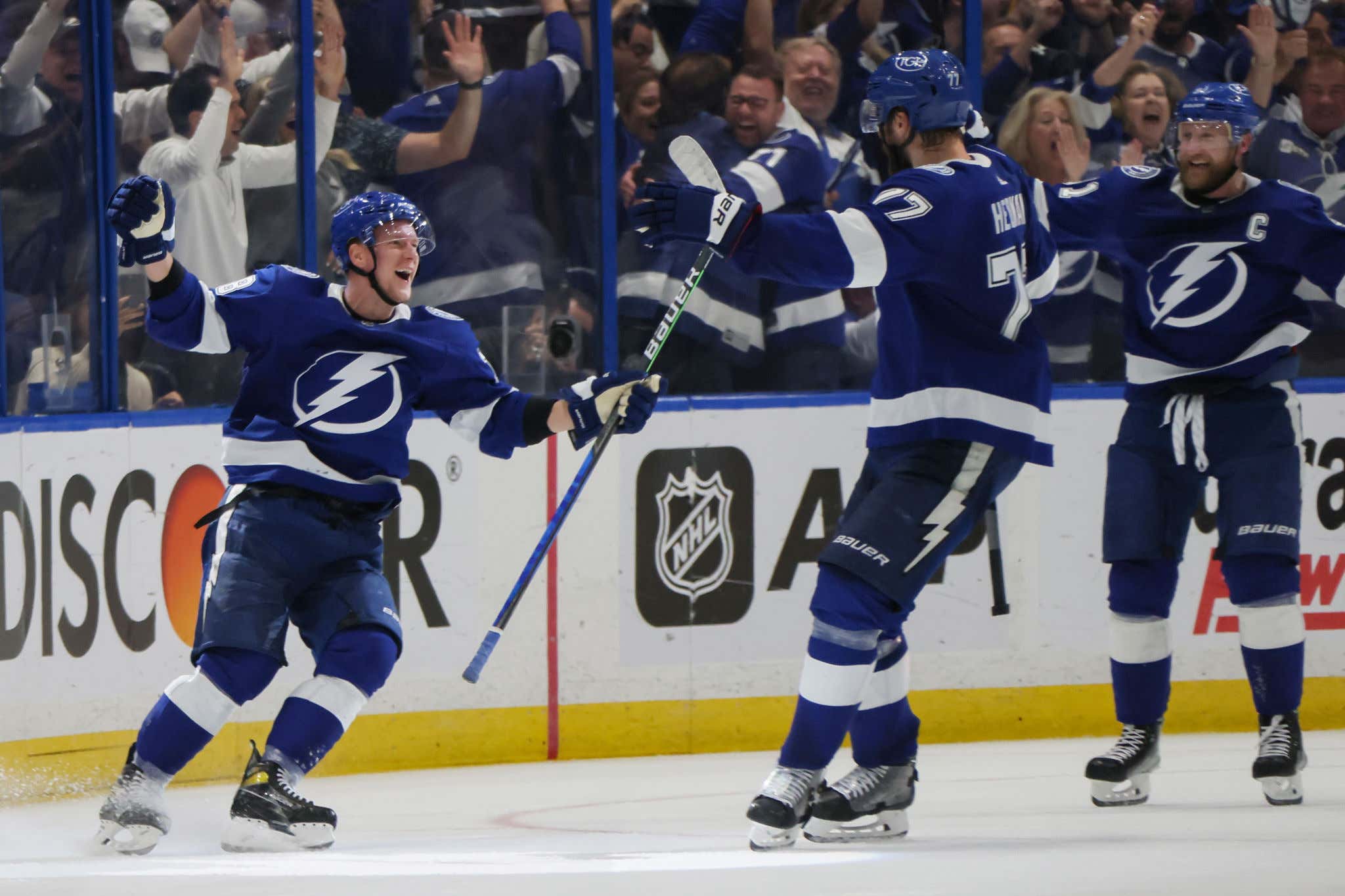 After the Rangers powerplay staked them to a 2-0 lead fans might've thought this game was over. There was no push from the Bolts that everyone expected throughout the first half of the game. Vasilevskiy was on point through a scoreless first but Igor matched him puck for puck and it was anyone's guess as to how Tampa Bay was gonna find a way to get three past him.

Well, they're the back-to-back defending Cup champs for a reason.

NY did well to hang onto a one-goal lead after two. Kucherov's PPG had the building buzzing and the ice started to tilt. For the third period though it wasn't just tilted. It was perpendicular. A double-minor on Kucherov game the Blueshirts an opportunity to get a crucial insurance tally but Trouba's third penalty of the day took most of that away. Trouba had a rough day - three minors are three minors and there's no way to excuse that. Still, on a couple of them he was put in tough situations (no stick, bad bounce) where if he simply lets his man go by he's handing the Lightning A++ odd-man/breakaway scoring chances. Obviously he's gotta be better, but he's not why they lost the game.

The champs were just the champs. They ramped it up big time when they had no choice. A 19-6 shot advantage in the third is hard to overcome. The Rangers were crushed at 5x5 and mustered just a single high-danger chance on the Bolts to answer the 10 (!!!) TB had in the final frame. Kucherov and Stamkos were Kucherov and Stamkos. TB were simply unstoppable down the stretch and it was a borderline miracle (miracle = Shesterkin with 48 saves) New York managed to make it 42 seconds from OT.

It's never a good thing to choke away a 2-0 lead. It's not ideal to give the Tampa Bay Lightning a taste of momentum. But the reality is the Blueshirts are still up 2-1 with home ice advantage. The Lightning had to go into world-beater mode to barely squeak out their first win of the series. It's the Eastern Conference Final against a team no one's been able to beat in 2.5 postseasons so anyone who expected this to be a cakewalk after reeling off a pair of wins is an idiot. Tuesday night is another opportunity to put a stranglehold on this matchup and the Bolts are still the ones with all the pressure. It's far from over for either side but the Rangers are still in the driver's seat.