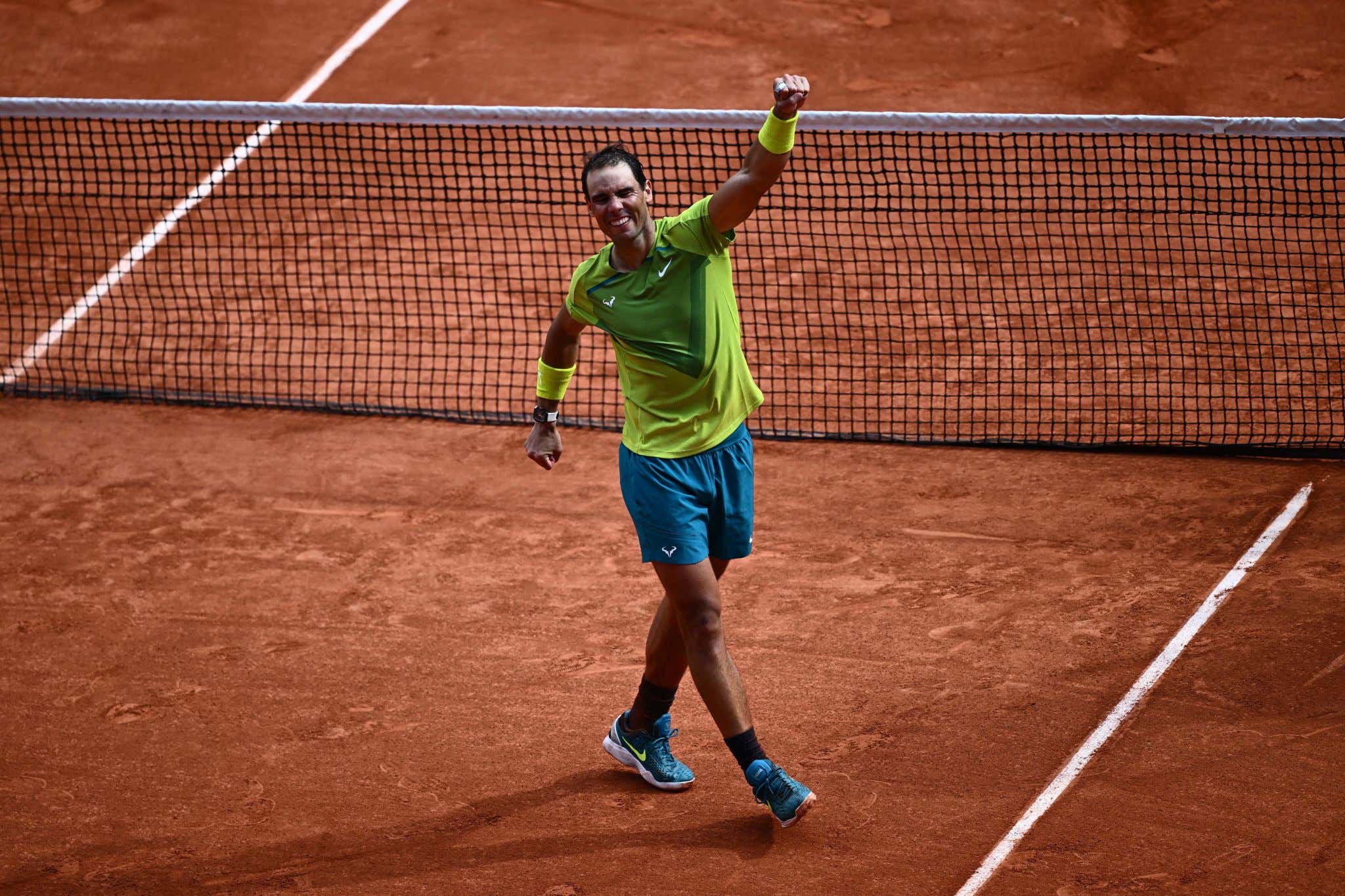 14 French Open titles. A record 22 overall grand slam titles. 112-3 career record at Roland Garros. Beating Rafa Nadal at this tournament may very well be the single hardest thing to do in all of sports. The man is 36 years old, he came into this tournament with questionable health, and it still didn't matter. Rafa reigns supreme once again.

It is a shame the final here had Casper Ruud involved and not someone more of a challenge. The draw fucked everything up, putting Carlos, Rafa, Djokovic, and Zverev on the same side of the bracket. That's not to say Nadal wasn't given a test during this tournament. Youngster Felix Auger Aliassime pushed him to five sets in the round of 16. Rafa and Novak met in the quarters (Nadal was an underdog) while Zverev was there waiting in the semis. The Zverev match could have been an all-timer if not for him tearing multiple ligaments in his foot at the end of the 2nd set.

While Ruud is a top 10 player and a top tier talent on clay, he was not up for the task today. Rafa wasn't even on his game to start, missing shots he hits in his sleep, but Ruud could not take advantage. Once Nadal settled into the match there was no competition left to be had. Nadal finished the match winning 11 straight games and quickly turned this into a laugher.

I'm not sure there's a more dominant force on this planet than Nadal on clay at Roland Garros. Maybe gravity? In terms of an athlete I guess you could throw out Gretzky as a challenger, but I still go Rafa. 112-3 is simply out of this world. Even crazier? Rafa was anywhere from +400 to +500 to win this year's tournament. I don't care how old he is, what condition he's in, he's the favorite every year he enters as far as I'm concerned.