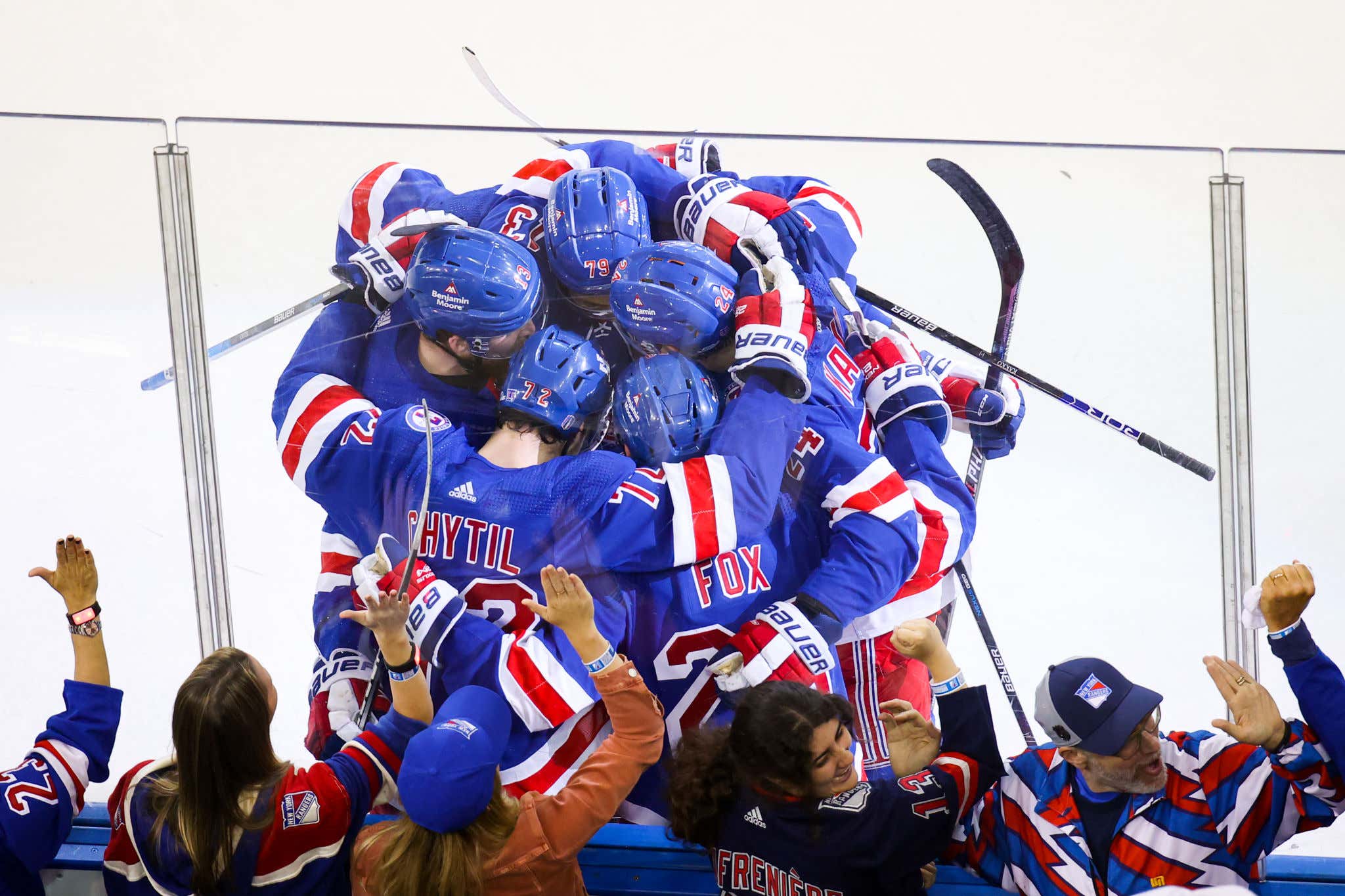 We heard it last series. No way the Rangers could beat Carolina in Raleigh let alone in a Game 7. As a franchise, the Canes were 6-0 in Game 7's and on a 7-0 home heater these playoffs. Yet the Blueshirts mowed through them by a 5-2 score to snap a pair of streaks at once. Now, after hanging a 6-pack on Vasilevskiy en route to a massive Game 1 victory, they're once again faced with a daunting streak. A ridiculous 17 straight wins for the two-time Cup champs after a playoff loss.

All streaks must come to an end.

The Rangers looked shaky to start this postseason. They coughed up a 2-goal lead to kick off the Pittsburgh series before getting waxed twice away from MSG. Slowly but surely though, they've learned. They've adapted. Adjusted. And quite simply gotten better as their run goes deeper. Right now they're peaking. They've won 5 of 6 with a total goal differential of 25-11. Shesterkin is locked in, their big guns are simultaneously stepping up & they're getting monster contributions from their depth (aka Filip Chytil). New York is riding a little streak of their own - they've reeled off 7 straight home wins by a combined 32-14. If the Bolts plan on continuing their incredible run of responses it won't be easy.

And in fairness to their streak, Vasilevskiy has had very little to do with it this year. In their three tilts after a loss vs Toronto, he ceded three goals every time. The difference in that series was the luxury of facing Jack Campbell and having their offense dominate. Igor Shesterkin is certainly no Jack Campbell and if the Lightning think they'll be able to hang a 5-spot tonight to even the series then they're living in an alternate universe. Obviously Vasilevskiy vs Shesterkin was the headline coming into the ECF but it's magnified tonight. There's no reason to believe Shesty will fall off especially at home. That means Vasilevskiy has to be the world-beater they've seen in elimination games.

2-0 holes aren't a death sentence as the Rangers just proved. TB dropping tonight's game isn't a wrap on the series. Still, they've never been in a hole that deep since their Cup run started. At this point it's hard to find unchartered territory for the Lightning but coming up short would put them in exactly that against a team firing on all cylinders with supreme confidence and a goalie that can beat anyone. Defending champs or not, that's not a position you wanna be in. This is a much bigger game for them as it is the Blueshirts so NY should expect a much tougher contest than the opener. They're gonna be hit with everything Cooper's got. Standing strong though puts some serious doubt around the Bolts for the first time while putting the Rangers just two wins in five tries from a trip to the SCF.

If the home squad can snap the Bolts' streak after a loss, they'll be in the driver's seat to snap a couple more. 10 straight playoff series wins and most importantly, two straight Stanley Cups.