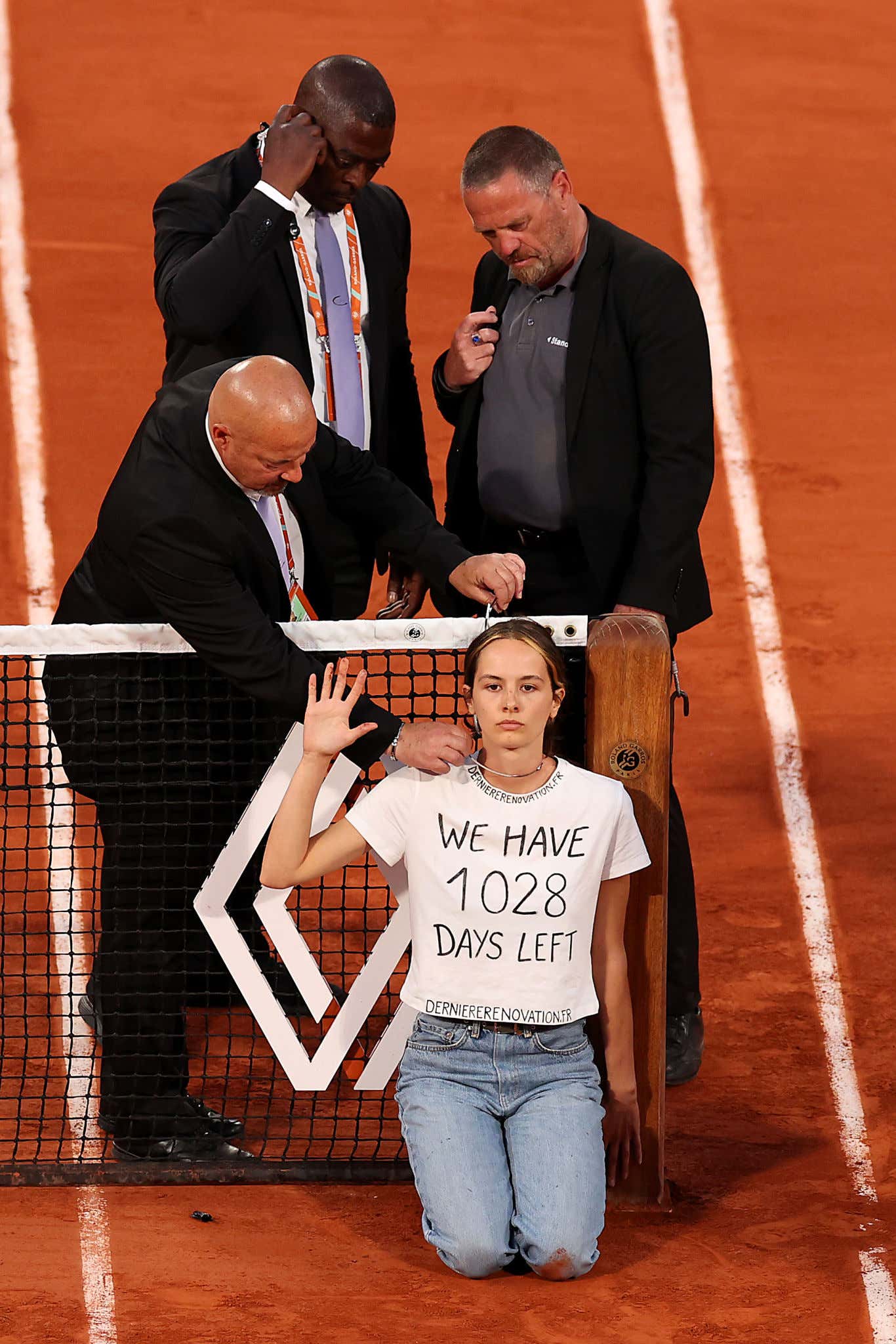 I don't really know what I just saw. One second I'm watching Casper Ruud vs. Marin Cilic in the 3rd set of their semifinal match at the French Open. The next we've got this crazy chick invading the court and tying herself to the net. The French Open baby, drink it in.

Where on Earth is security? We've got two players on the court in the semifinals and security is out to lunch nowhere to be found. Seems the French Open hired the fired people from the T-Wolves playoff games to guard their court.

The woman was rocking a shirt that says we have 1,028 days left. Before we remove her can we ask what happens in 1,028 days? Does she know about a secret asteroid that's going to hit us like in Deep Impact? Before we discard her from the playing area can we at least hear her out? Should all my teams be trading their future draft picks past 3/27/25?

The best part of this whole ordeal was her going full limp and being carried off by security. What a fucking picture 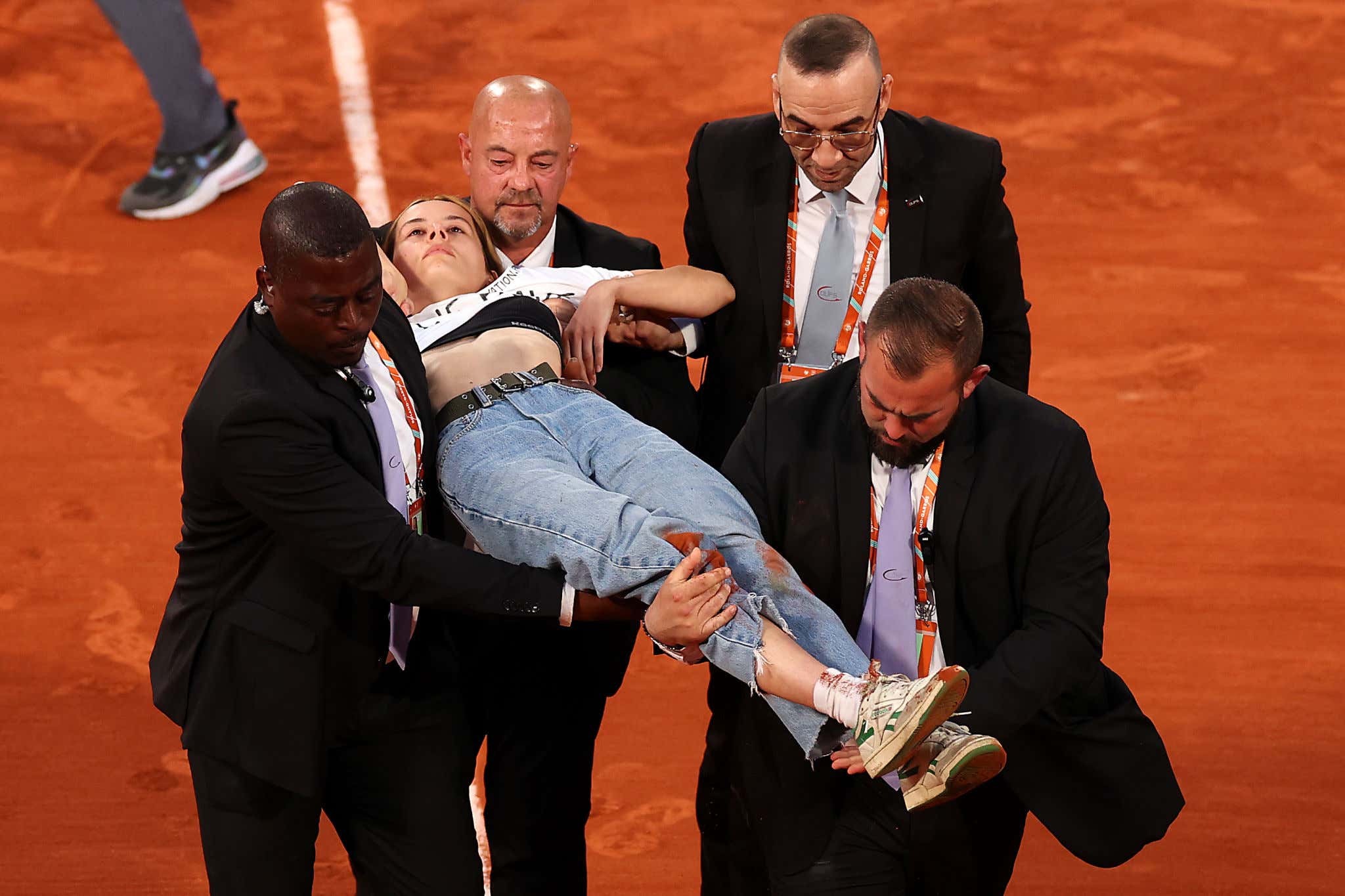 Dave would be proud