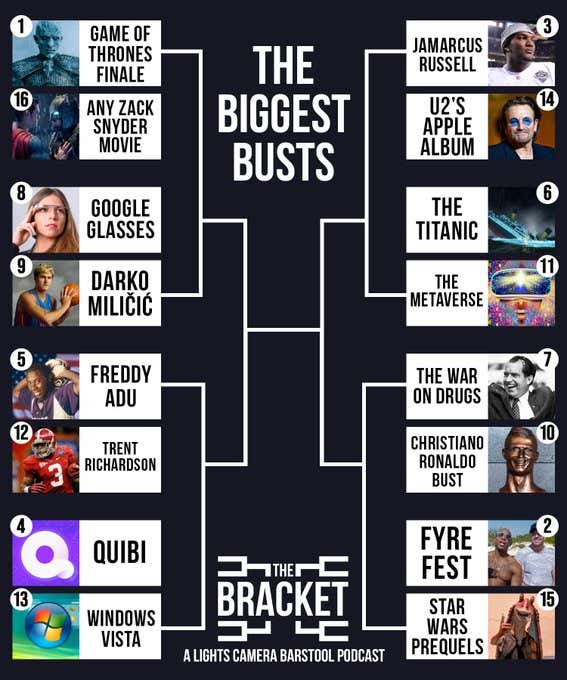 On the last episode of the Bracket, we debated what the biggest bust/failure in history was. Our play in game was won by "Any Zack Snyder Movie" which lead to Cheah giving us a real look into his movie tastes.

When going over Snyder's filmography, Cheah was under the impression that 'Suicide Squad' was directed by Snyder. We told him he was wrong, but he went on to tell us how the one thing he LIKED from that movie was Jared Leto's performance as the Joker. Yea, you read that right. This lead to us asking him which Joker he thought was better, Leto or Ledger. This is like asking someone "Who was a better NBA player? Michael Jordan or Hakeem Warrick?". The answer should be instantaneous, but this man Cheah had to stop and evaluate his options!

Either way, I'm lucky to have Cheah on this pod at all after sending team Yak to the Shadow Realm in the Dozen Tournament

You can watch the full episode above or listen below