That's right, Bob Fox and I are back in the basement for a quick video to discuss all the things from episode 3 of Stranger Things 4 that we probably would've tweeted if the show came out once a week instead of once giant bukakke. We did the same for episodes one and two, which you can only watch on the My Mom's Basement YouTube (click here to subscribe).

However, I do realize some people like to get some digital ink under their fingers by reading their content. So here are some quick random thoughts for fans of the written word.

- I didn't realize it at first, but someone pointed out that the basketball team's flophouse is actually the restaurant from this scene is season one. 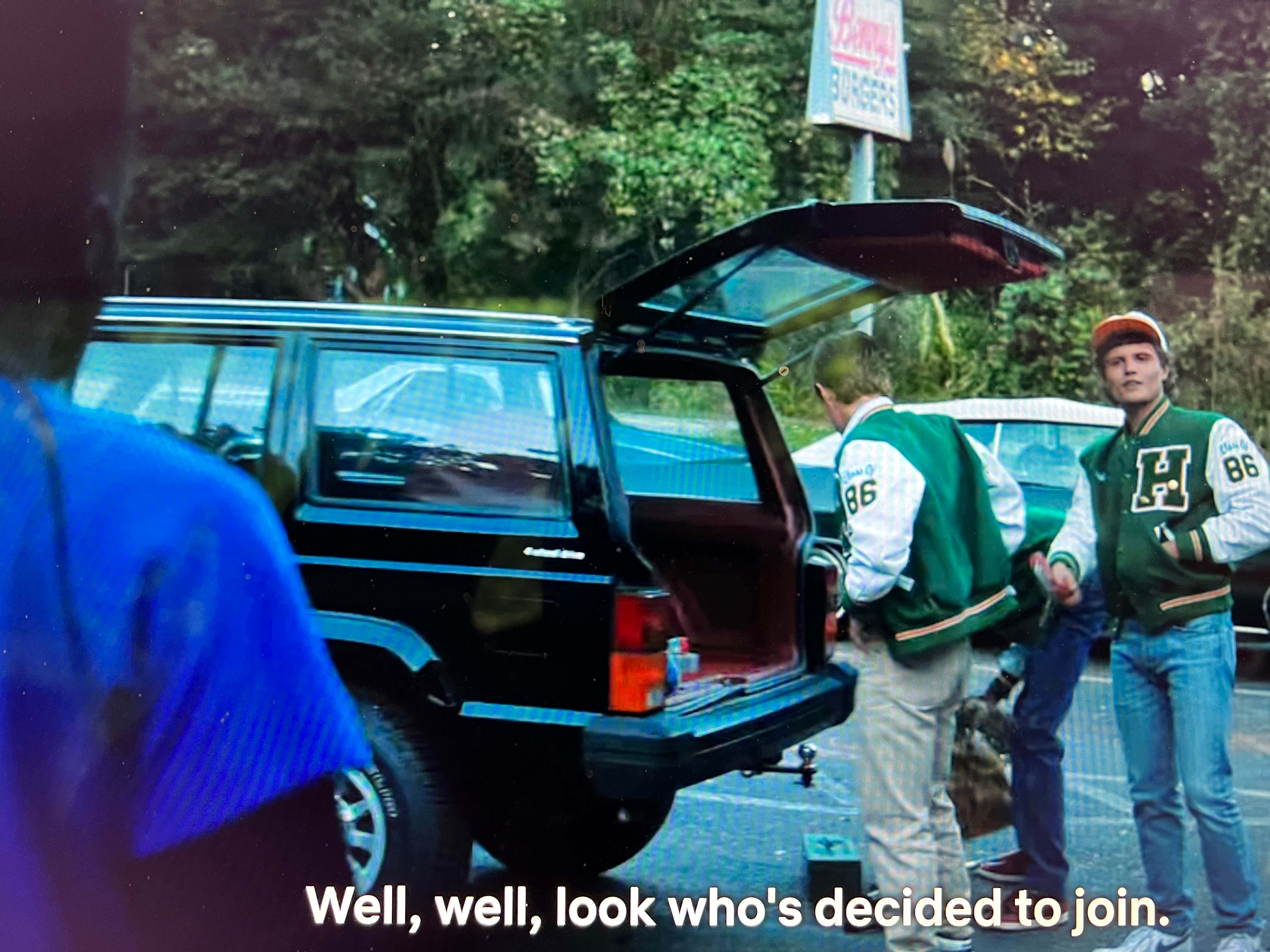 - I am dusting off the Sus List and there is currently only one person on it and that person is right here: 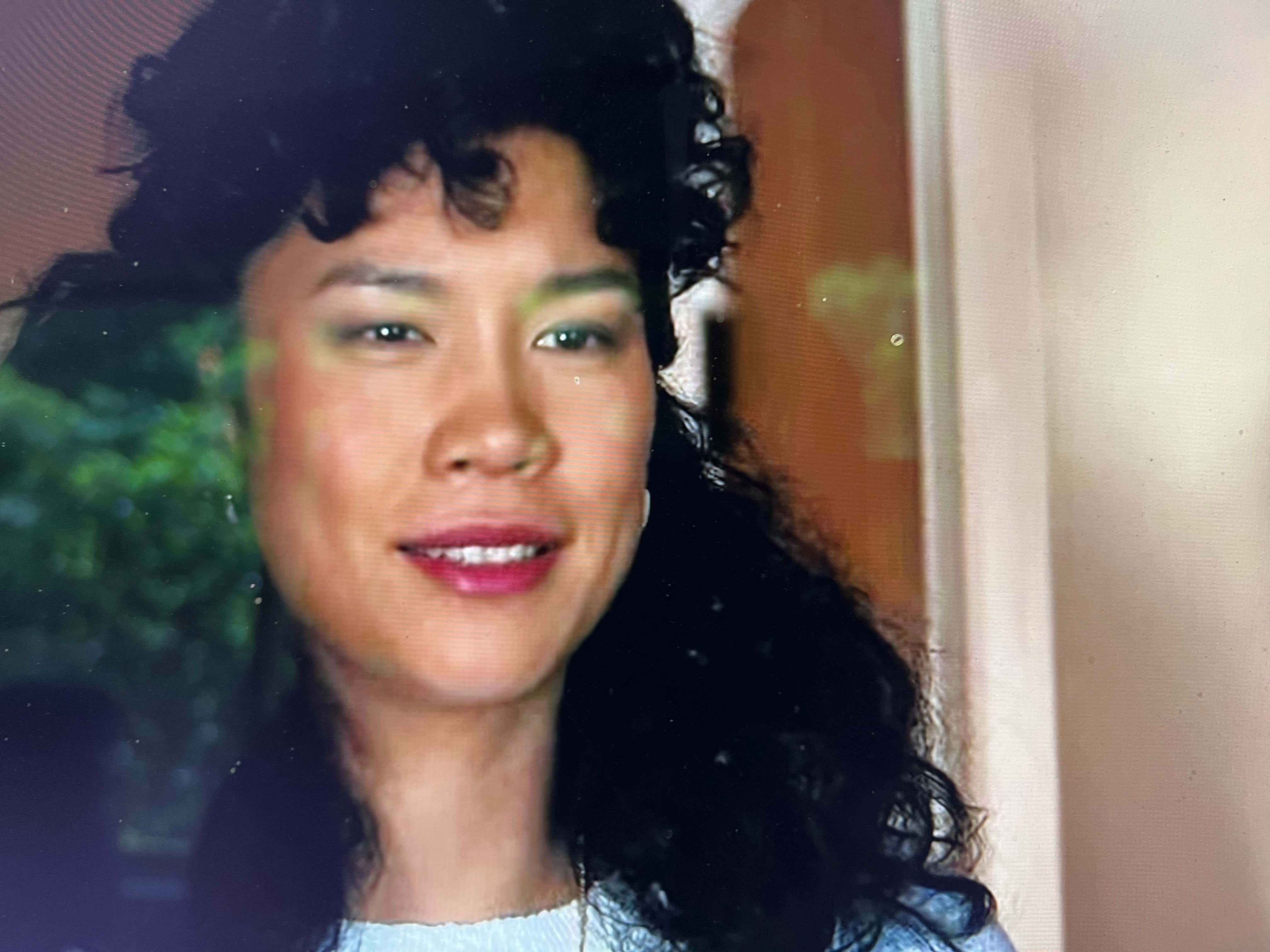 I suppose that Ms. Kelly is just a guidance counselor that didn't realize a good chunk of her patients were being haunted by a literal monster. However she is listed as Sus AF until further notice.

- I don't know what America's motto is, but this should replace it because I have never felt more patriotic in my life.

Cigarettes. Peanut Butter. Playboys. That's what America does! I'm honestly mad we haven't put this on a shirt yet. Barstool really has changed. #NotMyBarstool

- We may not have those shirts on sale yet, but we do have these!

Small are sold out but all other sizes are in stock for now.

- I never watched the cartoon Ewoks that was playing in the background but holy shit the theme song is audio poison.

- Nancy Wheeler. That's all that needs to be said now and forever.

- I can't believe people used to have to go to libraries, dig through the archives to find the newspaper they were looking for, then read them on giant machines. I had to do that once in my life for a school project and I wanted to have my eyeballs popped out of my head by a supernatural demon. I also feel bad for people that had to do that just in life to get information. I mistakenly referenced people in their 40s as the Olds that had to deal with that shit, which resulted in me doing this on our episode 3 recap video.

The lesson kids? Don't get old. Actually that just means die. I guess there is no lesson here other than cherish not being old. This scene only gets more and more real as the years go by.

- Diners fucking rule. For all the love that fast food joints get and Yelp stars that fine dining establishments receive, none of those places will serve you and your friends pancakes, mozz sticks, a burger, and an ice cream sundae at midnight as you soak up some booze while recapping the night. The food may not be great but it is almost never bad either. Plus there are almost always free mints by the register along with a quarter machine of some sort. Honestly, this could just become a blog about diners so I'll stop myself short and direct you to a podcast Large and I did waxing poetically about them.

Subscribe To Podfathers so the suits don't kill it again

That's all I got for now. If you want to rewatch our recaps from episode 1 and 2, you can check them out below. Have a great weekend everybody!