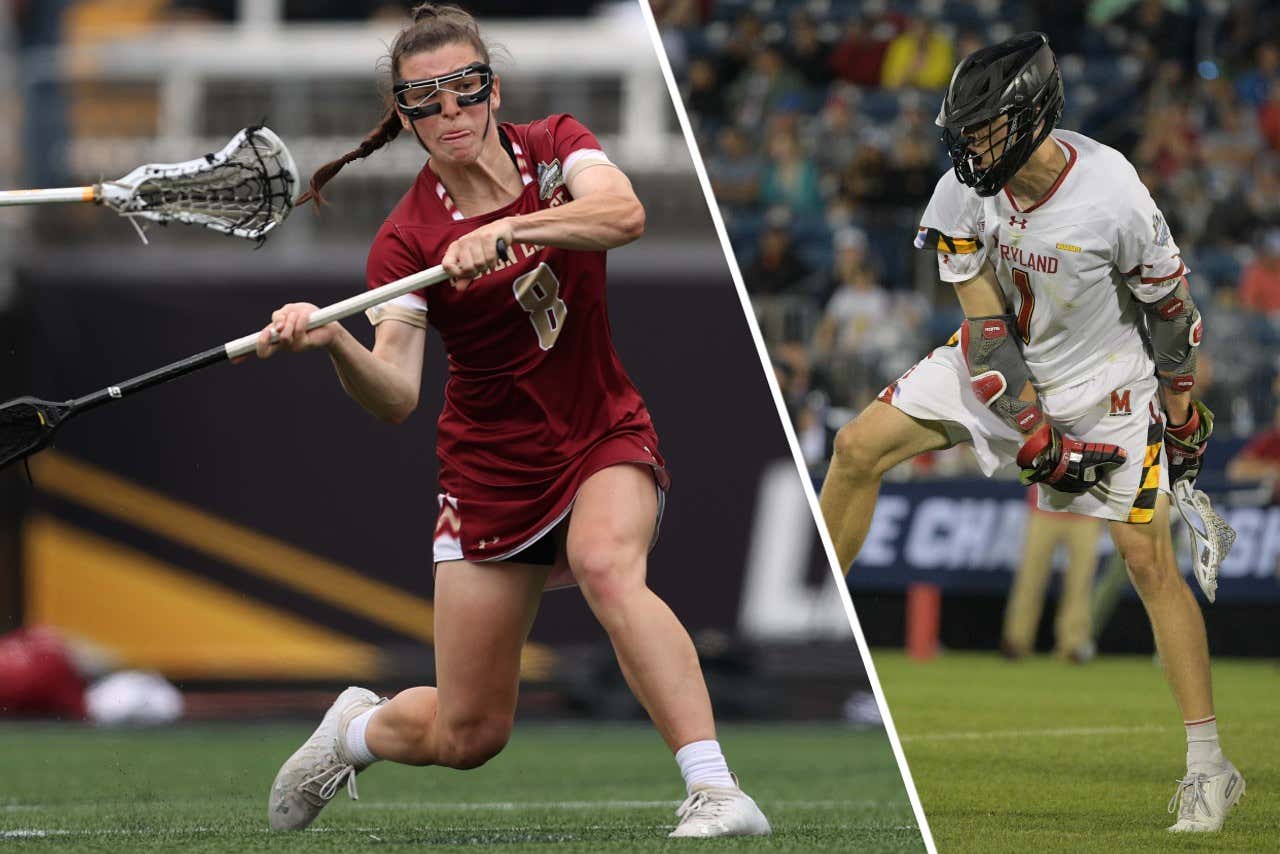 It was a pretty big night in the world of sports. You had game 1 of the NBA Finals. You had game 2 of the Western Conference Finals in the Stanley Cup Playoffs. But the only bit of hardware that got handed out last night is the Tewaaraton Award, which is awarded to the best player in both men's and women's college lacrosse.

On the ladies side, we have Charlotte North putting herself even further in the GOAT status.

Back-to-back Tewaaratons for the Queen in the North. A 2021 National Champion. The all-time career goals leader in women's lacrosse. ACC Female Athlete of the Year. And quite easily the most electrifying player that women's lacrosse has ever seen. I mean just let the numbers do the talking.

BC and UNC are both sick teams. Jamie Ortega is a stud. Belle Smith is a stud. Taylor Moreno is a stud. But at the end of the day, 592,000 people tuned in to watch Charlotte North play lacrosse. And this is precisely why.

What a menace to society.

On the men's side of things, Logan Wisnauskas just gets to add one more accolade to a perfect season.

He became the all-time leader for Maryland in career goals and points. He had over 100 points on the year. He was the 1st overall pick in the PLL Draft. He led Maryland to an undefeated season where they capped it off with a National Championship on Monday. Obviously a first team All-American. And now he's the 3rd Terp #1 to win the Tewaaraton in the past 5 seasons.

Rambo in 2017. Bernhardt last year. And this year it's Groot. You get to put on the #1 jersey at Maryland and you're pretty much guaranteed to be a Tewaaraton finalist. Just so happens that they've been the baddest dudes in the nation over the past few years.

Congrats on these two sick bastards. I don't think there was ever a doubt over the past couple of weeks that they'd both be the ones having their names called during the ceremony tonight. And you'll get a chance to see Logan Wisnauskas play again on Sunday afternoon at 3:45 when the Chrome take on the Archers on ESPN+ in the first week of PLL action.