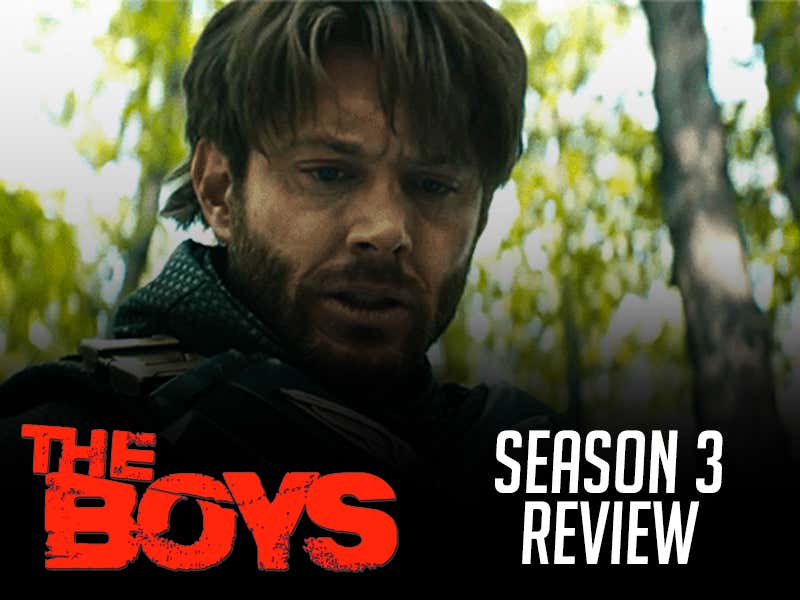 It’s been a year of calm. Homelander’s subdued. Butcher works for the government, supervised by Hughie of all people. But both men itch to turn this peace and quiet into blood and bone. So when The Boys learn of a mysterious Anti-Supe weapon, it sends them crashing into the Seven, starting a war, and chasing the legend of the first Superhero: Soldier Boy. 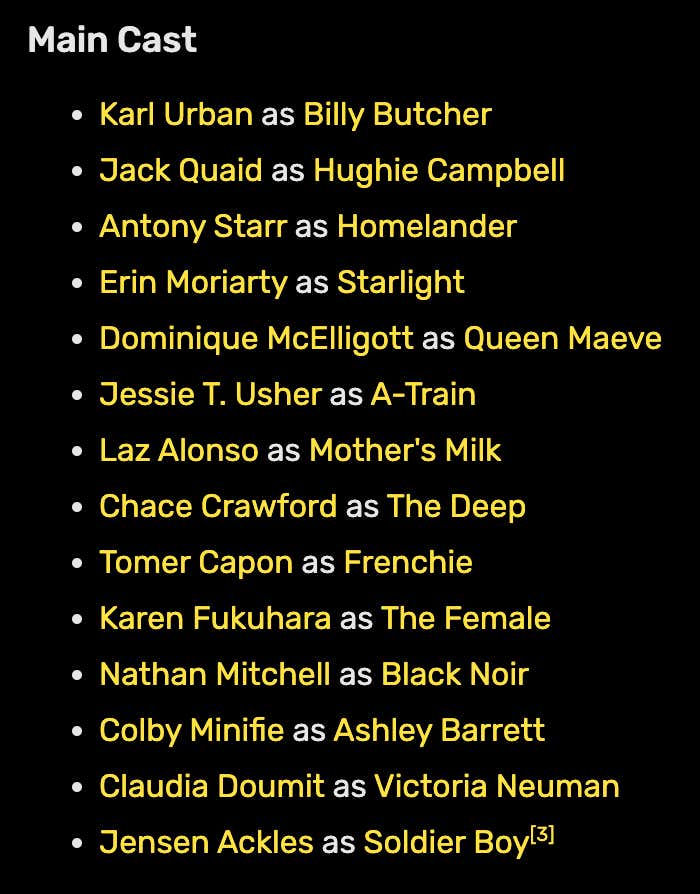 With the new season of the Boys hitting Amazon Prime June 3rd, I figured I would share what you can expect from it. I was lucky enough to be given screeners of the entire season and here is my pro/con list.

- The new cast members are awesome. Jensen Ackles as the fucked up Captain America that is Soldier Boy is incredible. Dark as shit and a perfect parody of what superhero frozen in time would do in todays world. Sean Patrick Flanery and Laurie Holden also make the most of their screentime which is great to see. In addition to them, there are some big time cameos you can look forward to.

- The humor still hits when it needs to. They spoof a lot of marvel cliches with their superhero action, and they use Vought as the perfect medium to make fun of performatively woke corporations, self-important celebrities and more. There are a ton of laugh out loud moments that help cut through what is the darkest season of the show so far.

- The debauchery is at an all time high. I'm talkin dicks, balls, boobs, buttholes and more. There is a moment early in the first episode that made me gasp, even for the standard they already set.

- Like you might expect, Antony Starr crushes it as Homelander yet again. Just as sick and twisted as the other seasons, but even more empowered. He's like a rabid dog that is finally free of his chain.

- This season does a great job of dealing with power in general. What it means, how people can get addicted to it and how it can corrupt people.

- The season finale is as good as it gets and ends on a fantastic note. It already has me sad that we have to wait to see Season 4.

- There are some storylines that fizzle out a little. None of the ones in question were particularly strong in the previous two seasons anyway, though.

- I wish the season got a better dose of Butcher. He is as big of an asshole as ever and still delivers what you want from him, but there wasn't enough of him.

- I feel like Annie/Starlight is entering Scarlett Witch territory in that we just don't get to see her use the magnitude of her powers. We always get plenty of Homelander + Kimiko and similar strength-based guys, but I wana see what Starlight can truly do.

- There is one character that makes kind of an early exit and and it was a big time bummer. They had a great setup last season to have a big role, so for them to not be a big deal is a shame.