The WSOP has officially begun and it has come out of the gates HOT. Very smart idea by them to put an $100k (with a $25k bounty on each player) right at the top of the schedule, and it has not disappointed. All the big names came out for it, including the one and the only Phil Ivey

Over the course of two days all the heavyweights battled it out, until the final table of 9 was set, with 7 making the money. 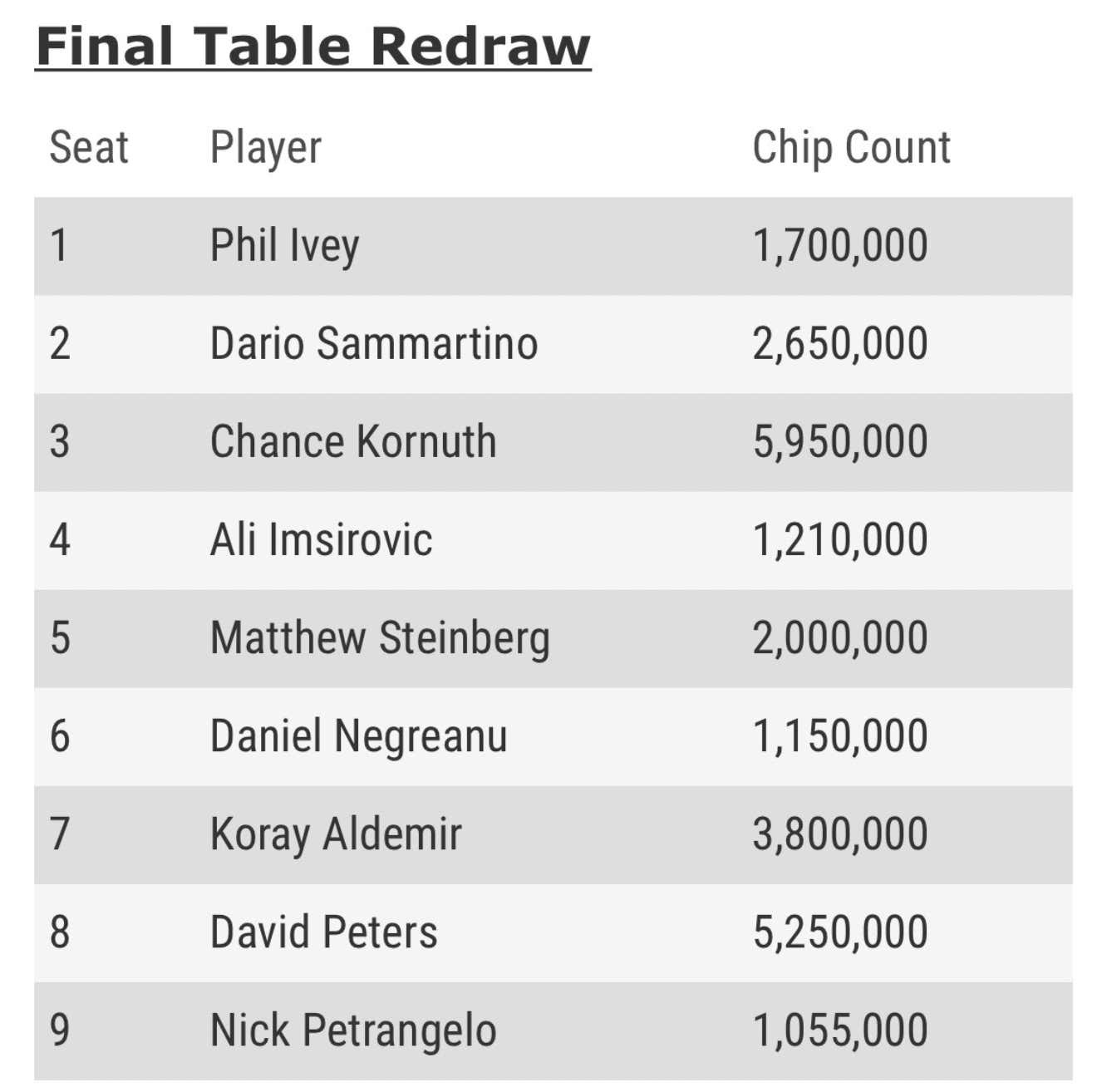 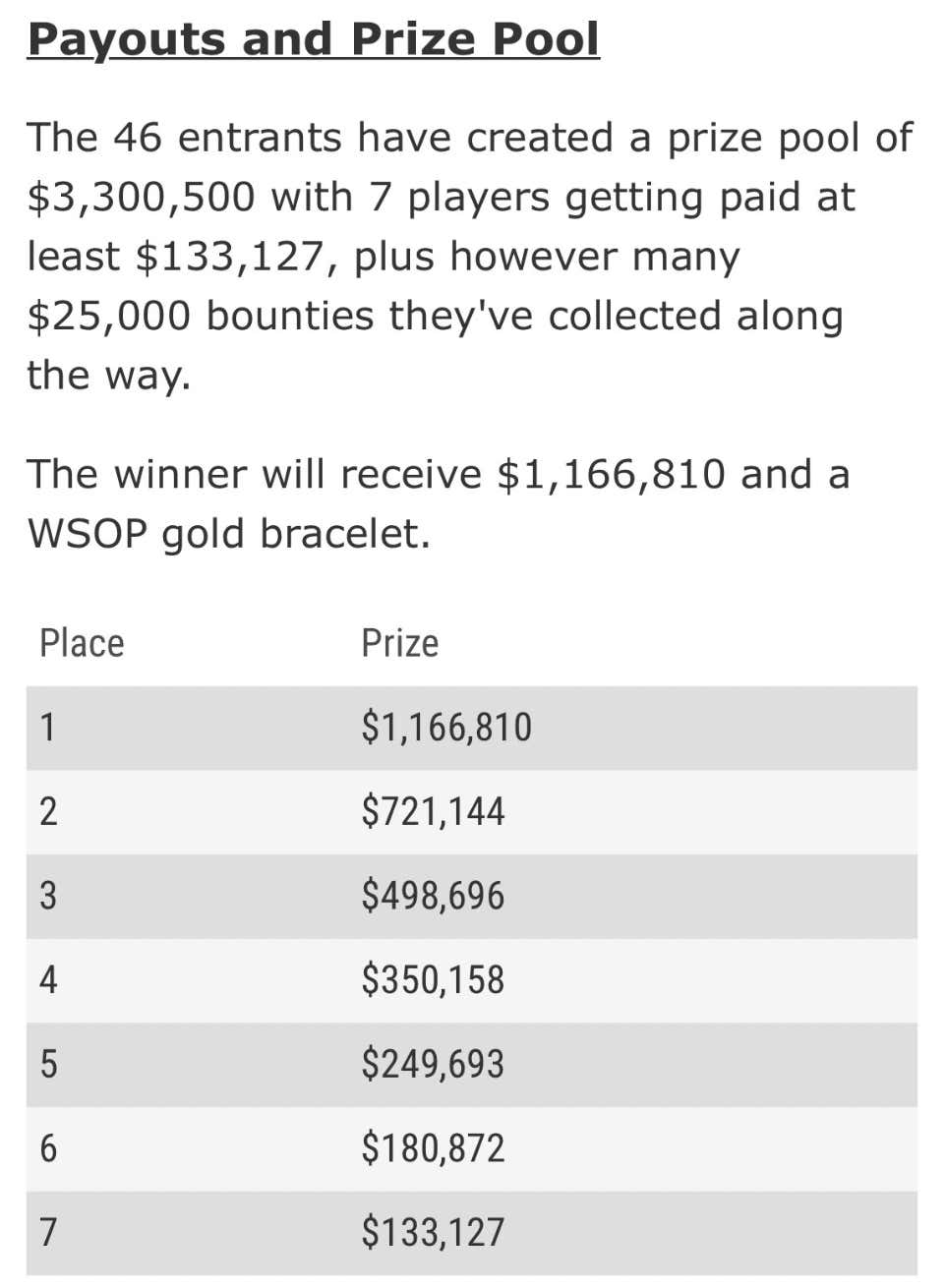 The bubble was burst in an absolutely sickening way, but at least it was Ivey who landed the KO.

You might see our friend Chance Kornuth at the final table, which is amazing for a few reasons, but mostly because as of 2 weeks ago, he wasn't even sure if he was going to play it because he didn't feel like going through the motions of selling action to it.

He has half the chips in play with 5 left.

One thing is for sure, the entire poker community is rooting against Ali Imsirovic, who is a known cheater and nobody wants to see win a god damn thing. Some have proclaimed it the "Summer of Bullying Ali". More slowrolls are better.

We are posting fun updates, cool hands, and everything else fun that happens at the WSOP over on the Cracking Aces twitter account