It's CDL Major day baby!!! Today marks the beginning of Competitive Call of Duty Major III. The event is being held in Toronto with a prize pool of $500,000. This LAN event if significant because it's the first Major Call of Duty tournament hosted in Canada quite some time. Toronto was supposed to host in 2020, but ya know…Covid. Canadians may love their hockey, but they also LOVED their esports. So I'm really expecting a lively crowd. 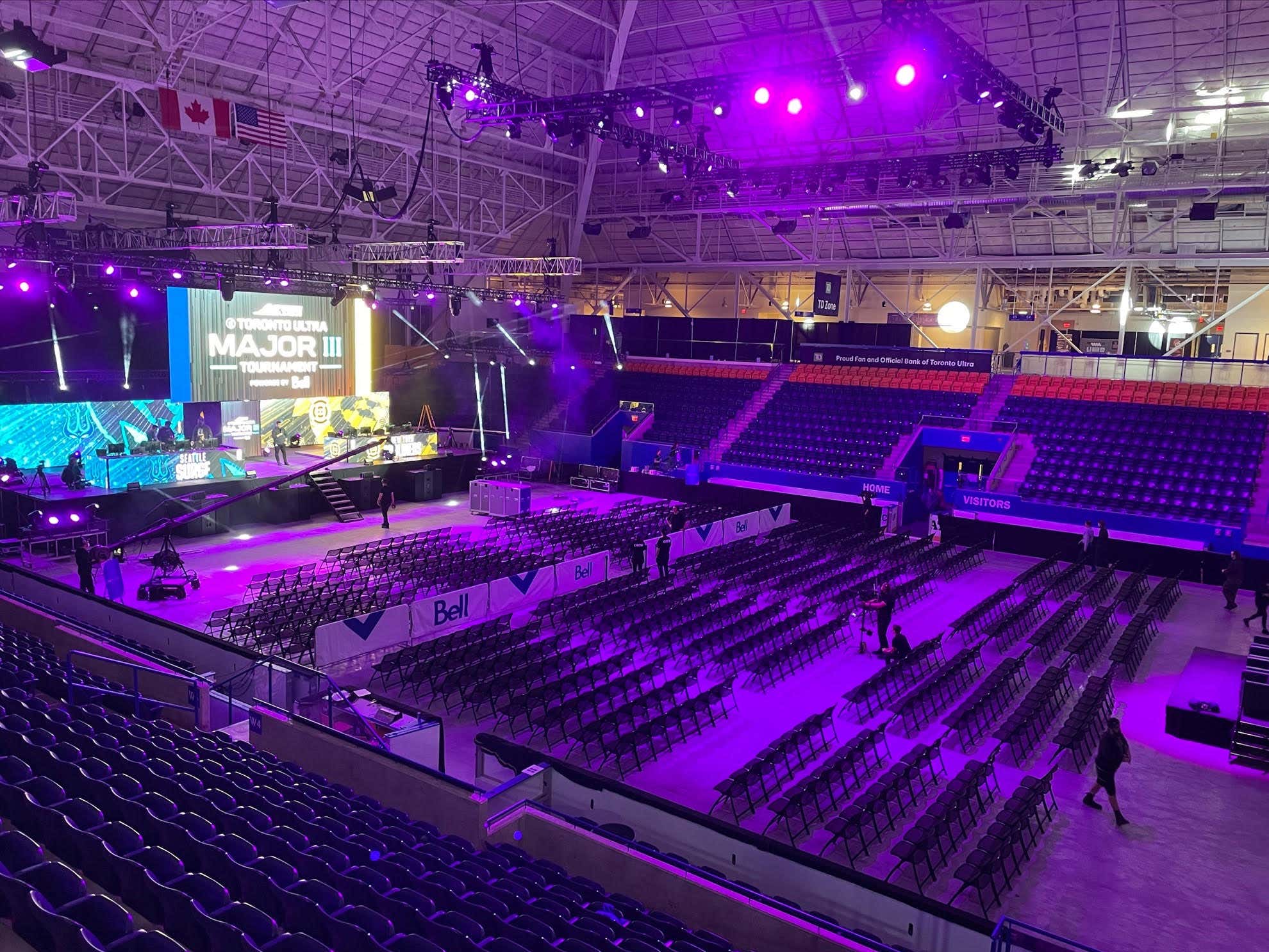 So today at 4:30pm EST, Seattle Surge will be facing off against the New York Subliners in a best of 5 Call of Duty series. The teams will be playing 3 modes: Hardpoint, Search and Destroy, and Control. The teams playing tomorrow are on the winner's bracket, so they get the benefit of double elimination. The teams starting on Friday (as seen on the graphic), represent the loser's bracket and are immediately placed into the single elimination bracket.

In between each Major, teams play 5 league matches or "qualifiers" to determine their seeding for the Major event. At the top of the bracket, you'll see Minnesota Røkkr. They hosted CDL Major II and after making a roster change, they completely turned the team around which resulted in an undefeated 5-0 qualifiers run. So, they earned the #1 seed going into the bracket.

Prior to the action, I caught up with their head coach to discuss their recent success:

Earlier in the season, I was able to sit down with Minnesota Røkkr's young stud, Standy:

Competitive Call of Duty is filled with drama and chaos throughout the season.

As I mentioned above, Minnesota Røkkr were having an extremely slow start to the season. After finishing close to dead last at Major II, they added Havok to their roster and benched MajorManiak. This then led to the team winning 5 straight and earning the #1 seed. They're red hot coming into the action today and they'll be facing Nadeshot's Los Angeles Thieves at 9pm EST.

Side note, top 3 coolest moment of my life:

Listen to the lastest Foreplay episode with Nadeshot here.

LAT - where to even begin. They are one of the most inconsistent teams of all time. Some matches they look like the Call of Duty equivalent 95-96 Bulls, while other series they look like abysmal. If this team can get it to click, they're DEADLY! They just haven't been able to do it day in and day out.

A few days ago, they hired a new assistant coach named Shane.

The series they played directly after was the best series I've ever seen LAT play. So, I'm not sure if Shane is putting Mike's Secret Stuff into their water or not, but he added some spark to the team.

Octane: "I wanna give a huge shoutout to Shane, that guy is…next level coach."

This is one of those matches that anyone could win. Seattle Surge is a young team with two young studs named Pred and Sib. They're led by veteran, Accuracy, aka the ice-man and Mack is their 4th who's also a young talented player. When they're clicking, they appear to be unstoppable.

On the other end, NYSL had a brutal start to the season. They featured two Call of Duty icons: Crimsix and Clayster. At first glance, this appeared to be a top 3-4 team at the start of the year. However, they couldn't quite find the chemistry, so after benching Clayster and dropping Neptune, the team has found more success. Another streaky team, but also very dangerous. they recently beat the top team in the game, OpTic Texas so they have some major confidence coming into this series.

After finishing last season as the second best team in the game, Toronto Ultra could not find that same magic to begin the season. They struggled early and often. This is one of the rare instances where the organization believed in the players and let them solve their issues without jumping ship and finding replacements. Since the end of Major II, Ultra went 4-1 in stage 3 qualifiers. A complete turnaround for the team.

This team features an all European squad and I'm imagining the crowd is going to go CRAZY for the pride of Canada.

Earlier in the year, I had the chance to interview Toronto Ultra player, Cammy:

Unfortunately for Ultra, they're facing off against one of the best Call of Duty teams of all time - Atlanta FaZe. The one bright side is that FaZe has really looked out of form lately. I have a crazy feeling that Ultra call pull off a crazy upset due to FaZe's recent performance + Ultra's energy as the home team.

Coming into this match, OpTic Texas are viewed as the #1 team in the CDL. They won the first Major in front of their home crowd in Arlington, Texas in unbelievable fashion.

OpTic are also the most well liked team throughout the entire competitive Call of Duty League. They'll be facing off against Florida Mutineers who knocked OpTic out of Major II:

OpTic is coming off a disappointing Major II performance, but have looked fantastic so far during Major III qualifiers. One of their starting players, iLLeY, is out with a bone spurt injury on one of his thumbs. To replace him has been a player named, Prolute, who has been playing extremely well for the Green Wall.

Florida isn't the easiest opponent for OpTic, as they seem to play every team fairly close.

So that's the biggest storylines to follow during the first day of CDL Major III. Tomorrow, I'll be back to discuss Day 1 results + the storylines of the remaining 4 teams starting in the loser's bracket.

If you're in NJ, WV, CO or AZ - you're able to bet on esports on the Barstool Sportsbook:

Today, I parlayed my picks as follows to get +662 odds:

Let's have a day.