So last night I'm perusing around the interwebs, and I see one of the teams I root for is pissing me off again. This time it was the Bears, as stalwart DL Akiem Hicks signed a 1 year, $10MM with the Bucs. Now do I really care? For sure not. Not right now at least. It's baseball season and football is the last thing on my mind.

Needless to say, noted NFL analyst + content man + Bucs superfan, Steven Chea, through this out there:

Which should come as a shock to nobody at all. Or should it? Let's continue. Twitter user "@embracethepace" questioned his excitement because Steven Chea claimed just a handful of weeks ago that nobody should get pumped up at signing a player that's on his 4th team:

Hmmmm.... @embracethepaceUVA brings up an interesting point, as Akiem Hicks has played on the Saints, Pats, Bears and Bucs. So what's he getting excited for?

Well, you see, noted NFL expert Steven Chea thought this was only Hicks' 2nd team and that until this point, he's been a #Bear4Lyfe: 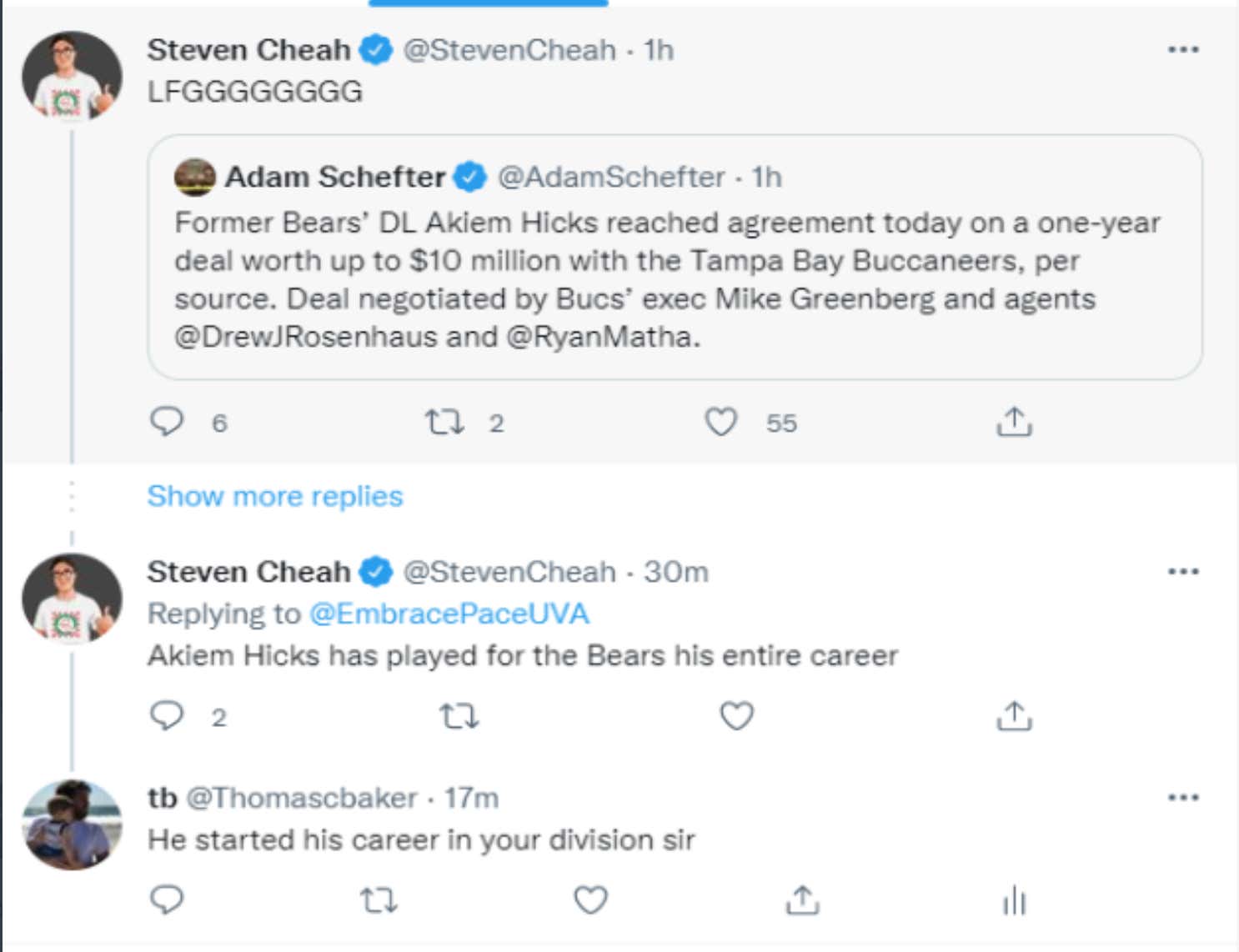 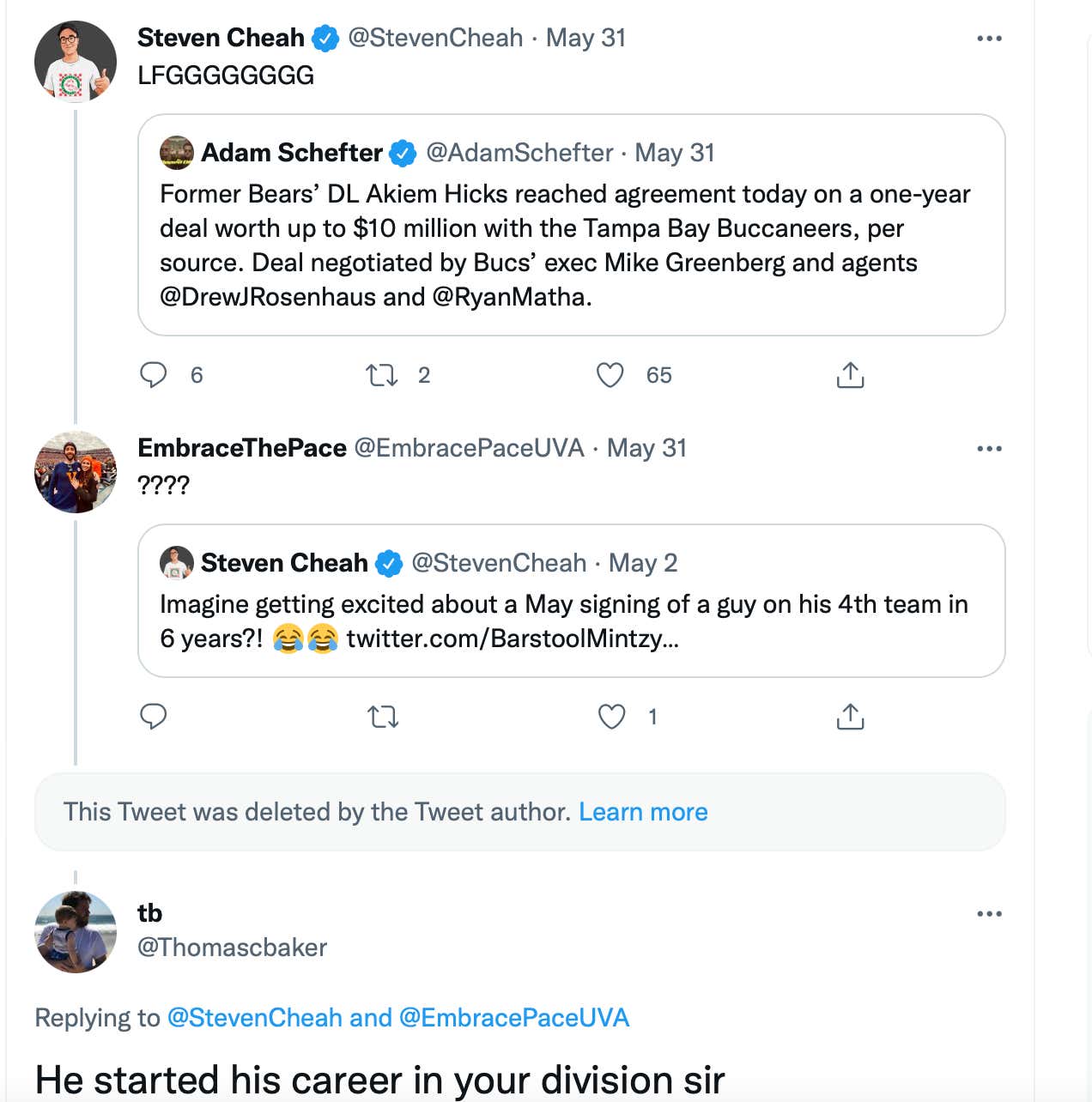 But you see Steven, the internet is written in ink. Not a #2 Dixon Ticonderoga. Everyone point at Steven and laugh!!!

Just kidding. I'm the last person on earth who should be giving shit to anyone for getting a fact wrong when speaking off the cuff. Love me some Steven Chea.

What I'm saying is this was a clickbait article to let everyone know Smitty and I are streaming some blackjack tonight. Now, I can't legally play online table games in the state of IL so this is NOT me gambling. Rather this is me coaching Smitty on how to play his cards and win dolla dolla bills ya'll.

PPS - this is our 2nd blackjack stream. On the last one people think I truly wanted to split blackjack:

I know how to play blackjack ya dummies. I was yelling "split em" on 90% of the hands that were dealt because I could hardly see the cards due to the font on the Discord stream being like size 2.