"Every commissioner I know always gets booed"

It's a legendary fantasy football league. We'll start there. Guys know about this league as we talked about on Starting9. There's big money leagues across MLB and this one is obviously notable with Trout running the show. And honestly - the more we learn about this situation, the more I demand to know about MLB culture and big money wagers and all that shit. We've been hammering the players and the league forever about not promoting the guys the right way. We're seeing all these different moves to combat it. Faster game vs. offense. New broadcasts with zany announcers and cutting age analytics. There's shitty campaigns on social media and new uniforms and expanded playoffs and all this shiny new stuff.

But what if we just focused on the interpersonal beef? What if we zeroed in on Mike Trout's suspect administrative efforts and the underlying conflict? To me that's way more interesting. Go all in and give us a full reality television series, but not just to one team, and not just spring training.

Give me like 5 players from different clubs but still in the same friend/peer group. Follow them around all year with an emphasis on when they cross paths competitively and tell the story of how utterly insane they are about winning and playing well. You think Tommy Pham hitting .230 on a last place team is impacting the way he addresses conflict? You think he isn't raging while he parallel parks or the Starbucks app goes down?

Instead I'd rather have you consider this: the average sports fan is not drawn to what makes professional athletes different. We're not interested in how unique or special these guys are. Everyone watching and paying attention knows that pro athletes lead completely different lives and almost all of us are envious of this fact. And as such, you won't be capturing my attention following A Day In The Life Of someone reporting tens of millions of dollars on line 11 of their 1040.

You're much better off following the formula laid out here: give me the relatable storylines. All of them.

I can't throw 95 or hit bombs, but you better believe I live and breath fantasy football drama with the boys every fall. I can guarantee there's issues with how much the league costs and collecting the money. Setting up the draft will be an absolute nightmare, especially with so many wives and babies and responsibilities to account for. And then you got guys living across different parts of the country mixing time zones and cultures. Some of us are very serious. Some of us just want a reason to stay together as we get older. But all of us are willing to drop the gloves and talk shit the second it gets heated. Apology texts the next day hit just as strong.

What I just described exists across an untold amount of friend groups. Maybe tens of thousands? And this is just one example, but an important one worth noted consideration.

What sucks me in is that I'm apart of this group chat. I belong to this fantasy league. Maybe not exactly, but in my head I'm living this story out in real time. I'm one of the guys because it's so easy to be one of the guys and put myself in the center of this controversy. There's gotta be so many other examples of this across MLB clubhouses and I want to unlock more of them.

Bachelor parties. Imagine the conflict of getting married in the offseason and following the social dynamic as guys change teams and make new friends. There's gotta be some major grudges about leaving old friends for new friends.

Gimme Putts. Is that good or not good? You said on the 7th hole that it was good and that was way closer than my putt on 14. But now you're pressed and stressed and about to lose double points. Why are you not giving me this putt? **Makes putt** FUCK YOU MOTHERFUCKERS.

Splitting Dinners. But not some nice fancy one. I'm talking like a Sunday night at Applebee's.

Making Social Plans. Let me see two big leaguers slug it out over whether or not Bottle Service is "worth it."

Eskimo Brothers. All time classic one. That's a storyline that will play across human history. SHE MEANT A LOT TO ME. Those are funny arguments.

I can keep going but you get the point. Give me behind the scenes access to these guys settling on a thermostat number for the clubhouse. Give the bullpen catchers their own camera crew. Basically anything that can be related back to a standard normal group of guys doing guy stuff. That's the golden ticket with marketing professional athletes and I don't think there's much debate.

On that front, we went way behind the scenes on tomorrow's starting 9. So much baseball talk out of the gate that we almost need to break it up with some life stuff. Tomorrow's episode features a full-bodied mailbag with everything from unprotected sex to guilty pleasure TV to the science behind skipping leg day. It's different than your traditional baseball show, but I think you guys will like it.

And if you don't, that's okay too. Just leave a tip in the suggestion box here so we can keep improving.

Until then, check out the show and subscribe to the channel. A couple clicks go a long way.

Please be the clicks that make a difference.

PS - Eddie is a fine commissioner for the dog walk snake drafts but even so I just love bitching at him. One of my favorites things to do in this job. What now Ed? Another ad read in the middle of the goddamn show? Some stuff never gets old. 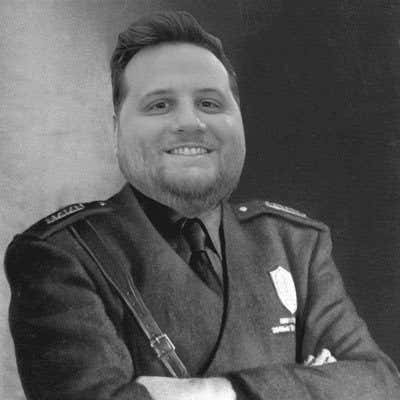