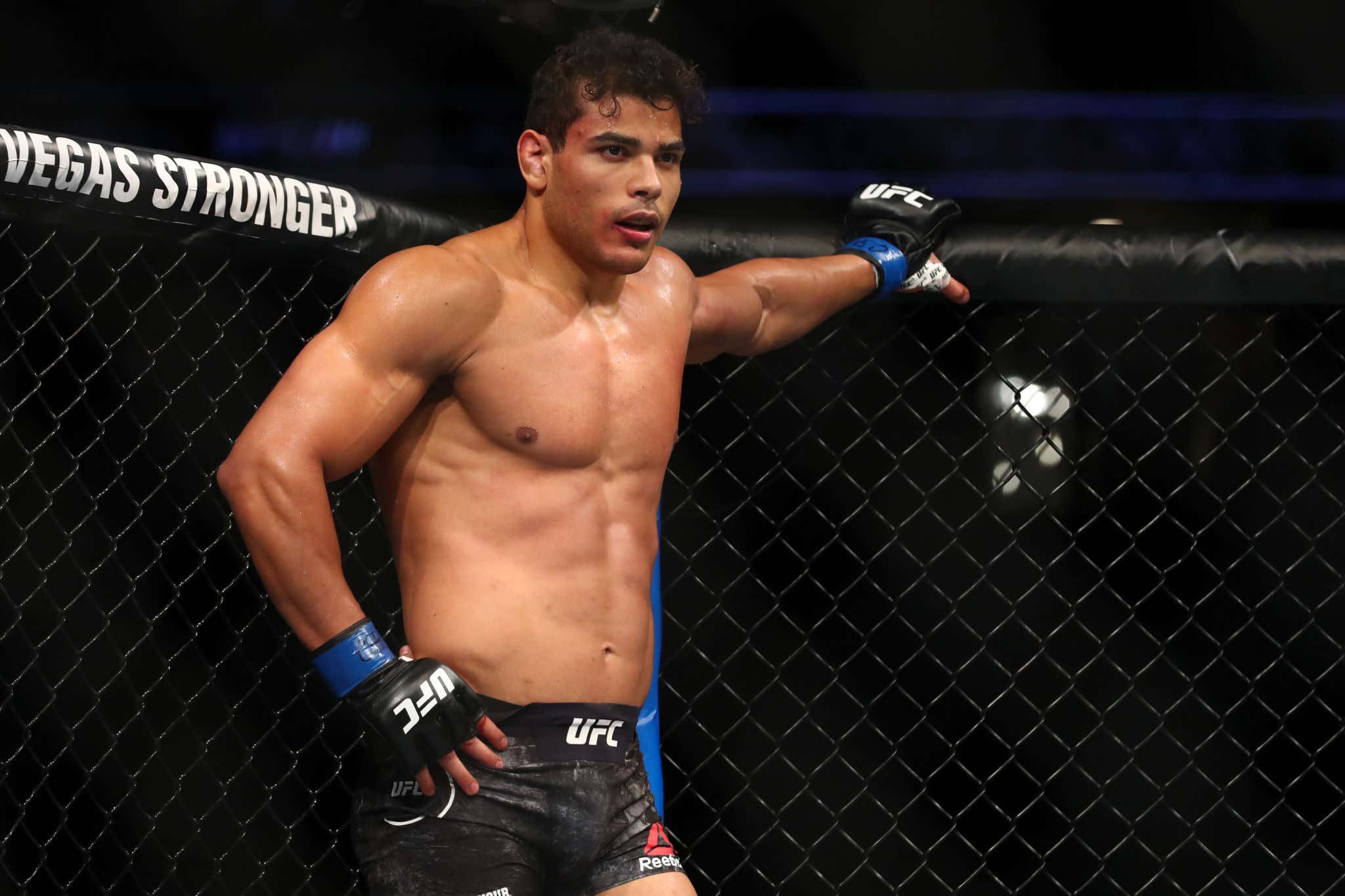 MMAFighting- UFC middleweight Paulo Costa was questioned by police in his hometown of Contagem, Brazil, after allegedly hitting a nurse with his elbow over a vaccination certificate for COVID-19 on Monday, multiple local news outlets reported Tuesday morning.

Speaking to local radio Itatiaia, the nurse said Costa showed up at the vaccination station and walked around for a few minutes before saying he had already been vaccinated when asked for proof of vaccination. When Costa decided to leave the place “and saw I was after him,” the nurse said, “he threw an elbow that hit my mouth.”

According to reports, Costa told a security guard he had been vaccinated, but the nurse refused to give him the vaccination card and held him by the arm. Costa allegedly told the security guard he tried to free himself and accidentally hit the nurse.

Here's a pretty surprising but also not-so-surprising story outta the MMA world, as it seems Paulo Costa has allegedly elbowed a nurse (no idea if the nurse was male or female) over a vaccination card this week.

On one hand, I'm stunned that anyone his size and in his position is throwing elbows at nurses over something like this, and on the other - Paulo Costa is a weird fuckin guy. Remember when he put on an all time bad performance against Stylebender and said he was drunk in the cage from drinking too much wine the night before?

Then he kinda lost his mind over getting humped afterwards?

Sounds like he tried to get that vaccination card with more ferocity than he tried with in his title fight!

Sorry, that was mean. I shouldn't fire shots. Clearly Paulo isn't into shots and I'd be risking an elbow to the face. AYYYY!

Costa doesn't seem too fazed about all of this, though, as he's been memeing up a storm on Twitter ever since news broke….

We discussed this (and plenty more headlines/topics) on the Spinnin Backfist MMA Show this week, so check that out if you're interested….

Other topics discussed include:

-Conor McGregor/Jorge Masvidal going back and forth on Twitter, calling each other pigeon/pea brains

-Gervonta Davis' unbelievable knockout from this past weekend