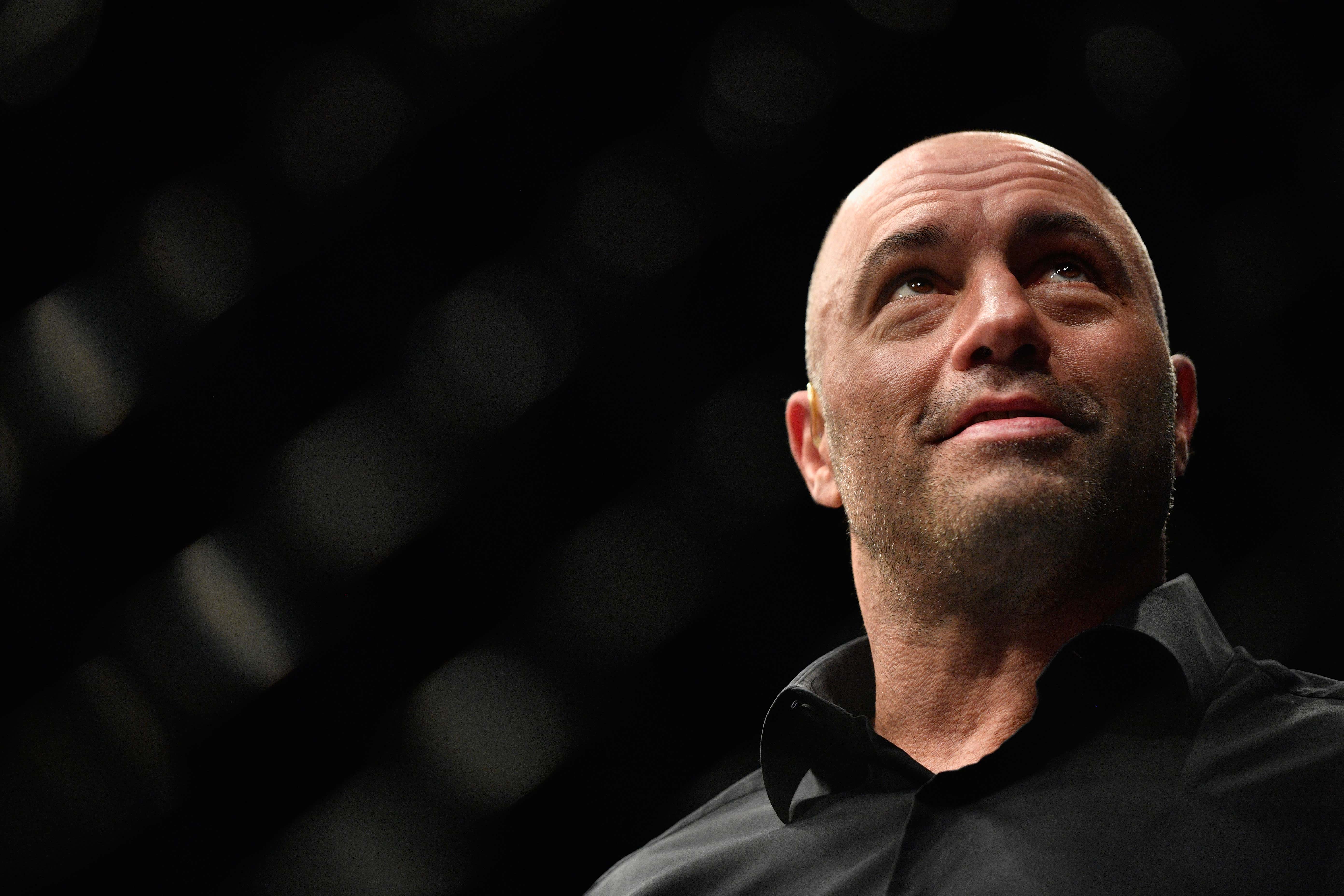 As I've said before, when I opened for Joe Rogan at a quaint little colonial inn on Cape Cod back in the early 90s, I somehow never imagined a distant future where he would be Ground Zero in a Culture War that's tearing the country apart. Yet here we are.

The story should be familiar to everyone by now. Rogan has a platform that is probably bigger than any other media figure in America right now, which makes him an inviting target. He podcasts for three hours or so a day, every day of the week, which gives the people with a vested interest in taking him down a lot of content to find fault in. And when he's not riffing with comics or talking about the paranormal or whatever, he's outspoken on hot button issues of our times, like Covid vaccines, trans people in sports, drugs and guns. Which provides his critics and his competition with plenty of ammo.

And they've done their best to use it against him. From the narrative that he was taking "horse dewormer" to treat his Covid to Boomer artists like Neil Young and Joni Mitchell demanding their content come down off of Spotify in protest of Rogan's $200 million contract. Which pretty much had the effect you'd think it would if you had the slightest clue as to how the world works. Unintended Consequences is more than just a concept; it's the law:

Obviously, he not only survived the effort to take him down, he thrived. The whole thing, predictably, turned out to be another example of The Streisand Effect:

Streisand Effect refers to the unintended consequence of further publicizing information by trying to have it censored. Instead of successfully removing the information from the public, it becomes even more widely available than before as a backlash against the censorship attempt.

Not so predictably is who Rogan identifies as being against him, and who he credits with coming to his defense:

Source - Joe Rogan said that Fox News and conservative media outlets were the only ones that supported him when he faced accusations of spreading vaccine misinformation earlier this year.

Speaking on Tuesday's episode of his podcast, The Joe Rogan Experience, Rogan lamented that he felt Democrats had abandoned free speech and openness to other people's ideas.

He said that in the past the right was the 'suppressive' party, but that now the left has assumed that mantle.

'Today the left has gone so fg far left, so radical that the right are the ones celebrating comedians, celebrating [Dave] Chappelle,' Rogan said. …

'Would you ever think that they'd [Fox] be the ones to cape for you?' Anwar asked Rogan.

'I'm so liberal, I talk about it all the time. I'm not a conservative, I'm not conservative.' Rogan said.

These are strange days, indeed. Elon Musk, who's put twice as many electric vehicles on the road as all other manufacturers combined is hated by the people who support green energy. And Joe Rogan, a Bernie Sanders supporter who uses weed and hallucinogens and used to host a game show where contestants ate animal dicks for prize money, is a hero to Fox News. How did we get here?

But I'll take a feeble stab at it.

First of all, Rogan is 100% correct about how the right used to be America's judgmental aunt, crossing her arms and staring at us over her bifocals disapprovingly. They were the ones giving the culture stern lectures about bad words in rap songs, violent video games and sex on TV. They were railing about the need for schools with morning prayers and uniforms where the girls skirts were long enough that their fingertips couldn't reach the hems, lest the boys have impure thoughts. For the most part, they were laughed at an ridiculed. Dana Carvey's Church Lady became arguably the greatest recurring character in SNL history, mining gold out of the motherlode of content provided by these finicky nitpickers. Without question, the right were the self-appointed Thought Police of the era.

And the left? They were the fun uncle. The cool guy who told dirty jokes and let you have a sip of his beer when the aunt was off at her church social. As long as you weren't physically hurting anyone, nothing was off limits. The left laughed along with you at American Pie when Jimbo and his buddies secretly recorded Nadia getting naked on a web cam and defended 2 Live Crew singing "Face down/ Ass up/ That's the way we love to fuck," because they believed that you couldn't repress young people's natural urges. And that was a hill they were willing to die on.

Yet at some point, the aunt and uncle switched roles. There wasn't a formal announcement. No one put it to a vote. It just sort of happened while colleges were instituting speech codes and the premium cable networks started dropping old teen sex comedies as inappropriate while bringing full frontal genitalia and beheadings to prime time TV.

To me, the whole switch is less about Left vs. Right than it is the danger of following any particular ideology. Because if you trust and believe every principle espoused by either side, sooner or later you're going to get snagged by the hypocrisy inherent within. You're going to find yourself having to hate some comedian because you don't like the way his doctor treated his illness, or making a hero out of him despite the fact his vision for how the country should be run is the polar opposite of yours.

Around 50 years ago, Pete Townsend of The Who said it better than I ever could:

There's nothing in the street
Looks any different to me
And the slogans are effaced, by-the-bye
And the parting on the left
Is now parting on the right
And the beards have all grown longer overnight

The title of that one is "Don't Get Fooled Again." It's one of the smartest songs ever written. And just as relevant now as it was then. Especially the way it ends:

Meet the new boss
Same as the old boss

The best indication of intellect is the ability to consider someone else's idea without accepting it. Let's all do better at learning to think for ourselves.