Phil Hellmuth, the (self-proclaimed) GOAT, is missing the opening WSOP event, the $100,000 bounty, due to massive, unrelenting, unstoppable diarrhea. This would be like Jordan missing game 1 of the NBA Finals. But that's how dire the diarrhea situation is over at casa de Hellmuth. Coming out of him like he just had some bad meat at the Brazilian steakhouse.

You can still register the $100k tomorrow morning on day 2, so there is still a slight chance our king gets rid of the poopies and makes it down to the poker room to win his first of 4 bracelets he's said he is going to win this Summer. That's right, he says he's going to win 4. Humble as always.

But in better news, look which Phil did show up for the $100k…

Poker is better when Phil Ivey is involved. He doesn't play the WSOP very much anymore because the cash games he plays are so massive he's losing money by playing WSOP events. But he's been playing, and of course crushing, tournaments recently, so it looks like we might get a little more volume than usual out of Ivey. Definitely something to keep an eye on.

And just like that, the WSOP has begun. I love following it and all the story lines every year. I'll do a more in-depth preview tomorrow. For now, just refreshing the live updates, hoping Hellmuth ascends from his porcelain throne and hops in the mix with a diaper on.

So glad to have live updates back. 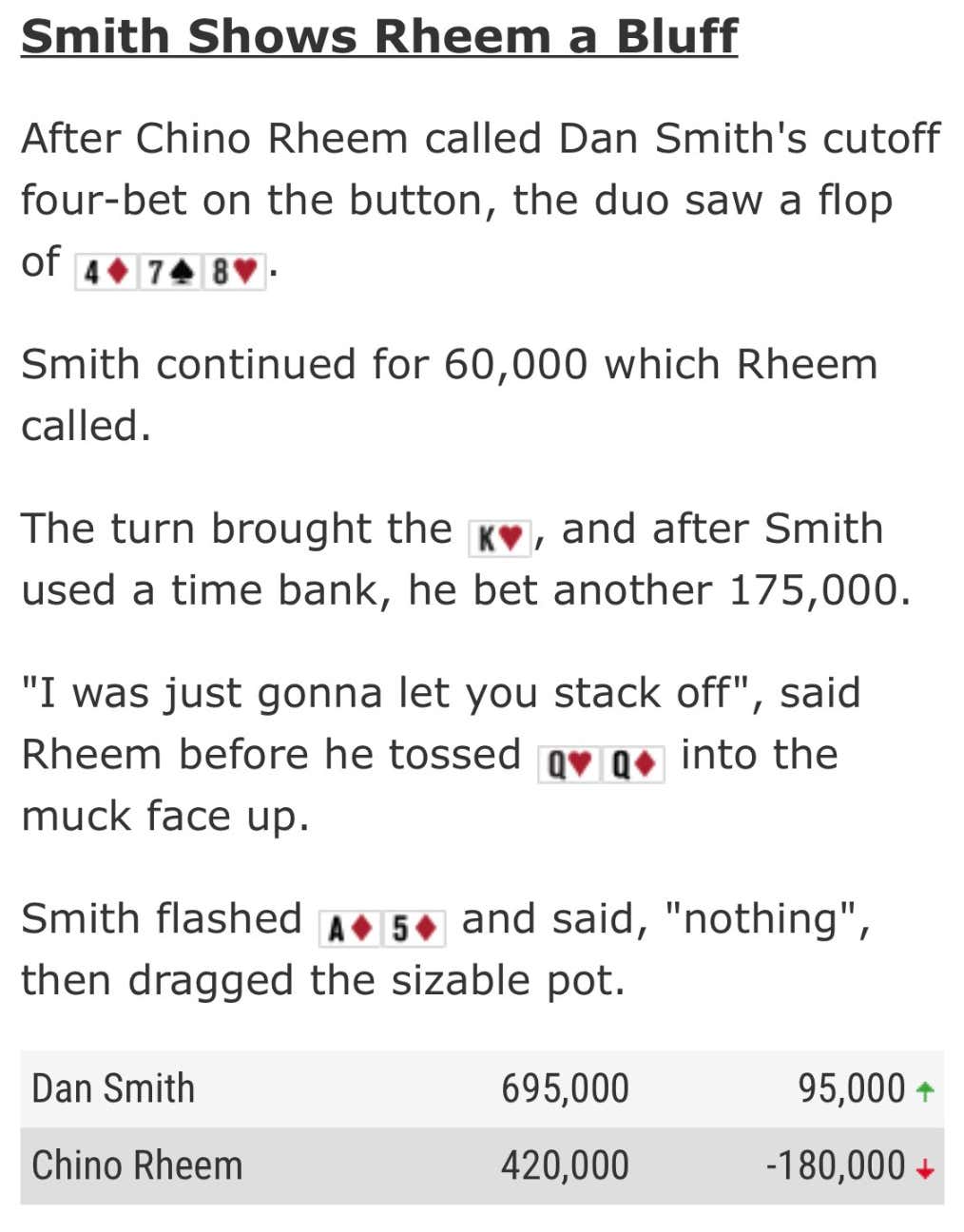