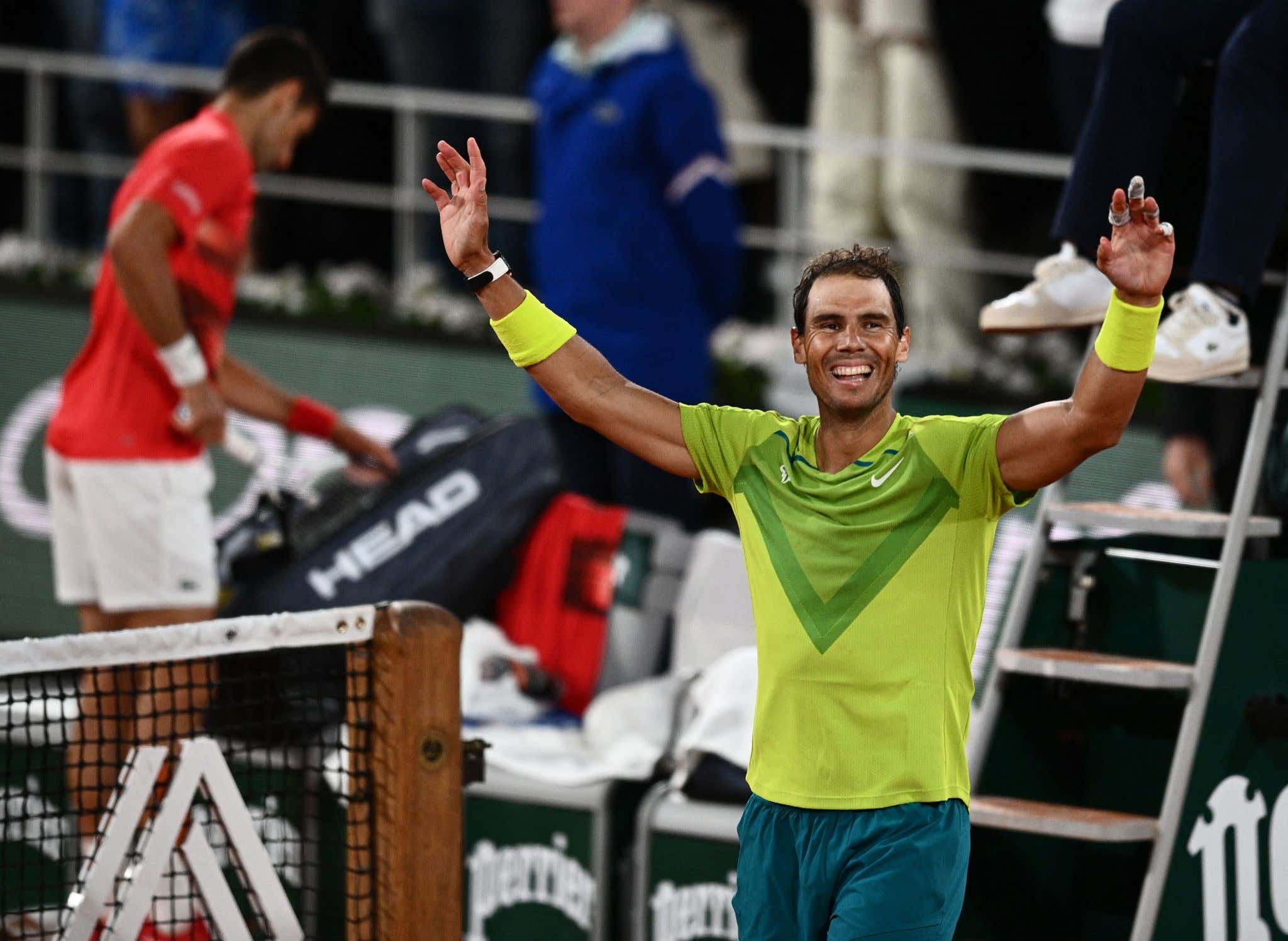 The King of Clay has done it again. Counted out by many heading into this match (a decent Vegas underdog), including myself, yet here he is taking down Novak Djokovic in four sets and getting his revenge from last year. People thought he'd be tired from his match against Felix, some thought Djokovic simply couldn't be beat in the shape he was in, others saw him playing at night (something he has been outspoken about hating on clay). None of it mattered. Nadal is now a preposterous 110-3 career at the French Open. Every time I update the record it seems fake.

His opening set could not have possibly been played any better. I mean he out-classed Novak in every regard, blasting forehands by him after long, grueling rallies. It was a punishing, demoralizing opening set of tennis put on the Serbian.

Rafa raced out to a 3-0 lead to begin the 2nd, on a double break, but Novak refused to say die. Djokovic won 6 of the next 7 games to even up the match. The live vegas line after the second set had Novak as a -350 favorite, way more than the -230 he was to start the match. I certainly thought he would go on to dominate from that point on based on that. He seemingly had all the momentum. Only problem for him was that he was playing Rafael Nadal at Roland Garros. There's no such thing as momentum against that superhuman.

Rafa refused to give in. In fact, he absolutely took it to Djokovic from that point on. The 3rd set was an obliteration. Just about as one-sided as the 1st set and it seemingly came out of nowhere. Novak completely dropped his level and Rafa pounced.

Novak actually served for the 4th set with another chance to even things up, but was easily broken.  Nadal took him out in the ensuing tiebreak with Djokovic making terrible shot choice after terrible shot choice. It was't the easiest though with Novak battling back from 6-1 down to make it 6-4. Nadal prevailed.

At 35 years old it's insane what this man just did to an in-form Djokovic under those conditions. Today it did not matter. I truly didn't expect it from him, but that's on me. Maybe when you're 110-3 you're owed the benefit of the doubt. The stamina and fight of this man is unmatched with pretty much any professional athlete out there.

Next up? Alexander Zverev in semis who took out Alcaraz earlier today. I'm guessing Rafa will be somewhere around a -250 favorite. As he showed today, Zverev when he's on can be borderline unplayable. Maybe his first ever win against a top 10 opponent at a slam could unlock another level. Unfortunately for him that may not matter considering his opponent. The King of Clay is now two wins away from his 14th career French Open title and 22nd overall slam.