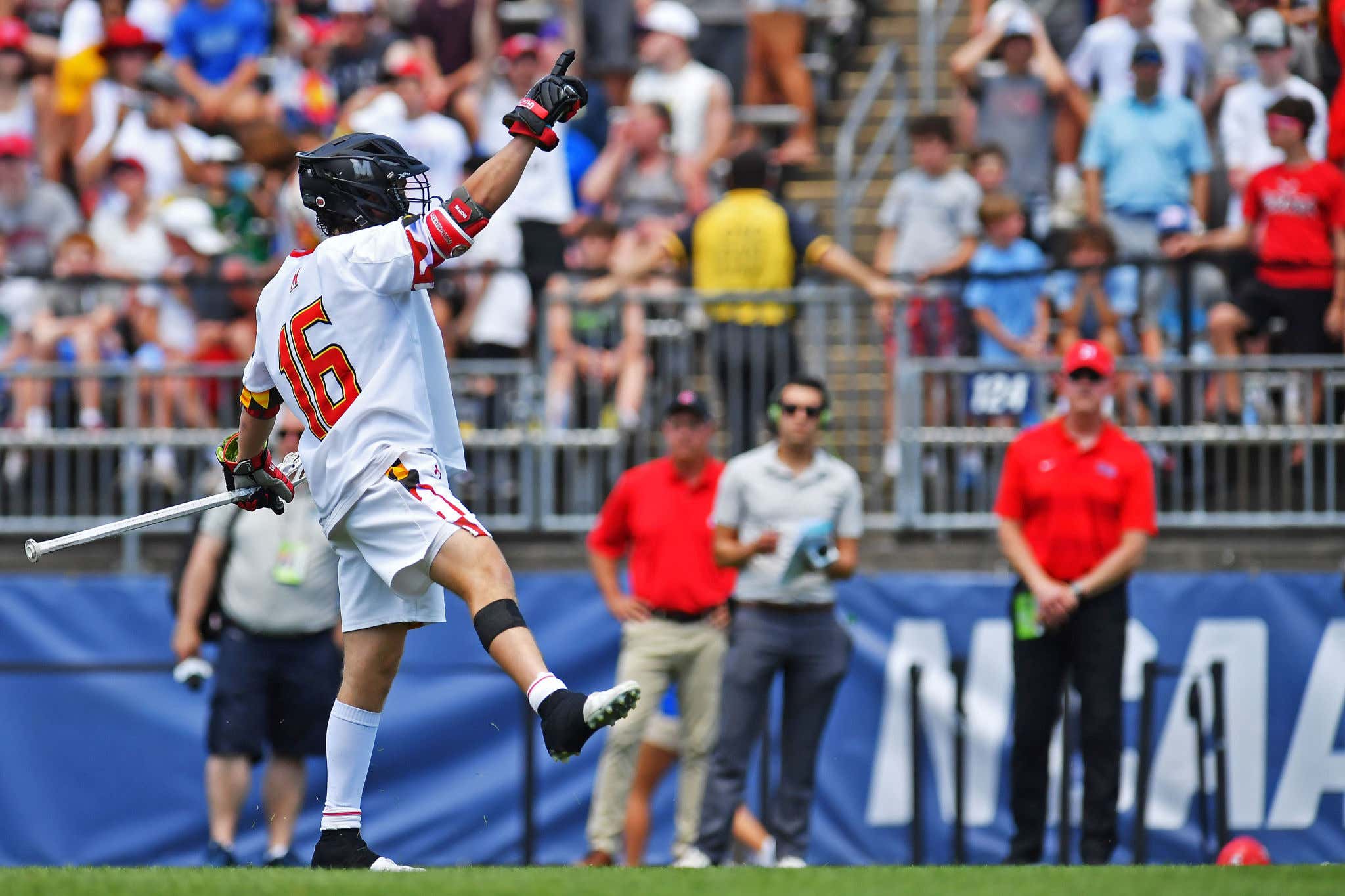 The Maryland Terrapins went 15-1 last year. Their lone loss came in the National Championship game against Virginia. 60 minutes away from perfection in 2021.

This year the Terps came out and spanked the balls off of everybody they went up against. 12-0 in the regular season. 2 easy wins in the Big Ten Tournament. A beatdown against Vermont in the first round of the NCAA Tournament. A beatdown against Virginia in the quarterfinals to avenge last year's loss in the title game. A sloppy but decisive win against Princeton on Saturday. And then today against Cornell they were up by 6 goals heading into the 4th quarter before they just hit a wall physically. 2 games in one weekend, and a full season of kicking everybody's ass were finally catching up to them. Cornell was charging back and making it look like we were in for a classic finish.

But Logan McNaney kept making massive save after massive save, and the Terps held on through the finish line to cap off the perfect season. The first undefeated season in college lacrosse since the 2006 Virginia Cavaliers. And with that win, this '22 Maryland team puts themselves right in that conversation with '06 Virginia and '90 Syracuse as the greatest college lacrosse team ever. They may not have had as much "talent" as those teams. Although I find it hard to believe that anybody could find more talent than this Maryland team could put on display at times.

But as far as a compete team goes? As far as an absolute machine is concerned? From the goalie to the defense to the shortstick Dmids, to the faceoff specialists, to the offensive middies to the attack? Nobody has ever been more complete than this Terps team. And sure, that 4th quarter was exciting. Credit to Cornell for making this a game that you couldn't turn off at halftime. But at the end of the day, it's so much better that Maryland was able to hold on to this win than for the upset to happen. That would have left a really weird stamp on this year and overall would have made the 2022 college lacrosse season incredibly forgettable. But now we'll always remember this 2022 season for this Maryland team. So a great final 15 minutes to close out a great season of college lacrosse.

So congrats to John Tillman and the gang. That's a legacy defining win right there. For a team that has made a habit of getting to Championship Weekend but not winning on Memorial Day, this entire season has flipped that script.

Thanks to everyone who followed along all season with the college lacrosse content. Now how spoiled are we that we get to roll right into the PLL season next weekend? Let's keep this thing rolling.