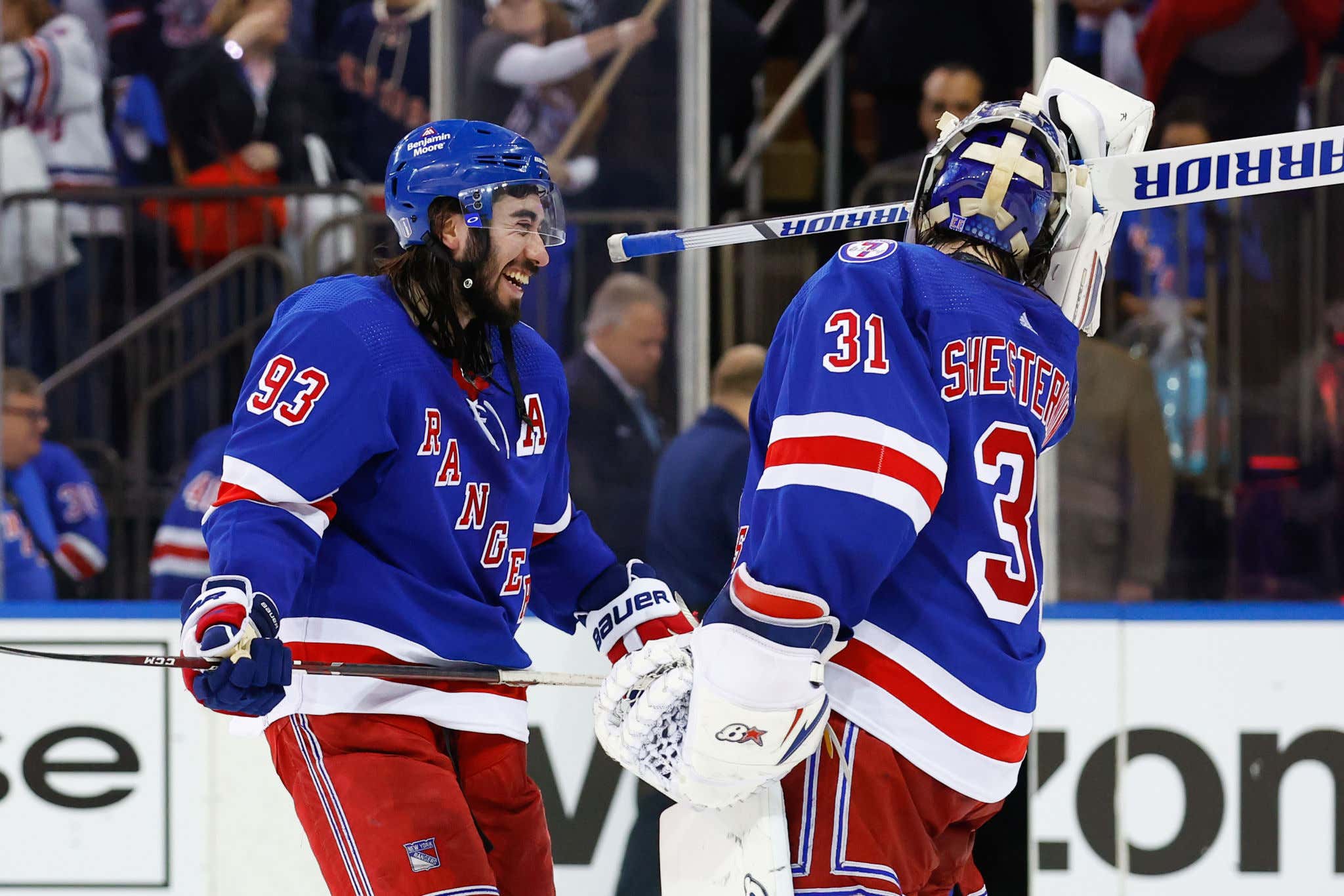 Carolina is 7-0 at home this postseason. New York is 4-0 fending off elimination. Only one of them is leaving Raleigh with their zero intact.

Both squads should be confident but only one should be feeling any pressure and that's the home favorites. Smack in the midst of their contention window, the Canes are the ones with expectations. After getting swept in the ECF back in 2019 they were the up-and-coming team ready to make some serious noise in the East. Since then it's been a first & second-round exit. Another early dismissal would be a huge disappointment. While they've dominated at home all playoffs, their inability to do anything on the road has painted them into another situation where all it takes is a bad/unlucky night to burn another year of their peak. Except this time they're staring at a Vezina/Hart finalist at the other end who's absolutely locked in and capable of single-handedly playing spoiler.

Despite being outplayed, the Rangers have been close in each of their three tilts at PNC Arena. They were up until about 2:30 left in Game 1, within a goal until an empty-netter Game 2 & the same until a Svechnikov tally with 7 minutes to play in Game 5. If they finished on a couple golden wide open scoring chances or didn't cough up a pair of momentum-shifting shorties any of those could've been flipped to W's. Woulda shoulda coulda - I know. Still, there's reason to believe. NY has gotten this far by being opportunistic ever since the regular season started. They don't need to miraculously control a full 60 minutes tonight although that'd sure be nice. All they need to do to tangle with the mighty Bolts is cash in on moments of good fortune.

The Blueshirts have kept their cool while Carolina pests have tried their hardest to get under their skin. They've gotten elite goaltending while the Hurricanes are counting on their #2 who was yanked early in the second period just 48 hours ago. The Rangers are still standing without a whole lot from their top two offensive weapons. There's an open invitation for Krieder and/or Panarin to help a white-hot #93 on Zibanejad Island find a way to bury that crucial first one which, if they can, will make it real difficult for the Caniacs and their squad to ignore a heavy dose of doubt.

Enjoy the weather. Enjoy your drinks and dogs. Make sure you take a moment to remember what today is truly all about. Then enjoy the New York Rangers kicking off summer with a memorable nightcap.