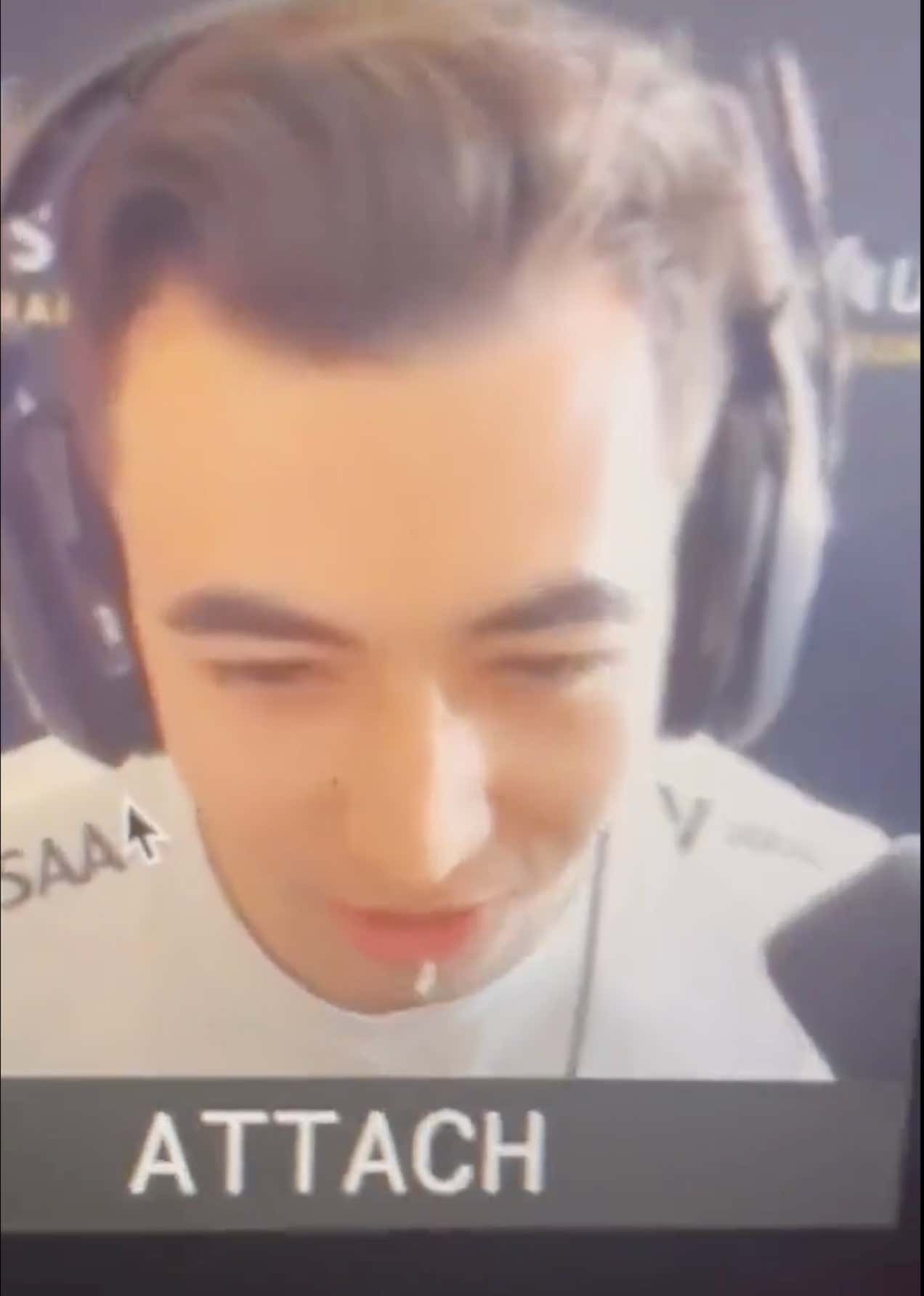 Passion - there's no other way to describe it!

Yesterday, Professional Call of Duty Player 'Attach' was frying so hard on the map that he started drooling mid-game…

Attach plays for the Call of Duty League team, Minnesota Rokkr, and he's an extremely well respected veteran within the league. Yesterday, they played one of their best series of all time and swept the second best team in the league, Atlanta FaZe.

Previously this year, Minnesota had a really rough start to the season - they ended last year on a really good note by finishing Top 4 in the league, but to start this year these couldn't quite get it together. They made a roster change by benching MajorManiak and bringing in Havok. Since this move, they're 5-0 and arguably a top 2 team in the CDL.

Betting On Competitive Call of Duty

2 weeks ago, Competitive Call of Duty betting got approved on the Barstool Sportsbook - so now, you can bet on the CDL League if you're in AZ, NJ, WV or CO. When the news broke, I was absolutely stunned - I truly thought we were 2+ years out from this, but the Sportsbook got it done and to me knowledge, we're the only major sportsbook that allows esports betting! Currently, you can bet on Valorant, Dota 2, League of Legends and my favorite, Call of Duty.

I've been giving out picks every day before the matches and am currently 11-2 since it became allowed on the Sportsbook:

On top of that, I wanna grow the Call of Duty league by sharing the stories of the players and all that drama that happens on the scene. It's one of those situations like F1 where you don't realize how much truly goes on until you pull back the curtain.

League matches are played on weekends - so today we have 4 consecutive matches starting at 3pm EST.

These should be 4 very solid matchups with my favorite team, OpTic Texas, closing the night at 7:30pm EST.

Call of Duty series are played as best of 5s on the following modes: Hardpoint, Search and Destroy and Control.

Today's picks are as follows:

I'm parlaying this together for +709

So how the spread works on CDL betting are by series maps. When you see OpTic -1.5, I'm betting that OpTic will beat NYSL by at least 2 maps. So if this series goes the distance to map 5, I'll lose, even if OpTic ends up winning the series.

FaZe need a massive bounce back today and even though LAG won Major II, they've been playing terrible this entire stage. In theory, FaZe should cover fairly easily.

Toronto Ultra vs London Royal Ravens - Ultra has been on an absolute tear lately and can't be stopped going into their home major. The Royal Ravens have looked much better earlier this year and seem to be hitting some bumps in the road with a roster change and a time where they can't seem to put it all together.

Boston Breach vs LAT - I'm anticipating this to be the best series of the day. Los Angeles Thieves are the streakiest team in the league. Sometimes they look like the best team every formed and other times you question if this team has ever played competitive Call of Duty. Boston Breach has played consistently well since their Top 3 performance at Major II, so I'm expecting them to keep that same energy and get a dub here today.

OpTic Texas vs New York Subliners - OPTIC BABY! This is the GreenWall, the most loved team in competitive Call of Duty. After a few years of underperformance, they're back as the top dog in the league. They've been looking absolutely unstoppable lately and the next victims in their path are the Subliners. This won't be an easy matchup though. New York is sporting a new roster featuring a player named 'Kismet' who has really helped take the team to the next level. I'm expecting this to be a great matchup with OpTic winning 3-1.

On twitter and on future blogs, I'll be sharing more of the storylines and drama to help you understand everything that's going on behind closed doors within the league.

Competitive Call of Duty is a ton of fun to watch and feel free to tweet me with any questions you have!

If you wanna read more up on the CDL, here's my recap blog from last Major II when we saw one of the greatest runs in competitive Call of Duty history.