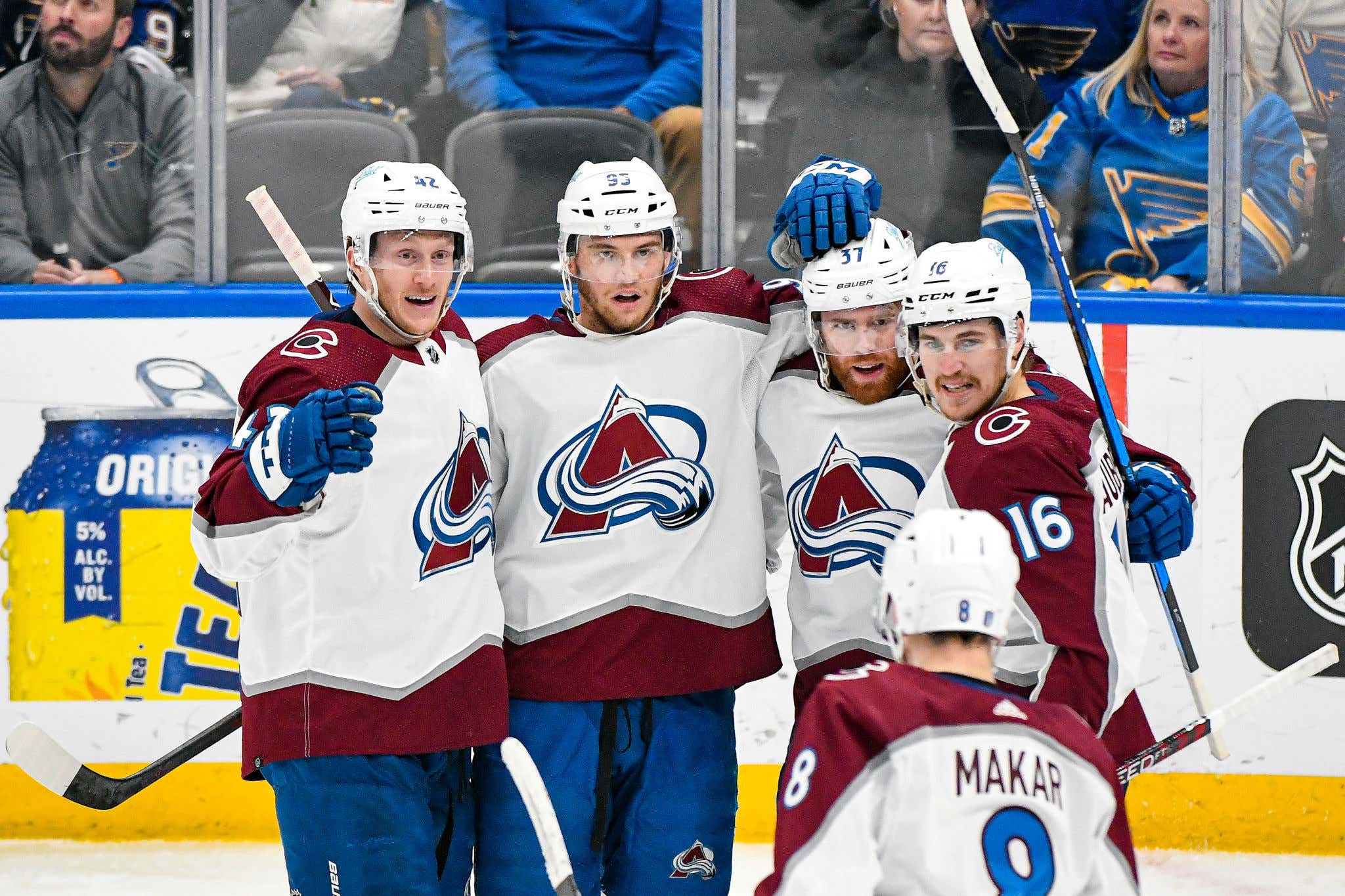 If the NBA postseason hasn't given us a fair share of competitive games, the 2022 Stanley Cup playoffs have more than made up for that on the sports calendar. In the event you're not a fan of the pucks and the ice and all that because of some misplaced resentment toward Canada or whatever your trivial reason is, now's the time to tune the fuck in.

Because how can you watch this Game 6 winning goal by Darren Helm with less than six seconds on the clock to send the Colorado Avalanche to the Western Conference Final without getting HYPED!?!?

The best thing about the Avs' triumph over the pesky St. Louis Blues is that we get the NHL Frozen Four matchup we've been WAITING FOR. You get Colorado, the deepest, most explosive lineup in the entire league, squaring off against Connor McDavid, Leon Draisaitl and the Edmonton Oilers

With respect to Blues fans, you had your fun. I know the Lightning have won the Stanley Cup the past two years and that's tough for everyone. St. Louis, you got the unbelievable thrill of watching your team climb from, literally, the cellar of the NHL standings to hoisting Lord Stanley's Cup when all was said and done in 2019. This year, NO DICE.

Colorado has had an absolute nightmare of a time trying to get past the second round. All the elements have been in place for a Cup run for a while now. Strong regular seasons have preceded playoff disappointment. It seems like everything's jelling this time around. What bodes especially well for them is how excellent they've been away from home.

Whether it's the Oilers or Avs who advance to the last phase of the postseason, it'll be a phenomenal story either way. I mean, me personally? I have a futures ticket on the Avalanche to win the whole damn thing, so that would be NICE. However, McJesus and Draisaitl lifting Edmonton to its first Cup since the dynastic Wayne Gretzky era? Too awesome to deny.

Let's let the Colorado faithful rejoice over this one. Been several years in the making. Also, special shout-out to their beloved goaltender Darcy Kuemper. Dude had to bide his time for a starting gig for YEARS, only to get thrown in the desert and suffer with the Coyotes for three seasons of split duty. Finally, with a championship-caliber team in front of him, Kuemper is thriving. WELL DONE, SIR. Well done!

Check out all the great hockey gear in the Barstool Store here.