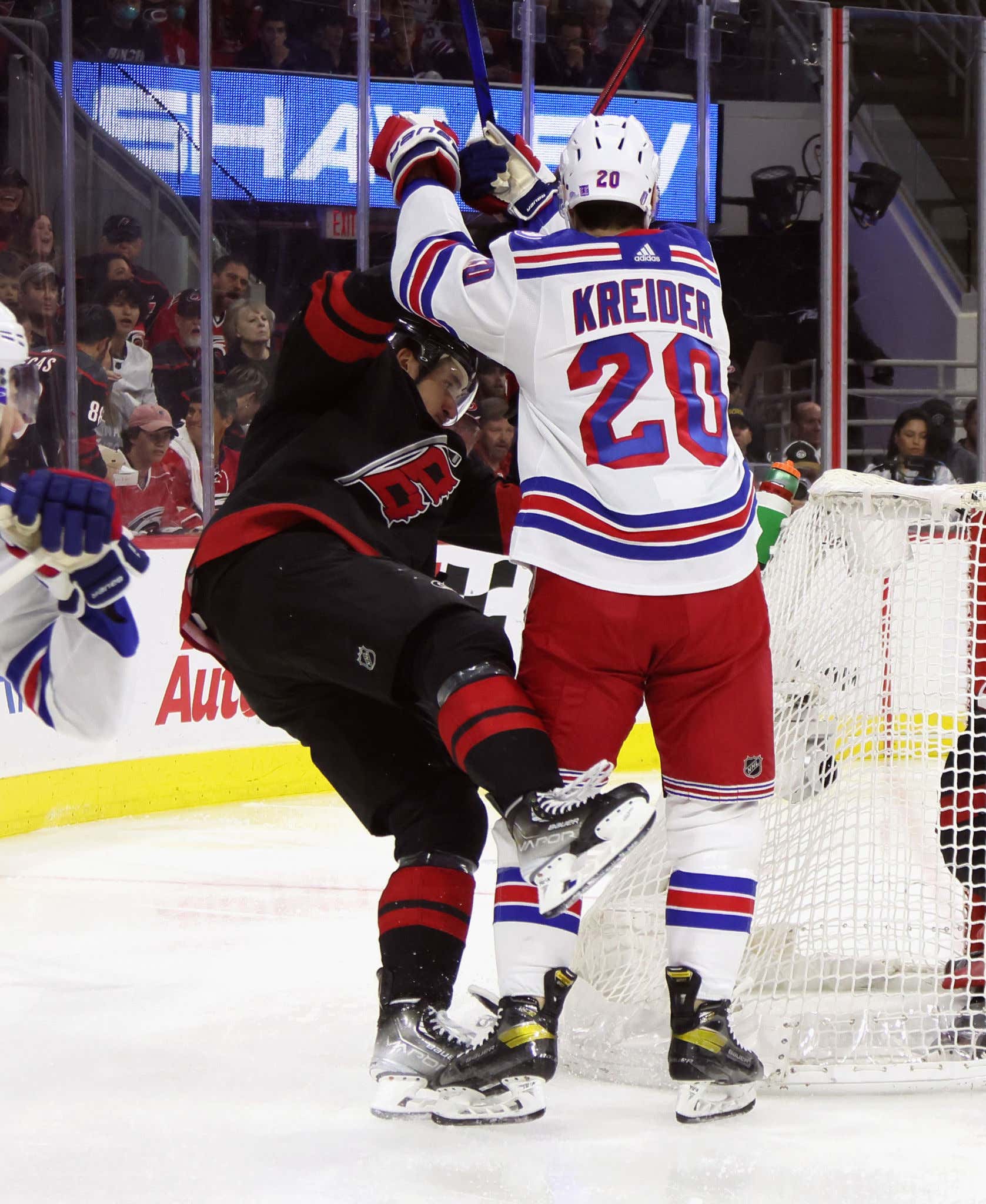 For as much as Carolina downright owned Game 5, let's remember this - it was only one game. Only one home game in a series where the home squad has come out victorious every time. Nothing out of the ordinary. So despite being on the brink of elimination, the back-and-forth shifting to MSG means the Rangers are still on course. Coming into Round 2 any fan would've signed up for a winner-take-all Game 7. A 6th consecutive win under their own roof against a Canes squad that's lost every road playoff tilt by multiple goals gets them that chance.

Obviously the Blueshirts still need to bring their A+ effort. Not only is this a clinching opportunity for Carolina but they'd love nothing more than to get it done while snapping their losing skid outside of Raleigh. With the safety net of a return home you can expect the Canes to come out extra aggressive and try to put the Rangers in an early hole. Sure they were the comeback kids against Pittsburgh but this is a much better, deeper opponent that thrives on clamping down with a lead. The Hurricanes have bigger plans than simply making the second round and there's no doubt a road clincher would be an enormous confidence boost heading into an ECF showdown with the two-time defending Cup champs.

It's up to the Rangers to dig deep & protect their ice. Push these Canes to the limit. Put the onus on them to avoid a slip-up under pressure & keep their incredible home streak rolling. If they can do that in a Game 7 so be it - but don't give them anything extra by bowing out tonight. Not at the Garden. Not for DeAngelo, Smith, & all the other former Blueshirts to celebrate in our faces.