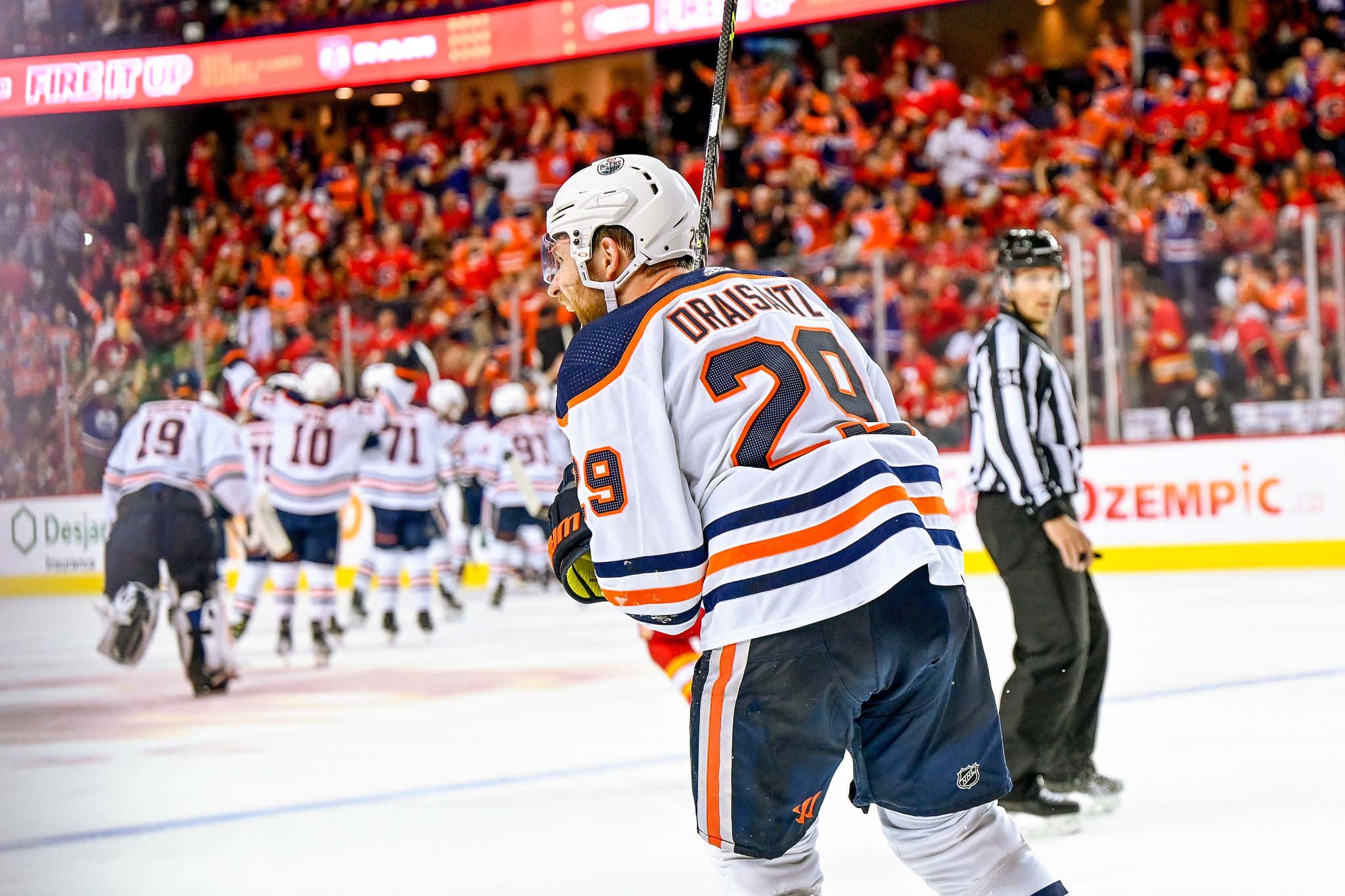 Connor McDavid is currently having one of the most dominant runs in Stanley Cup Playoff history. He's on pace to pass Wayne Gretzky's record for most points in a single postseason. He's must-watch TV every single night the Oilers play. He ended the Calgary Flames' season last night in OT. And he might not even be the most dominant player on his own team.

Now obviously you could make the argument that it's easy to rack up points when all you have to do is pass the puck to McDavid and it ends up in the back of the net more often than not. But let's just say the Oilers do the damn thing and advance to the Stanley Cup Final. They're halfway through the playoffs right now and both McDavid and Draisaitl have 26 points. You figure they'll have somewhere around 12-14 more games to play. Even if McDavid and Draisaitl have a couple of off nights (which they both seem physically incapable of having at this point), they probably both pass by Gretzky's 47 points. How in the hell are you supposed to just hand the Conn Smythe to one of those guys? You can't. Justice for Leon.