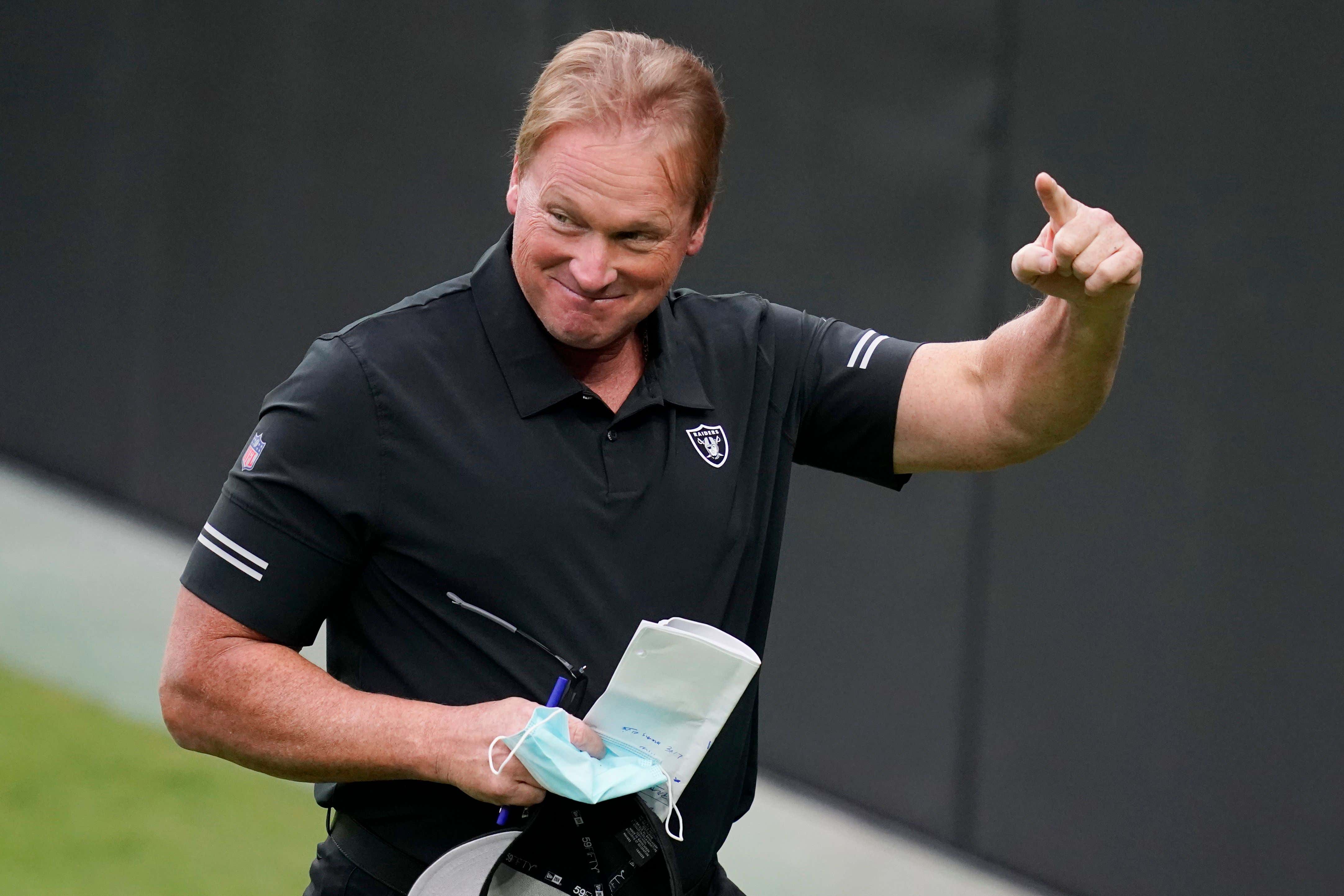 It's been over six months since Jon Gruden's lawsuit against the NFL for leaking his emails - more importantly, his emails alone out of a cache of hundreds of thousands - made much in the way of news.

Source - The complaint alleges that the defendants selectively leaked Gruden’s private correspondence to The Wall Street Journal and New York Times in order to harm Gruden’s reputation and force him out of his job," Gruden’s attorney, Adam Hosmer-Henner, said in a statement to Fox News Friday.

"There is no explanation or justification for why Gruden’s emails were the only ones made public out of the 650,000 emails collected in the NFL’s investigation of the Washington Football Team or for why the emails were held for months before being released in the middle of the Raiders’ season." …

"In contrast to the formalities of the Washington Football Team investigation, defendants’ treatment of Gruden was a Soviet-style character assassination. There was no warning and no process. Defendants held the emails for months until they were leaked to the national media in the middle of the Raiders’ season in order to cause maximum damage to Gruden," the complaint states.

This came in Year 4 of a 10-year contract that was going to pay Gruden $100 million. That is, if he didn't get fired. Which is to say, if he didn't have his emails made public in which he said indefensible things in writing that then became public. Which is precisely what has happened. So Gruden joined a team in the other great American sport: Dragging somebody to court.

Let's pause here and state what is obvious, but which still can't be stated enough. Believing that Gruden was dead wrong to say the things he said - racist remarks about NFLPA head DeMaurice Smith, gay slurs about the drafting of Michael Sam and so on - and believing that he got screwed by a smear campaign that was targeted only at him, are not mutually exclusive concepts. And saying that he was done dirty by someone in the league is by no means a defense of him or what he wrote. The point shouldn't be lost that he was emailing some very powerful, influential NFL figures with those Reply Alls, and apparently not one of them came back with, "Why would you say something like that? What's wrong with you?" But they're all still drawing fat paychecks and he had to resign in disgrace, unemployable. Maybe for the rest of his life. So let's not lose sight of that.

Anyway, Gruden just got the news he's been waiting since November for.

The judge pointed to Gruden's allegation that the league intentionally leaked only his documents. She said that could show evidence of 'specific intent,' or an act designed to cause a particular result. …

In the emails, which were sent more than a decade ago in some cases, Gruden said African-American players' union executive director DeMaurice Smith had 'lips the size of Michelin tires' and also called Goodell a 'f*.'

On Wednesday, Gruden emerged from the courtroom declaring 'Go Raiders' and told reporters as he walked to an elevator that he was 'just going to let the process take care of itself.'

Gruden attorney Adam Hosmer-Henner told the judge that putting the case in the hands of Goodell, a named defendant in the lawsuit, would pose an 'unconscionable' conflict-of-interest. …

Hosmer-Henner did not challenge the validity and content of the emails. But he complained that neither Gruden's lawyers nor the judge had seen the actual messages, and the public only heard accounts about them in the media.

'What is going to be an issue is [the league] … leaking those emails to the press, selectively, and then demanding that Mr. Gruden be fired by the Raiders,' the attorney said.

I'll say yet again, you can celebrate this as a victory without approving of Gruden casually tossing slurs around. Because what this means is that the public will get the full story, not just the selective, narrow, targeted narrative that some anonymous source handpicked to ruin his career in order to serve some shadowy interest.

I'll also say again that Roger Goodell is an evil, scheming lizard person. This finding by the judge means that at least some of his nefarious, self-serving schemes will be made public. Depositions and sworn statements and discovery. Some Supreme Court Justice once said that "sunlight is the best disinfectant." Which is a line I use any time the Irish Rose asks me to clean off the outdoor furniture because company is coming. But it applies here as well.

All right-thinking people who care about pro football have wanted to get that feckless empty suit to raise his sticky little sausage-fingered hand in the air, take an oath, and answer questions. So will everyone else on that email chain. But Ginger Satan never has. And while I have zero faith he will this time, and will opt to solve the problem with dumpsters filled with money other people earned like he always does, at least he's backed into a corner. At least his hypocrisy will be exposed as he settles this out of court in order to avoid having to tell the truth. That alone serves the cause of justice in some small way.

What's not going to be small in all this is the settlement. Gruden may be disgraced and unemployable. But he's about to get PAID, for nothing more than getting screwed by someone in Goodell's crime family.