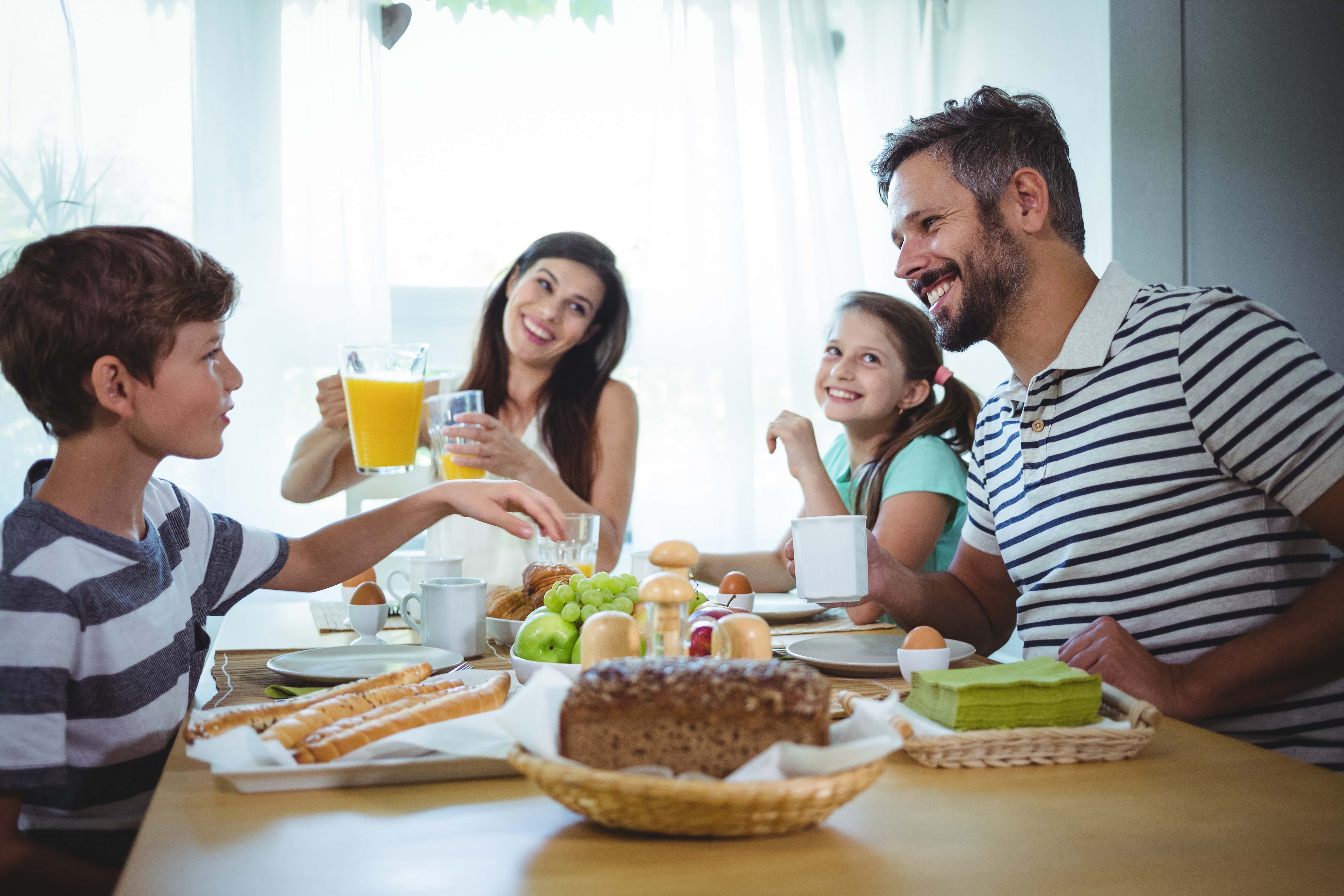 Breakfast for the American family is not like it used to be. Long gone are the days of the perfect 1950s TV family sitting around the table together in the morning, mom serving up a hearty, homemade breakfast in her dress and pearls, the 2.4 kids discussing their hilarious, madcap shenanigans before heading off to school. Dad in his suit and tie kissing his beloved goodbye as he heads for the office in his DeSoto, quietly hoping Joe McCarthy succeeds in his efforts to save America from the Commies.

Even in your 2000s TV, teens might have just been stuffing a cold Pop Tart into their mouths while mom made wise cracks about what a loser their dad was. But even they seemed to have all morning to drive to each other's houses, have conversations and move the plot along before homeroom.

But those days are gone too. It's scrambling to throw the toddlers in the car, grapple with the baby seat, chauffer their gender-fluid kids to the dropoff curb at the school before hitting the drive thru for an extra large iced coffee, pop a Xanax, and prepare for a day of Zoom-related cyber drudgery.

But no more. Because thanks to a Scandinavian food conglomerate, the family morning meal is BACK! Because it's getting the one essential part every nutritious breakfast has been lacking until now:

Source - A 'uterus-shaped' cereal has been launched with the goal of putting conversations about periods on the table.

Despite being marketed as womb-shaped, the cereal actually resembles the entire female reproductive system [and] is dyed red to mimic the colour of blood.

A survey of more than 2,000 people by the company found 48 per cent of girls and women are too embarrassed to talk about their period.

Genius. And long overdue. How many kids go to school malnourished every day, and therefore less able to get a good education, because they don't take the time to have a balanced breakfast? Well nothing will draw them to the table and keep them there like a big, heaping bowlful of Whole Grain Uter-Os. Honey Bunches of Ovaries. Cinnamon Toast Cervix. Period Crunch is delicious, nutritious, fun, and educational for kids of all ages and orientations.

Embarrassed? Not any more. Not only will your daughter not worry about talking about it or having to bury her natural bodily functions in outdated euphemisms like "getting a visit from Aunt Flo," your son will have a better chance of finding the clitoris his first time at bat. And the red dye in the milk will prepare them both for what's to come when they're older. When did the rainbow of colors in your Froot Loops ever do that?

Oh, wait. Strike all that. I have bad news:

he wheat-based cereal — a PR stunt which won't actually ever go on sale. …

Intimina claims conversations about periods are not 'truly normalised' and it wanted to 'make a statement' about the issue.

Although it won't ever be stuck on supermarket shelves, people can get a free box by contacting the Swedish company.

Sorry, kids. This was all just a gag. A stunt to make a socio-political point. The dream of future mornings of Frosted Fallopians and Cap'n Crunch's Oops All Ovum! cereals is on hold for now. You can order your Period Crunch, but the days of store shelves being full of them are not here yet. For now you'll have to keep getting your lessons about reproduction on your phones like you were before. Carry on.