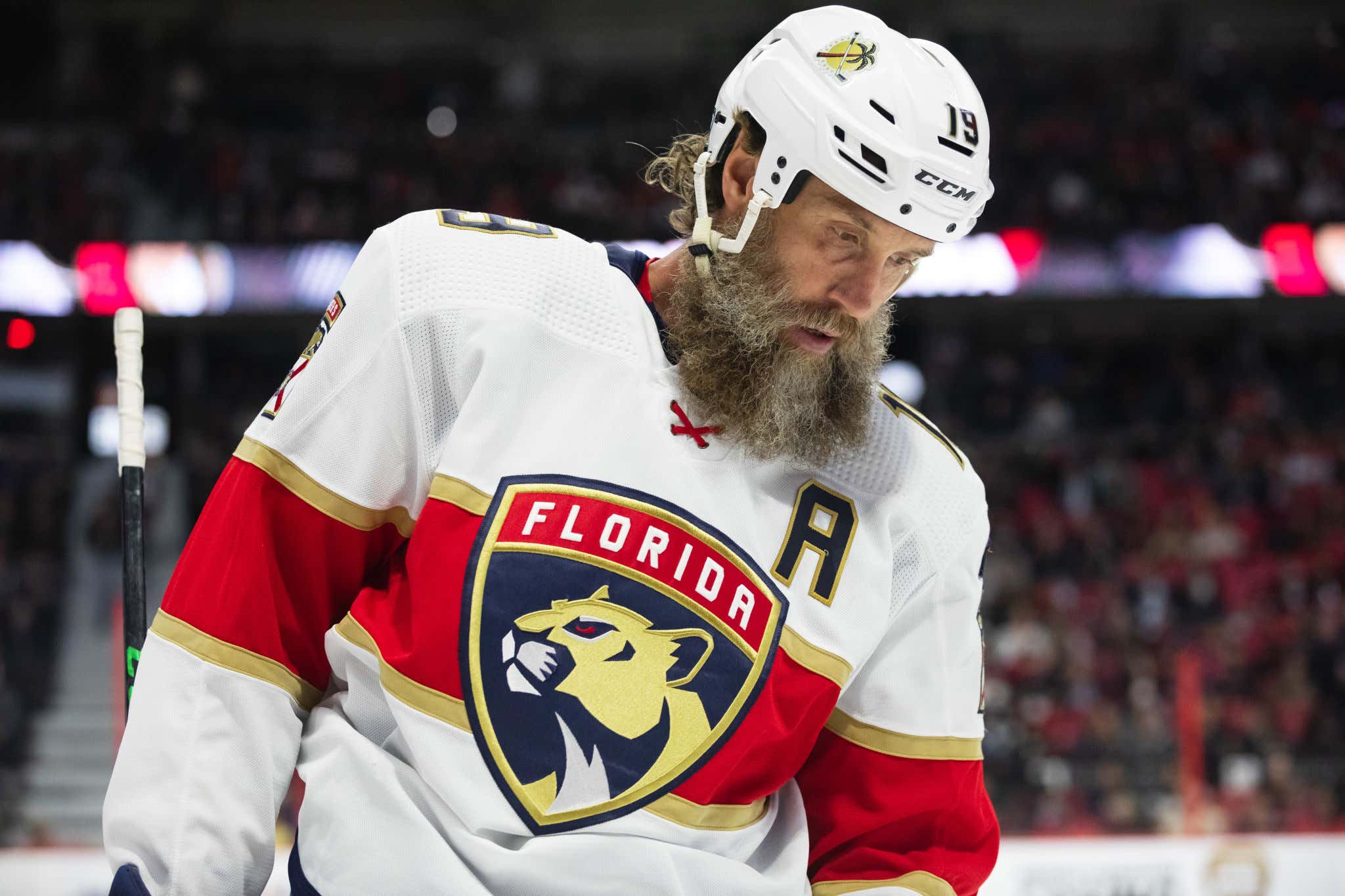 Joe Thornton is an all-time legendary hockey player. One of the best to ever to it. But he's also an all-time legendary bad decision maker. All this man wants to do is get his hands on the Stanley Cup so he can finally ride off into the sunset. He's old. He's tired. He just wants to reach the end of his journey.

He's old. He's tired. He just wants to go home. But these idiot teams keep letting him down year after year.

So here's a solution. Just let Jumbo suit up for a few shifts with whatever team he chooses in the Stanley Cup Final. Technically it wouldn't have to be a trade since the deadline already passed. But I'm sure there's some sort of loophole where he can retire today and then be able to sign with a new team for game 1 of the Final. We just can't sit around here and watch Jumbo do this to himself over and over again. We can't let him come back for another year only to have his season come to an end in May. We don't need to see a 60-year-old skin and bones Jumbo Joe out there playing for the Quebec City Coyotes in 2040 getting swept by the Lightning again on their road to their 12th straight Stanley Cup. We just can't have it.

Have some compassion. Let this legend go out with a bit of grace. Only issue is you'd still have to hope he makes the right call on a 50/50 decision on which team to play for in the Final. But we'll cross that bridge when we get to it.