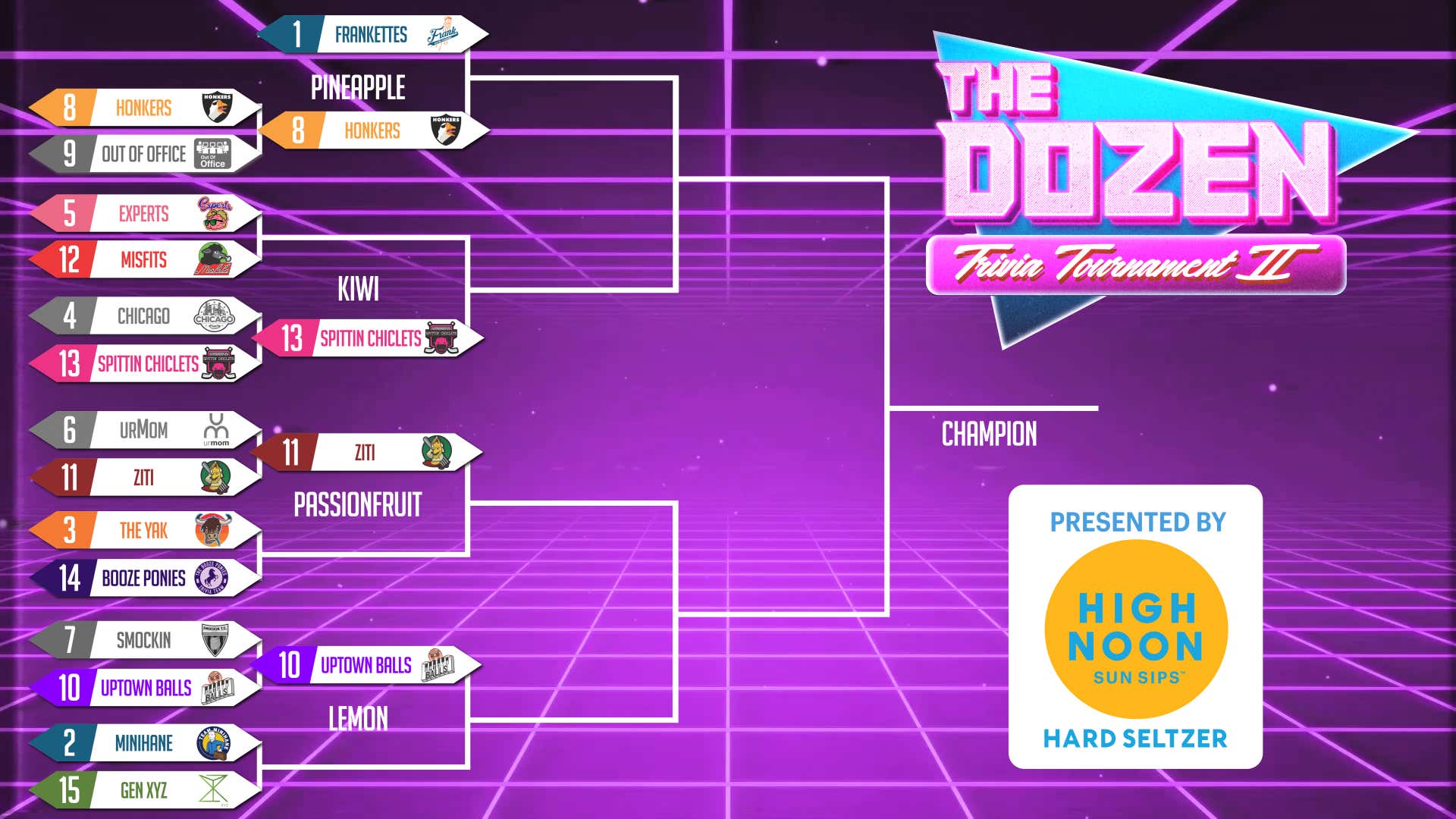 The Dozen: Trivia Tournament II presented by High Noon is back tonight! We have a doubleheader 7|6c the night after we saw two huge upsets as 10-seed UPTOWN BALLS and 11-seed ZITI moved on to the second round. With another night ahead, we enlisted one of our producers, Tyler Goochman, to break down the matchups by the numbers and why each team may win, or lose. Enjoy! 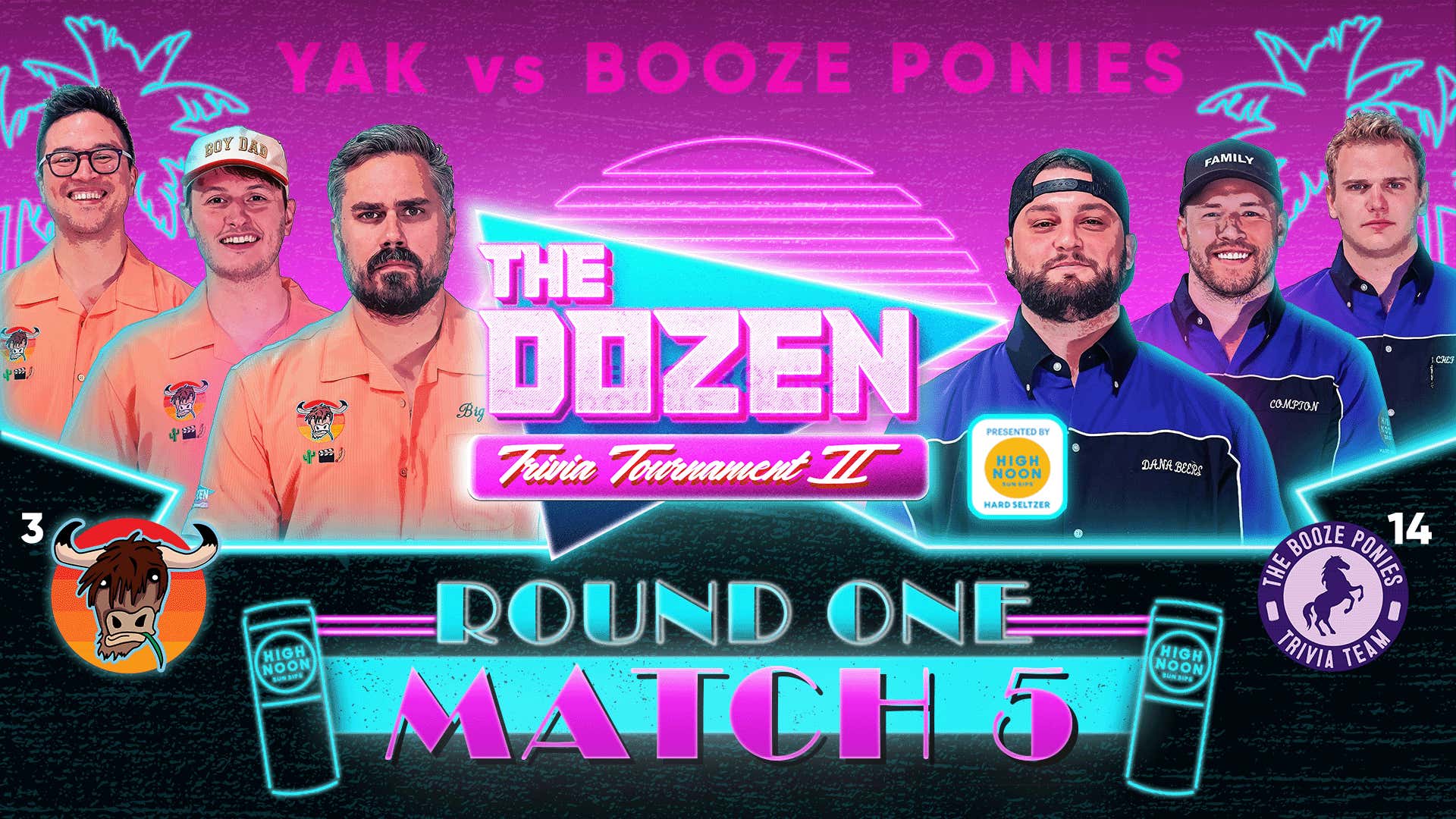 Why the Yak will win: Since their debut, the Yak has always been a top team with three players capable of taking over a game; they have a wide breadth of knowledge and can flex it while getting under the skin of their opponents.

Why the Booze Ponies will win: If Dana Beers can knock down their NBA and Niche questions if Chef Donny can get a Food question, and if Compton can hit on NFL and something random, then the Booze Ponies are a Bonus Round, and the Yak going cold in a couple of categories away from pulling off a monumental upset.

Why the Yak will lose: There is no reason to expect the Yak to lose unless they underestimate their opponent and fool around too much; even then, they could still pull it out, the Yak is a wagon.

Why the Booze Ponies will lose: They lack experience and are going against one of the elite teams; a competitive bout would earn the respect of fans. 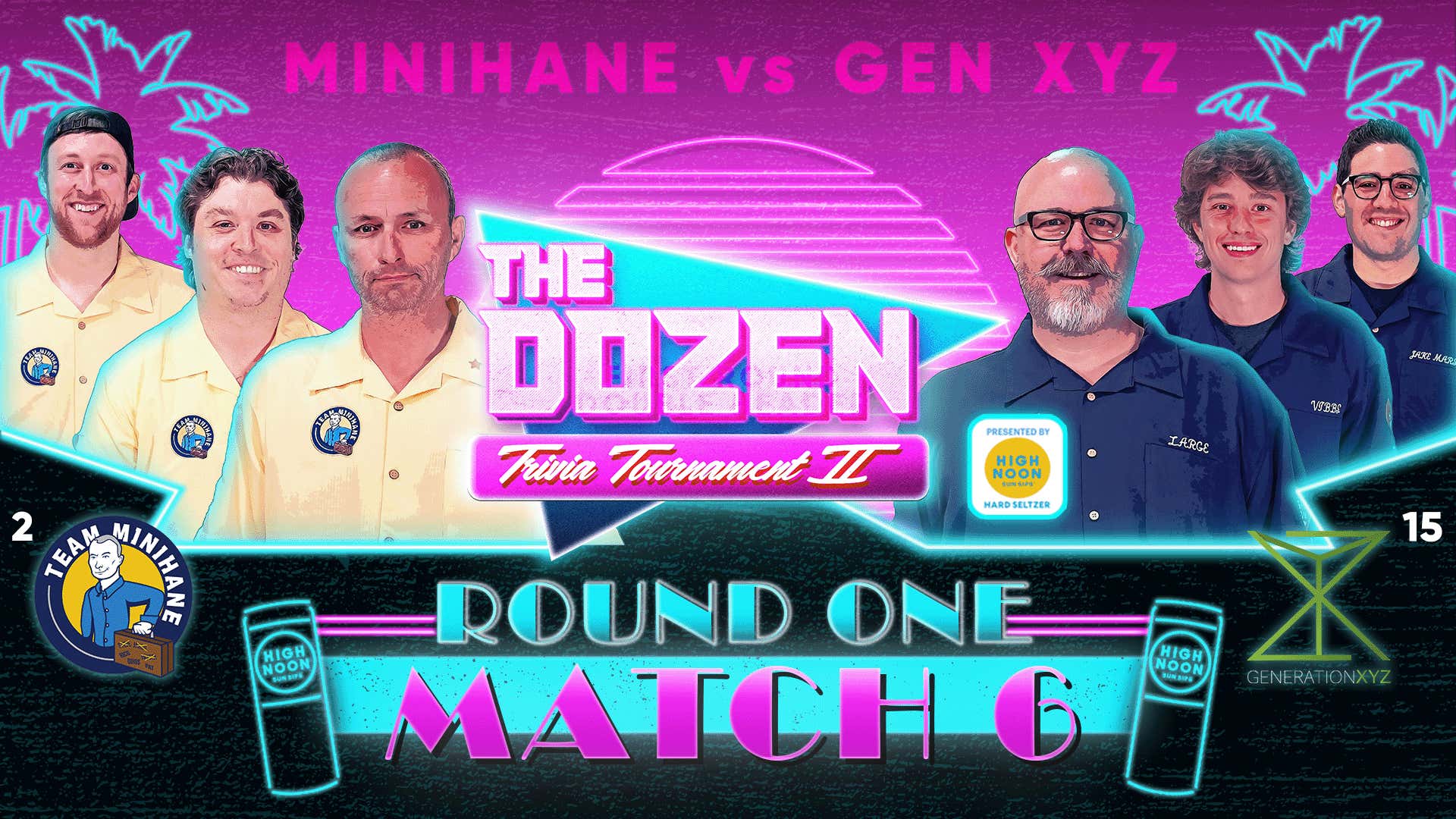 Why Team Minihane will win: Kirk is the league MVP for a reason; he is a dominant force where if he gets hot, there is no end in sight; Rico also showed up big last season in their tourney game, so maybe he is a bright lights player.

Why GEN XYZ will win: Gen XYZ is like Texas Tech Football, where regardless of the outcome, they are putting up points on the board; Large, Vibbs, and Jake are one of the few teams where all three can put up 5+ points in any match-up, and there is a reason they made it to the semifinals last season.

Why Team Minihane will lose: The team is built upon the success of Kirk, where if Kirk goes cold, so does their team’s chances of winning.

Why GEN XYZ will lose: Large said it, it has been an up-and-down season with no ups; as much as XYZ can score points, they have been a rudderless team with no cohesion or teamwork at times.