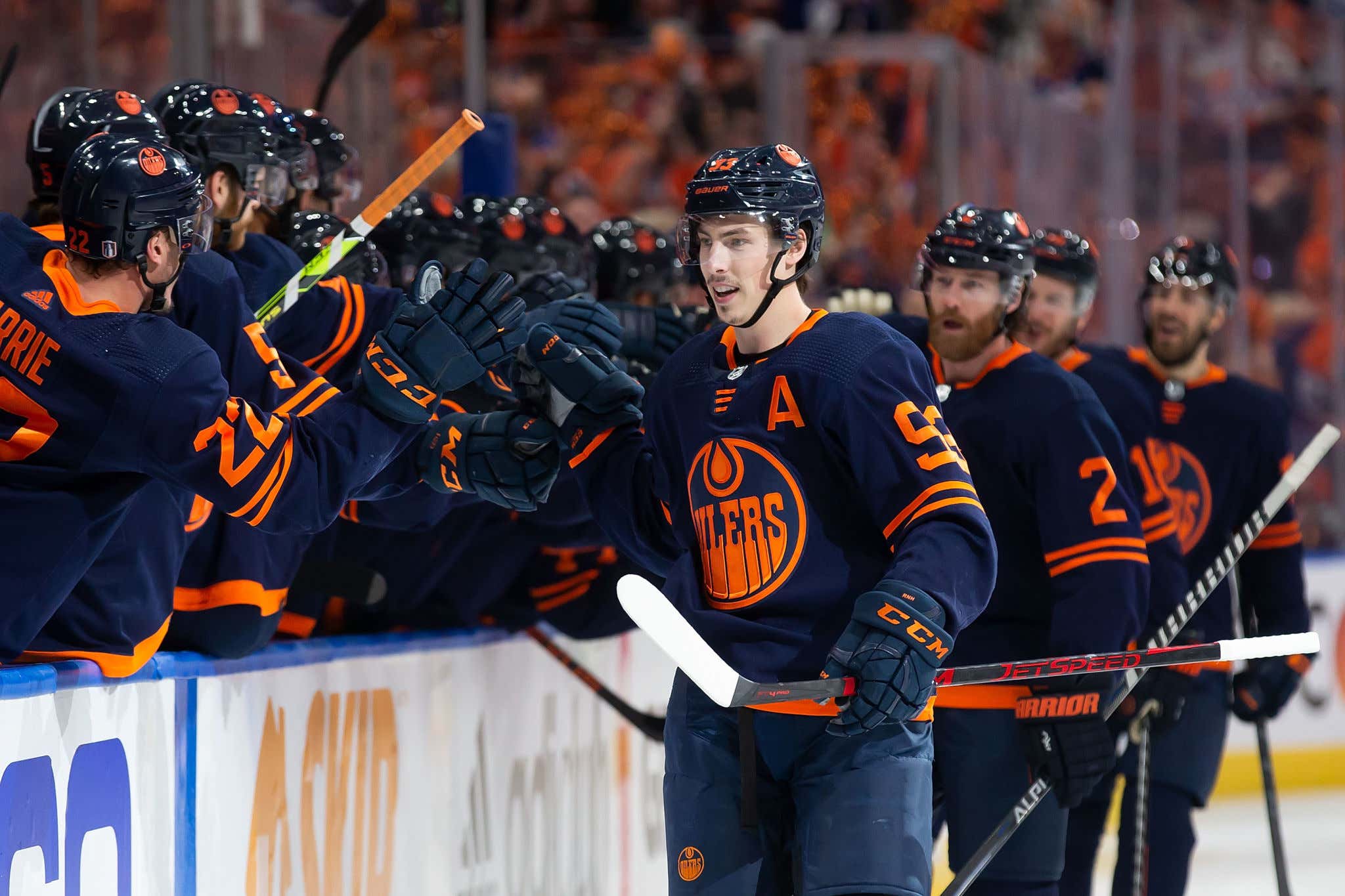 The Battle of Alberta kicks ass. Could not be more intense. So much at stake. Second round of the Stanley Cup playoffs. It's lit. Sheer chaos all series. A 9-6 opening win by Calgary, now followed by three straight victories by the Oilers. And that's largely thanks to Ryan Nugent-Hopkins.

Jacob Markstrom acted a fool with a poor play on the puck to hand Nugent-Hopkins an easy goal and Edmonton a 1-0 lead just 21 seconds into tonight's Game 4. Then Markstrom let in two more shots in the opening period to put Calgary in a 3-0 hole. But it was actually Nugent-Hopkins' last goal that would be the most important.

In a 36-second span in the second period, Oilers goalie Mike Smith let in two goals. When it looked like the home team would survive, Smith let in a damn near full length of the ice shot by Rasmus Andersson slip past him.

STUNNING. Just fucking unspeakable. A blown three-goal lead. All the momentum on Calgary's side. This puppy was about to be tied 2-2 heading back to the Saddledome, and Smith may have never recovered. A 40-year-old veteran with this type of shot at a championship, and the likes of Connor McDavid and Leon Draisiatl in front of him to help the cause? It'd be hard to bounce back from that.

Much to the delight of the Edmonton faithful, Ryan Nugent-Hopkins said, "NOT TODAY!!!"

I'd be lying to you if I said I wasn't rooting for the Oilers. I do try to be objective. However, if you want to grow the game of hockey and are a champion of the sport in any capacity, you should want the best players to get the maximum exposure possible. What McDavid is doing this postseason is unbelievable. He deserves to be seen. Edmonton hasn't given McDavid and Draisaitl the proper personnel or circumstances to go deep in the playoffs until now, apparently.

The Oilers now find themselves one win away from the Conference Finals, where they'll likely face the Stanley Cup favorite Colorado Avalanche. Imagine the insanity of McDavid, Draisaitl, Nugent-Hopkins and Co. going up against the Avs' mind-blowingly deep group of forwards and historically-great offensive defenseman Cale Makar.

To drive the main point home: Thanks to Nugent-Hopkins stepping up in key moments of Game 4, instead of Smith, it's Markstrom who's dealing with some serious psychological scar tissue and is suddenly faced with elimination.