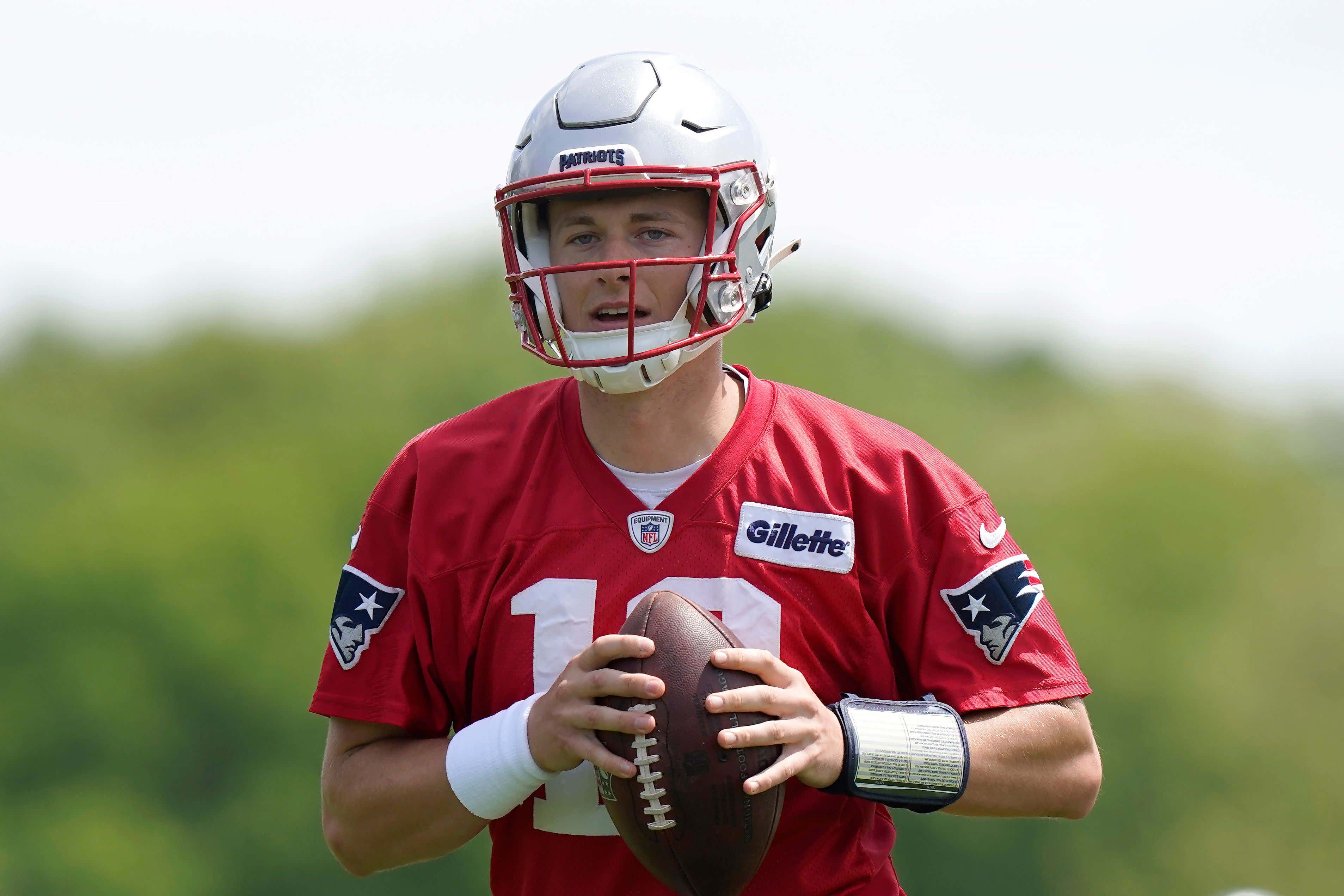 These are fascinating times to be a big Mac Jones fan.

I admit that I'm far from unbiased. I was in on the ground floor of Team McCorkle, targeting him as the Heir to the Patriots Quarterbacking Throne as far back as the three-game losing streak in 2020 that potentially put him within their grasp. And therefore feel some ownership in his success. And so when there are reports saying "the Patriots sound ecstatic" with his progress this offseason:

… I feel ecstatic too.

Likewise when he shows up to involuntary minicamp looking visibly improved from the Dad Bod kid with the cigar in his mouth who won the National Championship at Alabama. So much so that his veteran wideout can't help but be impressed:

Then when Jones lights it up on his first practice of Year 2 in front of the media - while taking play calls from a rotation of Joe Judge, Matt Patricia and Bill Belichick - and afterwards says:

"I've probably learned more this offseason than I ever have about my diet, sleep, nutrition, wellness, all that stuff. I've taken what I've learned that I feel will help me and applied it. Obviously, listening to Ted [Harper, team nutritionist} and everybody, following their plan, eating healthy, taking out a lot of the things that are bad for my diet. … I've definitely trimmed down on the body fat a little bit. I'll get a chance to bulk back up before the season starts and be able to absorb the hits."

… you'll just have to learn to tolerate me if I'm feeling even better than ecstatic about the situation. We all saw how good he looked in 2021. Poised. Accurate. In charge. Processing information quickly. Limiting mistakes. Minimizing errors. Tough. Durable. Handling the rigors of an 18 game season. And that was when he was coming off a long season of college ball against the highest levels of competition in the nation, working on his draft situation all spring and having to outfight a former MVP with a Kryptonian body all summer. Now that he's in "the best shape of his life" and lost the gut, and has an year in the program to build on, you'd have to be the worst sort of dreary, soulless pessimist to not be bullish on the Mac Jones Futures market as a long- and short-term investment option.

Which brings me to this, from NFL Network:

I know the game. I've done these TV hits where the job calls for you to make bold predictions, the most out-there the better. Because you're after audience engagement first and foremost. But also if you're wrong, no one remembers. And if you're right, you're a prescient genius. But in this case, Schrager's logic is sound. Mahomes won his after just one start in his rookie season. Jackson won his at the tender age of 22, after just seven rookie starts, with 6 TDs and 3 INTs. Jones has already gotten 10 wins, after having 13 the year before at Bama. He threw for 22 scores last year after having 41 the season before. His wideout depth chart has added DeVante Parker and a rookie with 4.2 speed in Tyquan Thornton, who Bourne also praised for his "blazing" speed (while admitting they'll have to put some pounds on him):

So why not, Mac Jones for 2022 MVP. At least as a dark horse candidate, like Mahomes and Jackson were as sophomores. Ultimately the goals around here have nothing to do with individual honors. And if Jones wins a lot more rings than he does MVPs, that will be a pure good. Still, I'm glad to be hearing this talk out of somebody. I'm just sorry anyone beat me to the punch.