A young married couple decided to take a stroll through the local zoo on their day off.

They walked by several caged animals, but when they got to the one with the gorilla, they decided to stop and get a closer look…

The zoo was empty, so the guy said to his wife playfully, "Hey babe, lift your top and let's see how the gorilla reacts…"

Hesitant at first, his wife looked around, and when she didn't see anyone, she proceeded to lift her top. The more she lifted it, the wilder the gorilla became.

Then the husband said, "Okay, babe, now take off your shorts…"

The wife initially protested but then decided to go along with it. As she began to drop her shorts, the gorilla started going crazy, banging the cage repeatedly in a lust-filled rage.

The husband, now totally amused, urged his wife to go all the way and remove her panties and show the gorilla her 'heavenly mound'. By the time her panties were down at her ankles, the gorilla was going absolutely ballistic!

Then without warning, the husband grabbed his petite wife, tossed her into the cage with the gorilla, and said, "Go ahead babe, tell him, 'not now dear' you have a fucking headache!" 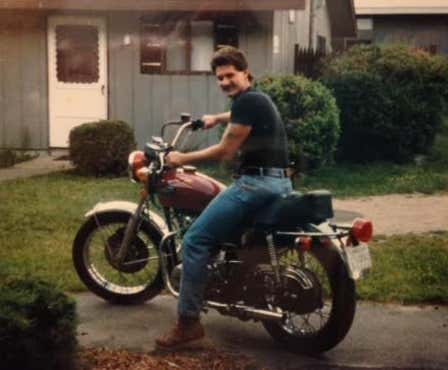 Celebrate the One-Year Anniversary of "Lighten the Fuck Up!" by purchasing an LTFU stretch-fit cap or short-sleeve tee and send a message to the world… (This is LTFU joke #90)