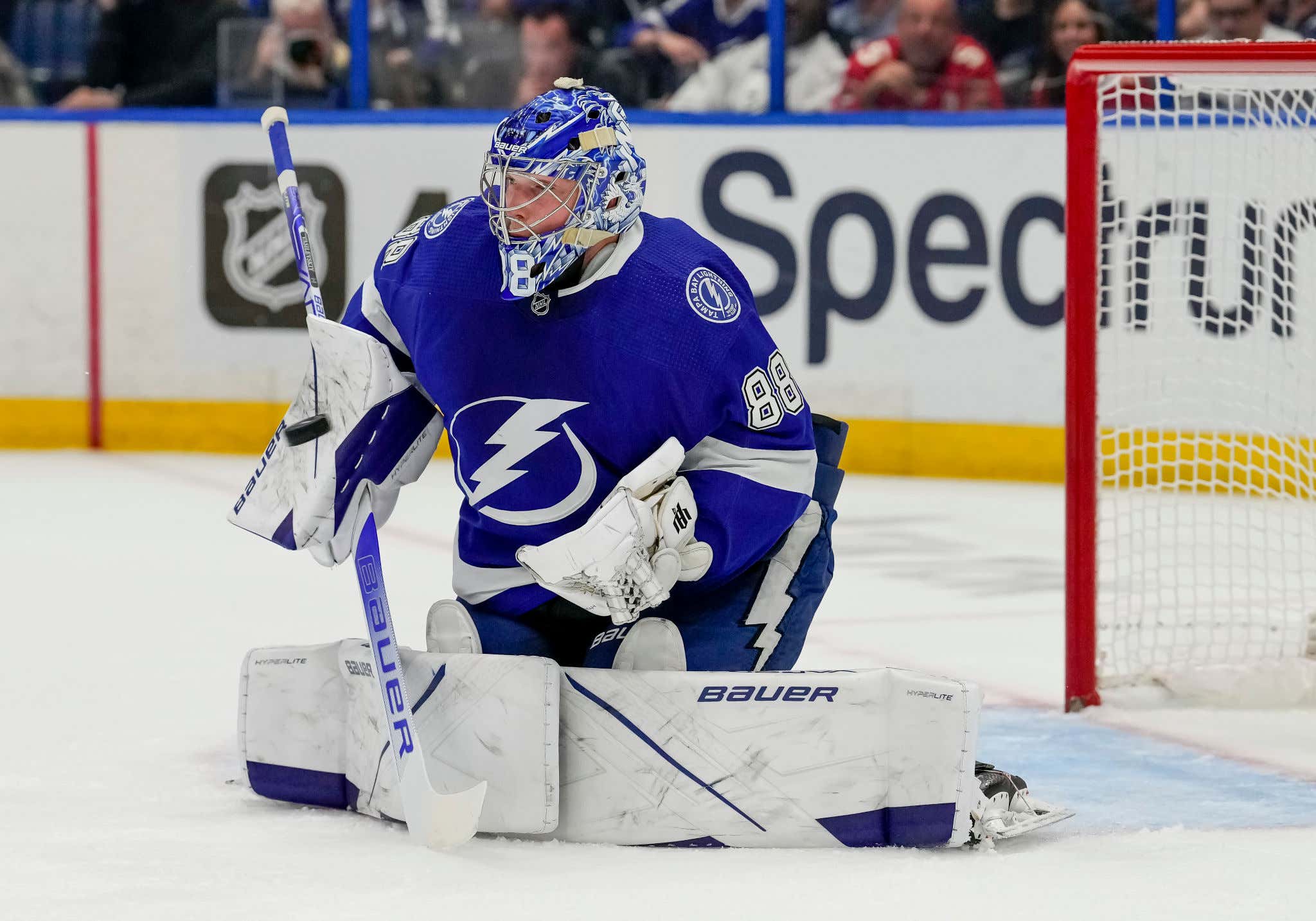 Hockey is actually an incredibly easy sport. All you need to do is get yourself an Andrei Vasilevskiy and you're good to go. He's led the Tampa Bay Lightning to back-to-back Stanley Cups and looks like he's well on his way to a 3rd in a row. During that time the Bolts have won 10 playoff series in a row. They're just the 3rd team in NHL history who have done that, and the first since the Islanders dynasty in the 80s. And in those 10 series…

12-9 in series clinching games, and 6 of those wins have been shutouts. And those 6 shutouts have all come within the last 7 series clinching wins for Vasilevskiy. He shutout the Stars in game 6 of the 2020 Stanley Cup Final. He shutout the Panthers in game 6 of the first round in last year's playoffs. Then he shutout Carolina in game 5 in the 2nd round. Another shutout against the Islanders in game 7 of the semifinals. Another shutout to win another Stanley Cup in game 5 of the Final against the Habs. And then last night's shutout against the Panthers in which this sick bastard only gave up 3 goals the entire series.

Just 3 goals allowed in 4 games against the team that has scored the most goals in NHL history. Seems like a decent enough chance for the boys. What a fucking maniac. What a ridiculous human being. If the clutch gene is real then the goddamn Russians have found a way to isolate it and scientifically engineer Vasilevskiy in a lab. Michael Jordan. Kobe Bryant. Rocky Balboa. All some of the most clutch athletes in the history of humanity, and Vasilevskiy goes right up there with them.