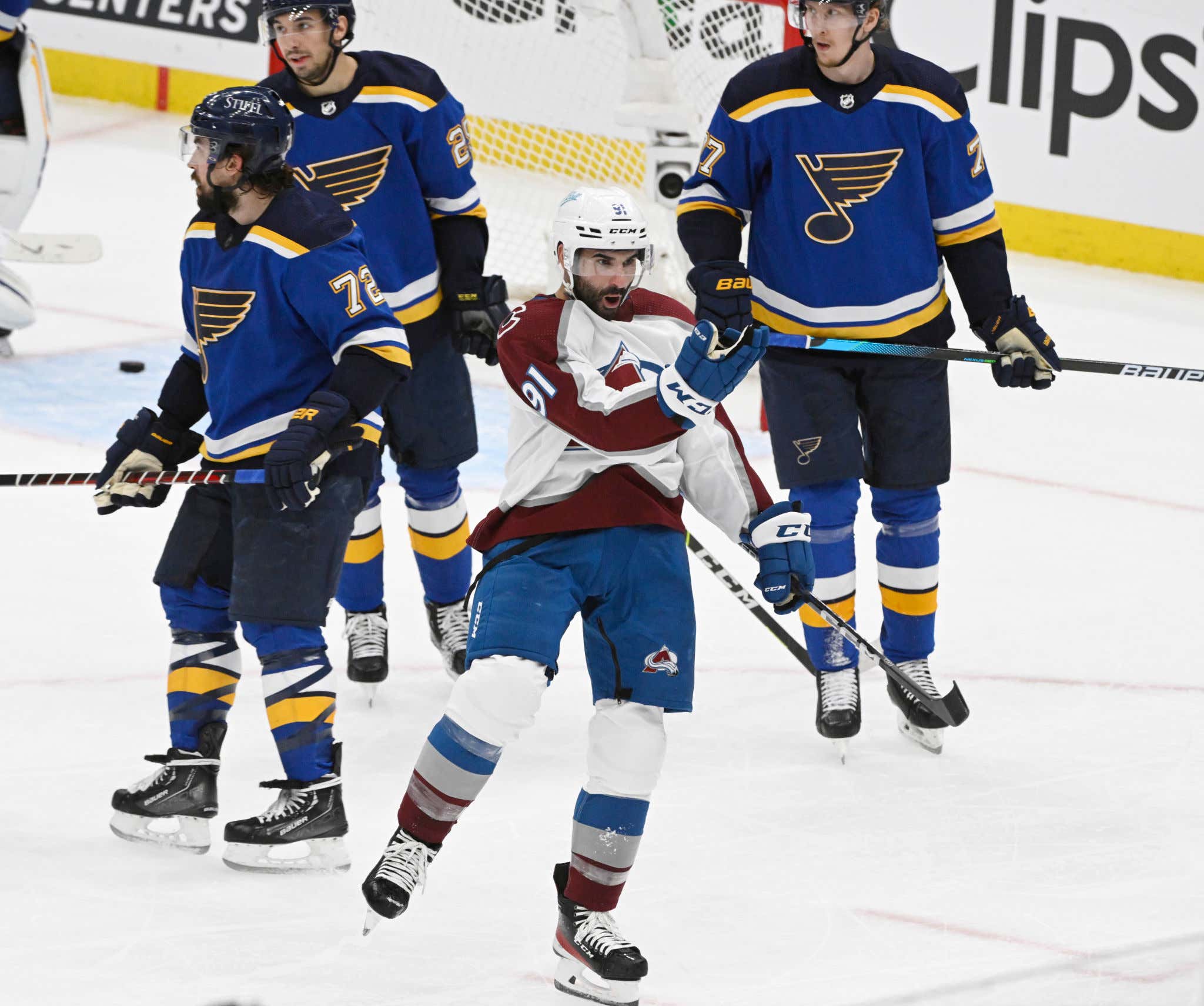 What we are witnessing here in this Colorado vs St. Louis series is one of the most historic backfires of all time. Just for a bit of context in case you somehow missed it, Avalanche forward Nazem Kadri had a bit of a collision with Blues goalie Jordan Binnington in game 3 of the series. He sure as shit didn't purposefully run himself into Binnington, but because Kadri has been suspended plenty of times before it's hard to give him the benefit of the doubt that he even considered trying to avoid the contact.

Again it's a dicey situation here. You can't blame Kadri for going after a rebound as hard as possible in a 1-goal playoff game. The result obviously sucks with Binnington getting injured, but that's just playoff hockey. It's a physical game and sometimes shitty results come out of ordinary situations. Same exact thing goes for the Barbashev hit on Girard, which was even more reckless in my opinion. But it's playoff hockey and guys are trying to finish their checks. Shitty results happen, but you move on from it.

Somebody forgot to tell those buffoons in St. Louis that's just a part of playoff hockey. Because instead of just moving on and focusing on game 4, those bozos decided the best course of action would be to hurl a few racist death threats towards Nazem Kadri online.

Takes a real tough guy to say all this shit in the DM's. Hope nobody ever messes with the big bad city of St. Louis ever again. Toughest city on the internet, confirmed.

But that brings us to last night. You have the Blues head coach Craig Berube talking about Kadri's reputation. You have Blues fans being a bunch of racist bastards on Instagram. You have Binnington out the rest of the series. And you still have a game 4 to worry about with your team down 2-1 in the series. You'd think winning the game would mean more at this juncture than getting back at Kadri, but that's where you'd be dead wrong. Because the Blues don't give a shit about their season anymore, clearly.

David Perron and Pavel Buchnevich both chipped in to get St. Louis on the board with the first goal of the game. Then those two idiots both chipped in to throw any chance of a comeback out the window when they both went after Nazem Kadri in the 2nd period. The Avs scored 3 straight quick ones, Perron and Buchnevich both get tough after the whistle, they both end up in the box to give the Avs and 5-on-3 powerplay, and then right as the powerplay expires?

Technically an even strength goal, but that one gets hung directly on Perron and Buchnevich. At least Perron got a great look at it, though. Would have been a shame if he didn't have a good angle because he was still watching from the box. He even tried to give Kadri a congratulatory elbow to the face after the goal.

Funny enough, Perron would score again and then Buchnevich got his first goal of the playoffs to make it a 1-goal game right before the end of the 2nd period. Maybe the Blues would have a chance to even up this series after that. Until…

Get those hats on the ice, St. Louis!! Matter of fact, pull your pants down while you're at it so Kadri can give you a nice little spanking. First career playoff hat trick for Nazem Kadri and all he needed was a little extra motivation.

That's just beautiful right there. St. Louis fans directly responsible for the Avs putting a 3-1 stranglehold on this series. Game 5 tomorrow night in Colorado, the tee sheets will be filled in St. Louis on Thursday morning. Tarasenko entering the final year on his contract, too, so you have to wonder if that'll be his final game in a Blues sweater. Philly will take great care of him.