Not that this heckler has been effective. Far from it. He's been screaming like an asshole all game and the Mets have just routinely been dusting whatever pitching machine the Giants have wheeled out there. It's pretty much like watching a real life version of this. 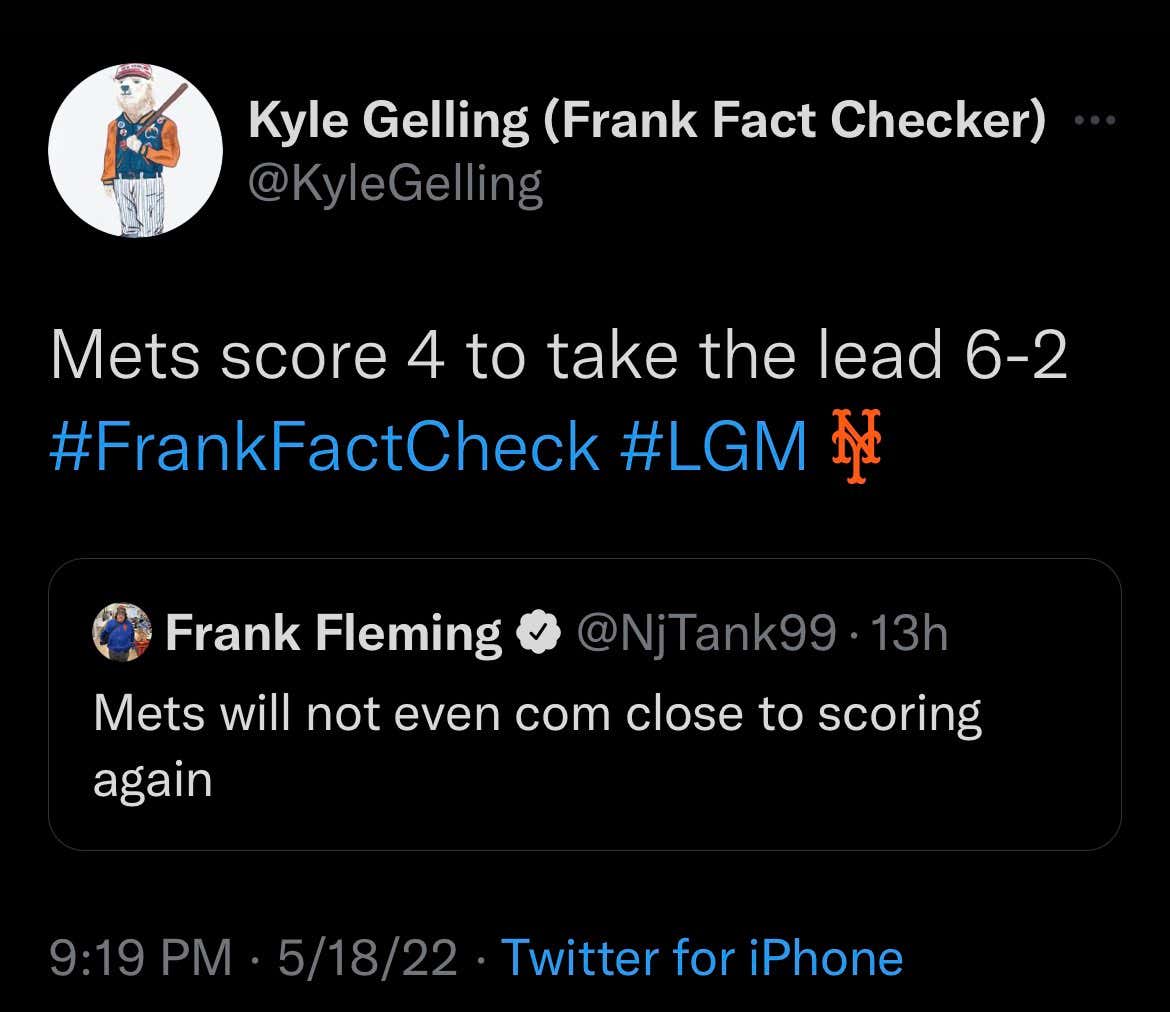 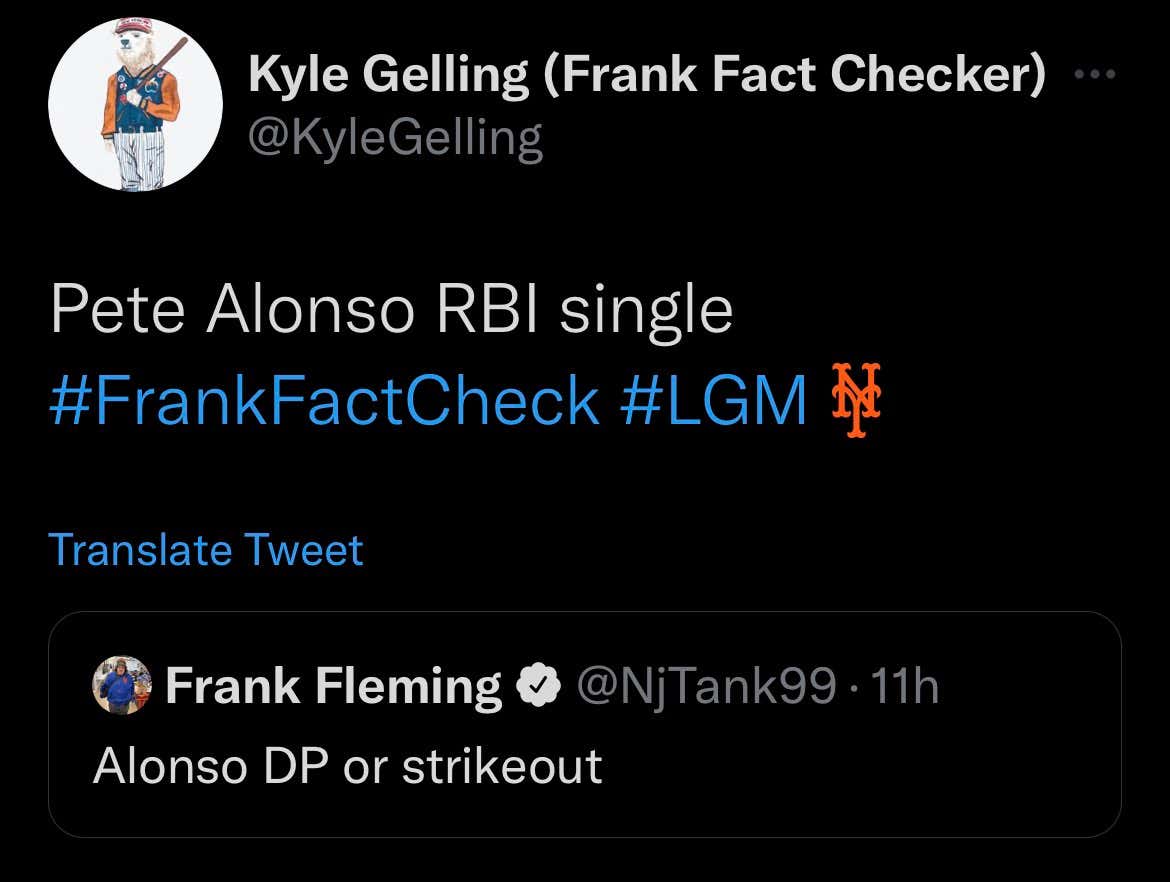 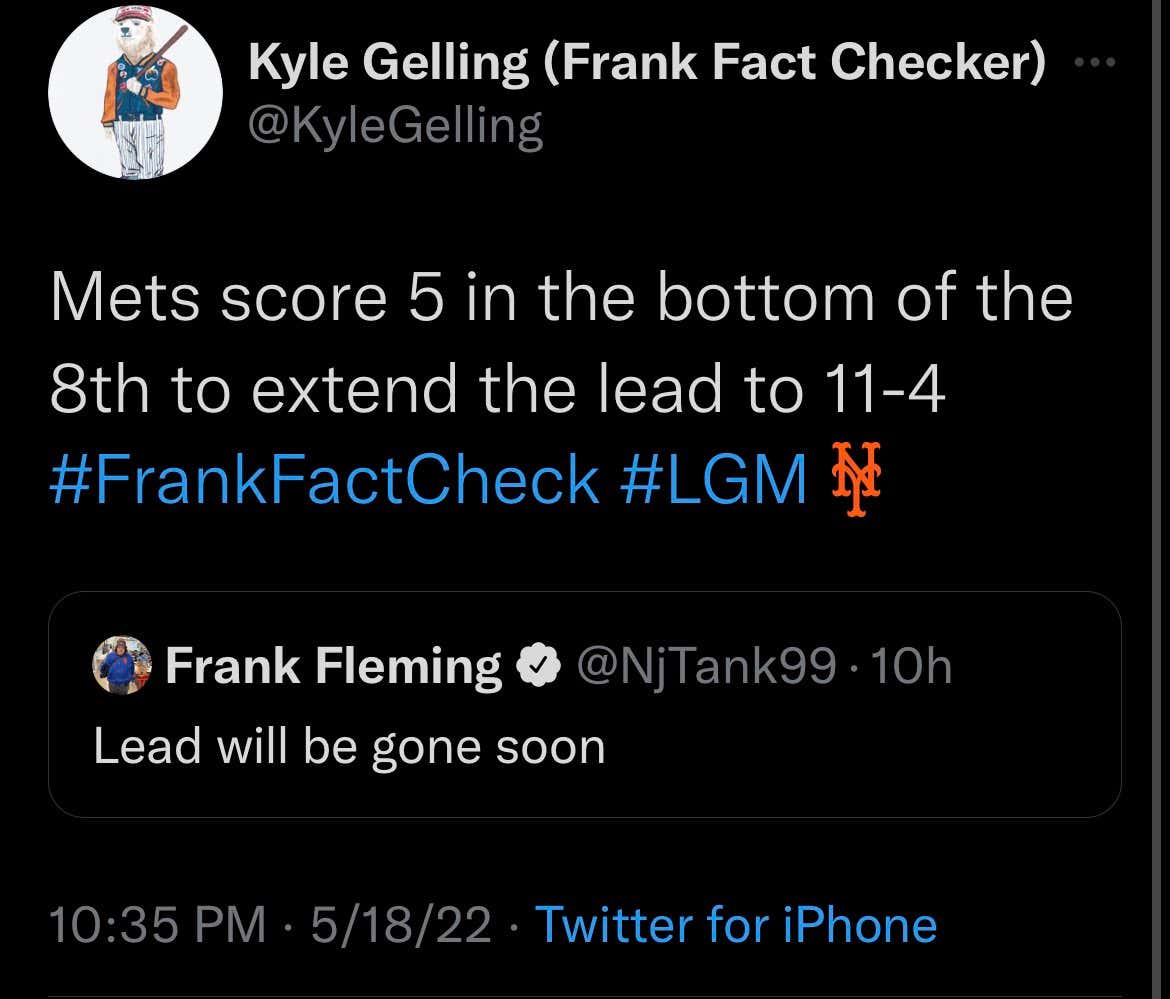 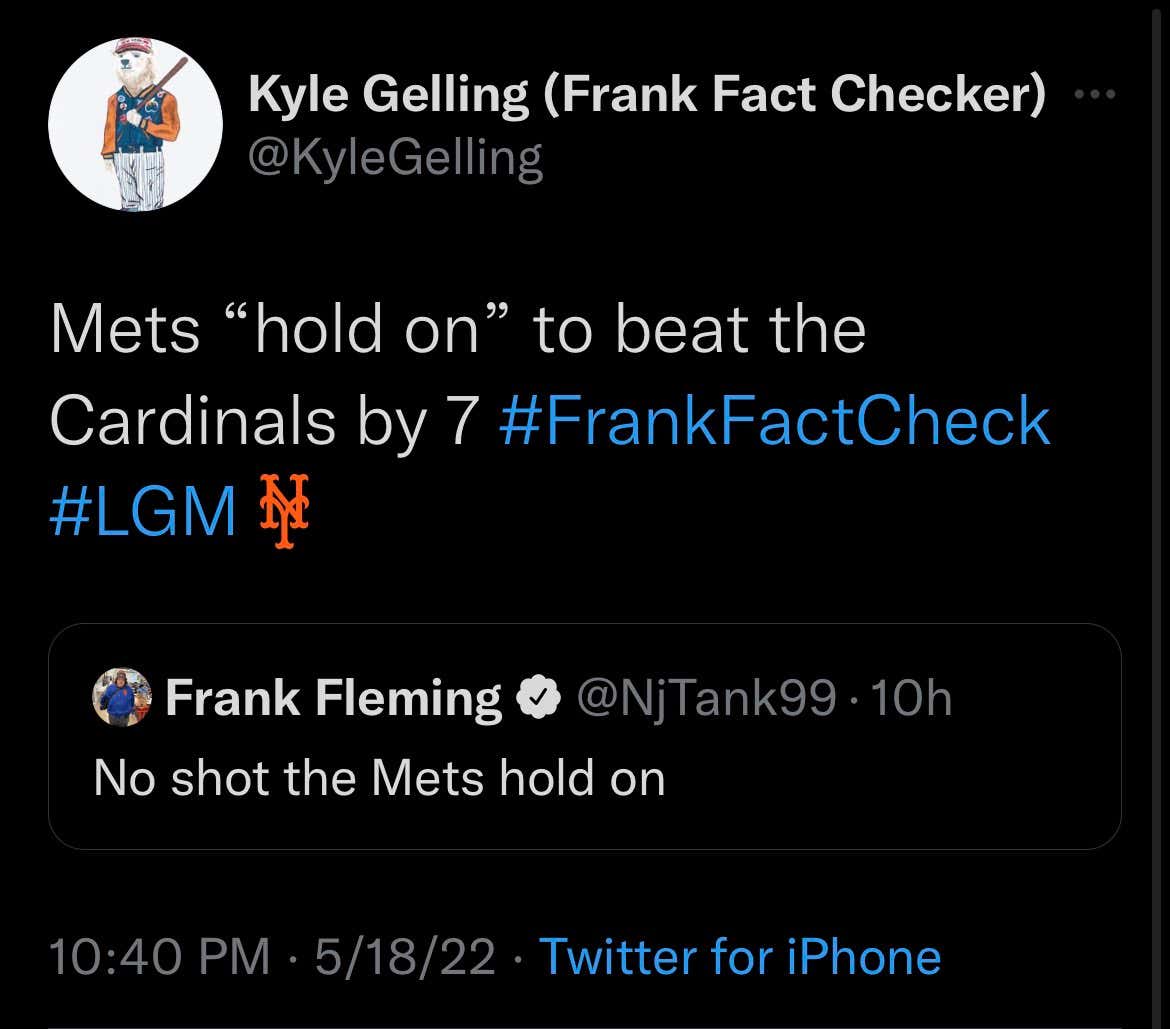 I need to go to bed because the kids are gonna be up in about 5 hours, so if the Mets can stop hitting bombs for a little bit so Gary's voice doesn't wake me up for the rest of the night, I'd truly appreciate it. Even though I love watching this loser take L's.

UPDATE: Okay, now shit is getting sad for the big bad Giants.