ESPN - The Washington Commanders paid more than $100 million for land in Virginia, a possible next step in building a new stadium, as well as numerous retail shops, restaurants and apartments.

According to a source with knowledge of the purchase, the Commanders paid a little more than $100 million for approximately 200 acres. The deal was completed late last week, but has not yet been filed with Prince William County, the site of the land. One source called it the team's preferred site for a new stadium, but other options remain open.

There's a chance the franchise will buy another 65 to 70 acres at a site that is approximately 23 miles from Washington, D.C., and would be right off an exit on I-95 in Woodbridge, Virginia. It would be approximately 80 miles from Richmond.

The Commanders like this site because of how it can be developed. According to a source, their plans include a 60,000-seat domed stadium -- so it can be used throughout the year -- as well as: the team's practice facility; an amphitheater that seats between 15,000 and 20,000; a small indoor music arena; high-end retail shops; bars and restaurants and residential living. The roof would be translucent and the stadium's facade could change colors -- it would be white during the day and, for example, burgundy at night.

Let me say this- anything would be better than FedEx Field, obviously. Playing on the Moon very well could be a better location and provide an easier trip to and from the stadium than the current location.

And I'll continue being positive- the plans sound great. A domed stadium, a new music venue, bars, restaurants, and condos? All wonderful. It has worked magnificently in Navy Yard for the Nats, and if done correctly could work wonderfully at the new stadium site.

The issue though- PUBLIC TRANSPORTATION. Bro. Why would you ever want to put a new stadium in the burbs of DC where you can't take the Metro to and from it? The idea drives me bonkers times a million. People don't want to worry about paying $70 for parking and then driving home. And more importantly, people wanna get drunk! And this site is justtttt far enough away to make Ubers super expensive.

A new report is saying the stadium would be closer to Woodbridge, not Dumfries, which makes it a shorter trip. But still, no Metro is a disaster.

The best case scenario is Dan buys this land, starts building the stadium with his own money, and then is kicked out of the league. Then the new owners come in, are gifted the RFK site from DC, and build the brand new, state of the art Serena Williams Stadium (in this dream Alexis Ohanian and his wife Serena buy the team). That would make my life complete.

Oh, and no, it's no coincidence this news was leaked today to try and get the focus off the rumor the other owners want to kick Dan out. Classic Lil Dan Dan.

PS: Never forget when this was a rendering for a new stadium. I will always love and cherish it. 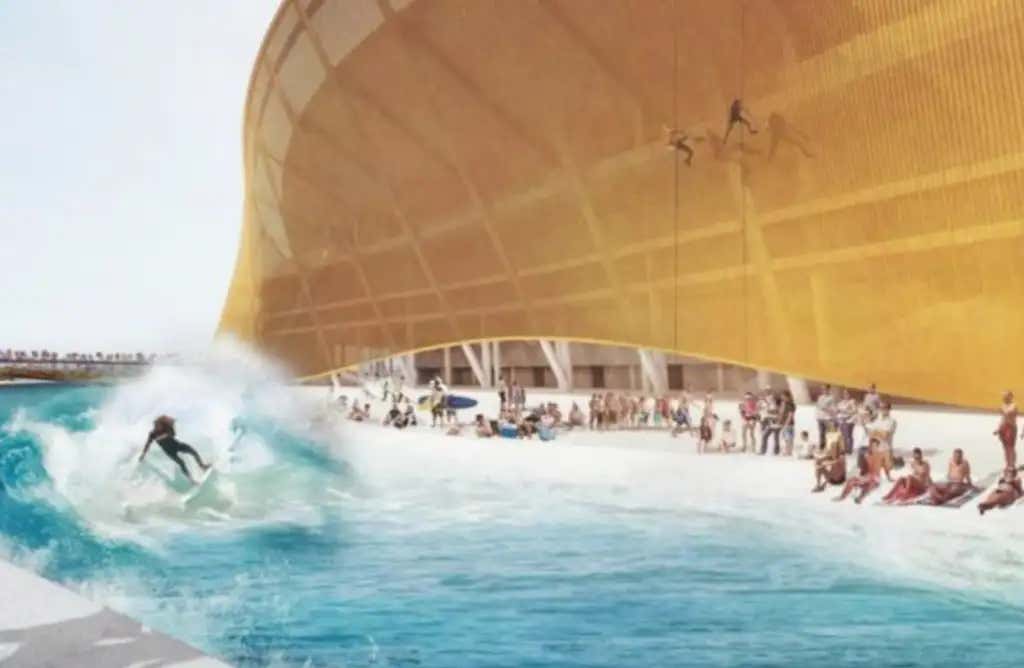