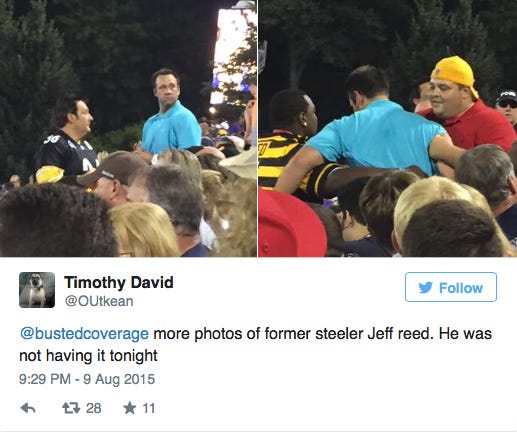 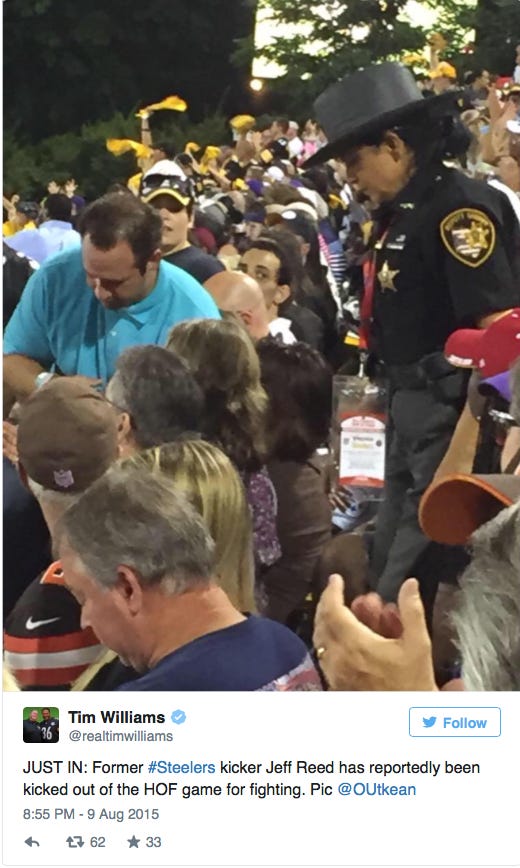 (Source) According to WDVE’s Dale Lolley, Reed was “asked to leave” in the middle of the game. Reed, a Steeler for nine seasons from 2002 to 2010, had quite the reputation for crazy behavior during his career. He was arrested for disorderly conduct and criminal mischief after he reportedly destroyed a paper towel holder at a Sheetz convenience store in New Alexandria, Pa. He was also cited for public intoxication and disorderly conduct just eight months later after a night out celebrating a win over the Cleveland Browns.

If you thought you had heard the name Jeff Reed for the last time in your life well you were oh so wrong because you clearly never planned on him getting hammered drunk and causing a scene at the Hall of Fame game in Canton Ohio now did you? You just know Jeff Reed kept on telling everyone in ear shot that he is Jeff Reed, THE Jeff Reed, yes THAT Jeff Reed. I don’t have confirmation on what exactly happened but I can also tell you that’s exactly what happened. Probably was sitting in the stands, blacked out, trying to tell stories of the time he kicked a Field Goal at Heinz Field straight into the wind while nursing a sprained ankle , only to have everyone tell him to shut up and watch the game. But no no no, “do you even know who I am, bro?” a drunken Jeff Reed most likely mumbled while everyone stared on quizzically. They teach you how to be a pro athlete, but they never teach you how to deal with life once the bright lights start to dim. Poor Jeff Reed, a Kicker who thought he was actually famous, tragic. 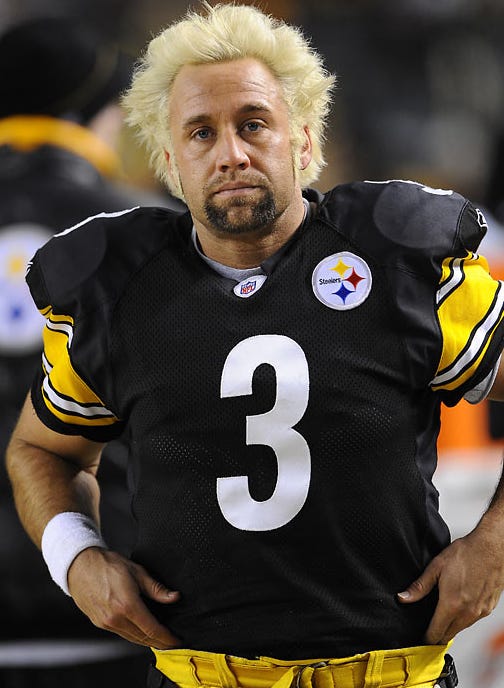 Love this move, the “maybe if I stand up while everyone is sitting and look around people will notice that I’m Jeff Reed and ask me questions about what it’s like to be Jeff Reed”. 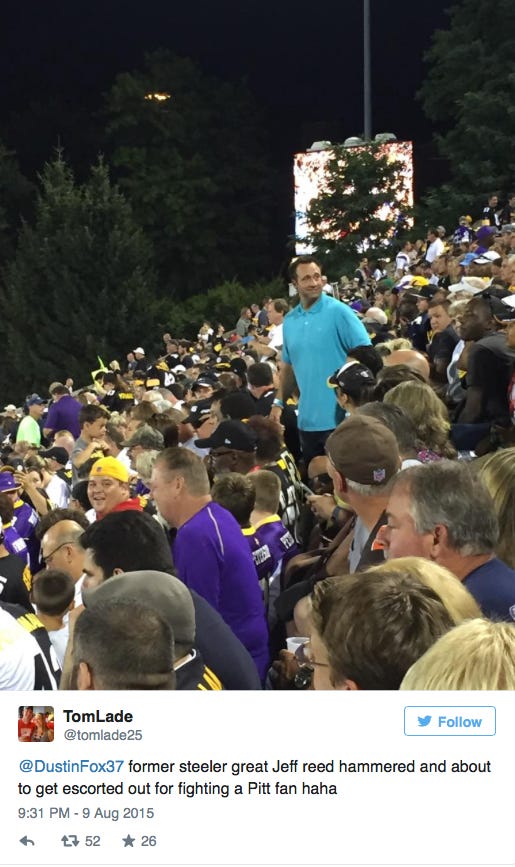